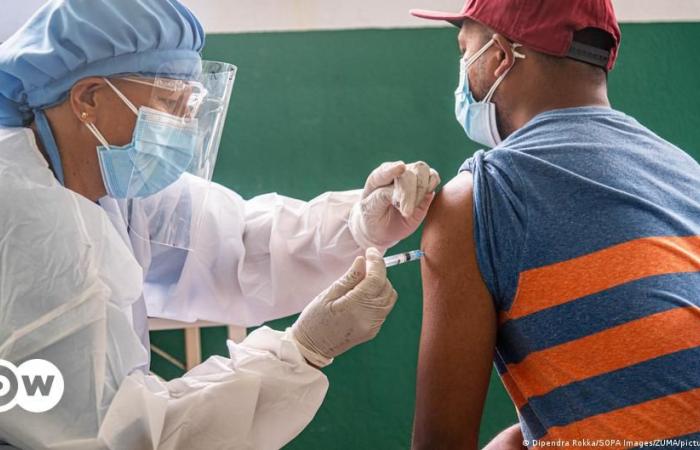 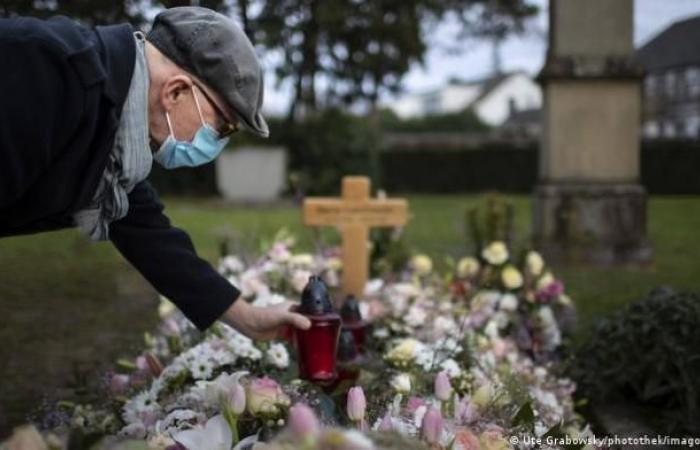 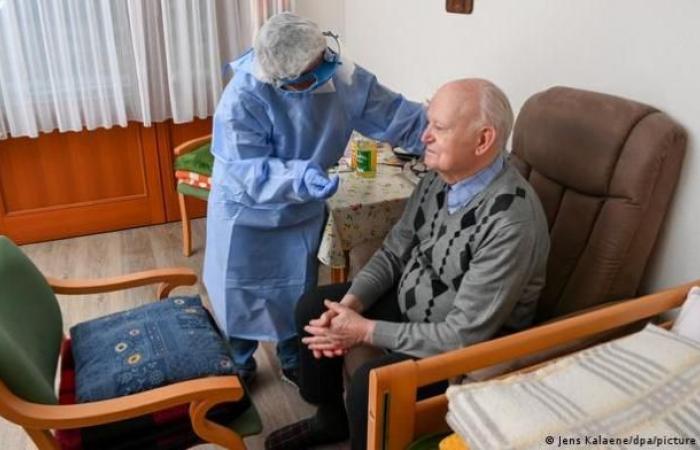 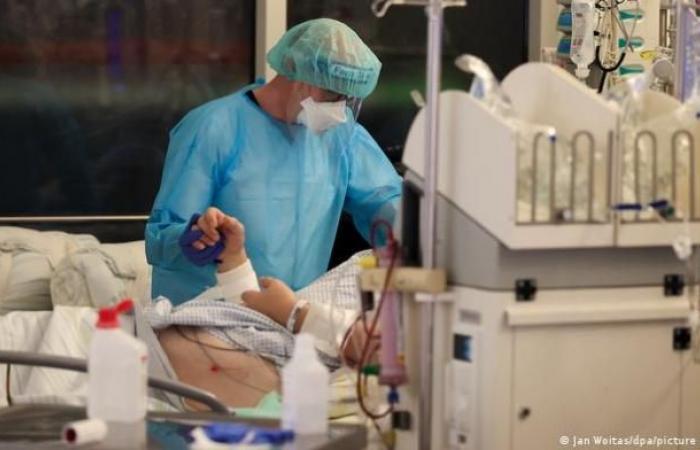 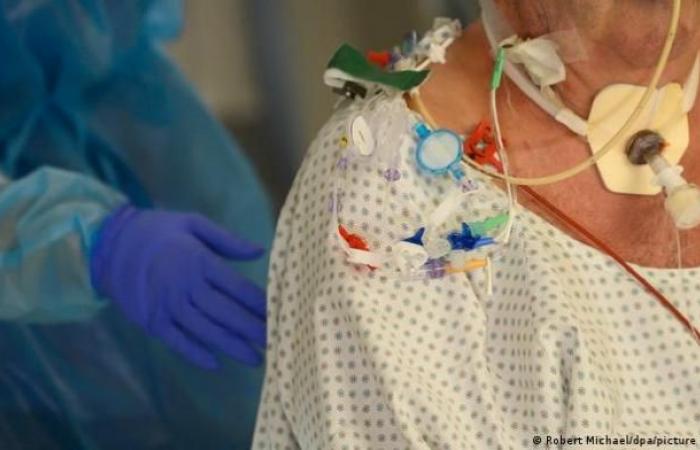 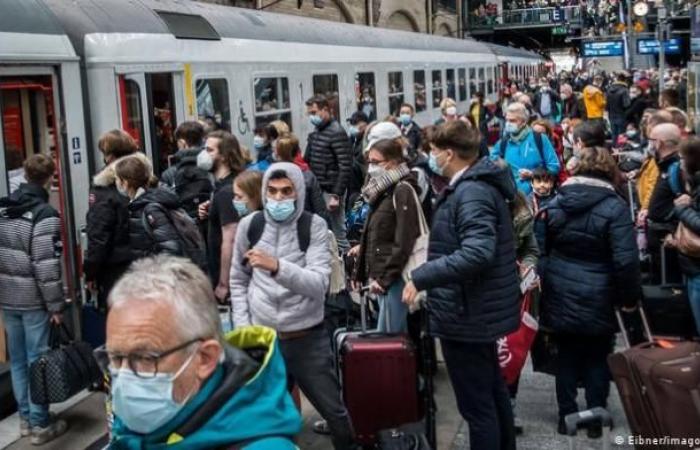 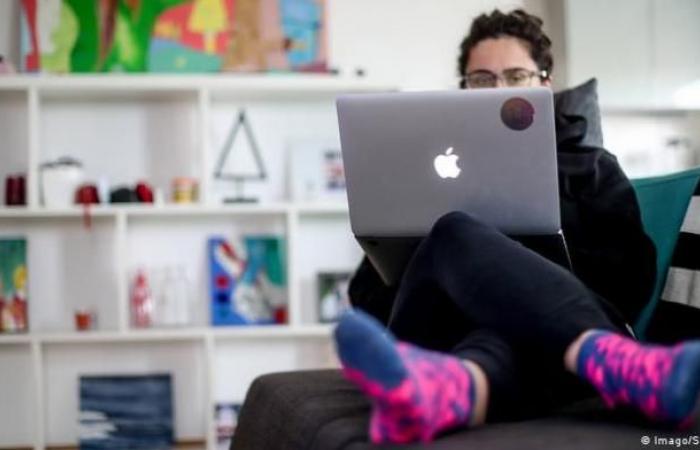 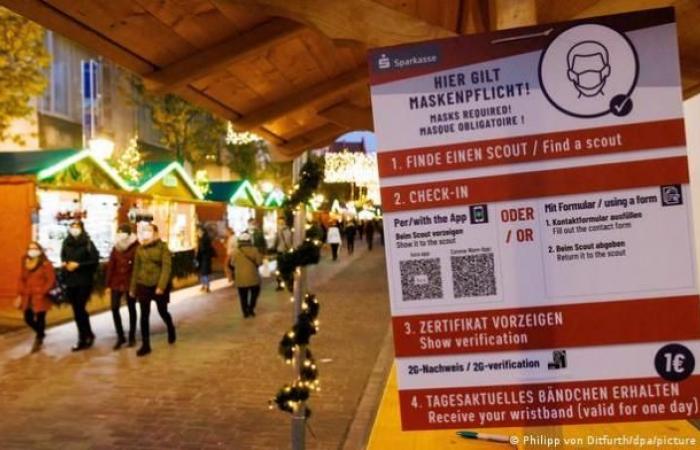 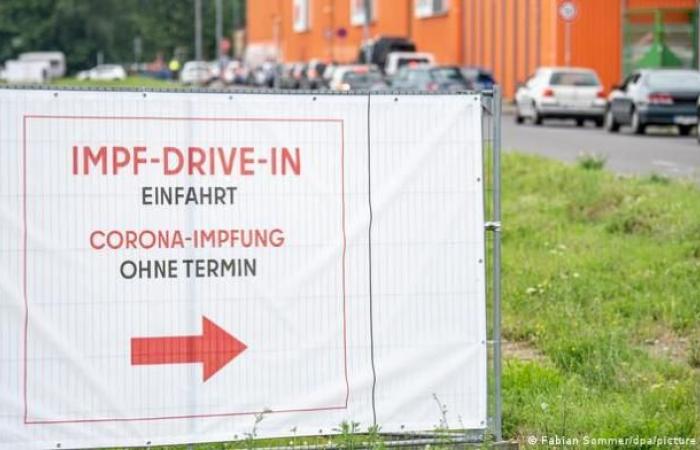 The issue of vaccination among immigrants or citizens of immigrant origin is particularly political in Germany, and this was evident when the newspaper “Bild” quoted the head of the Robert Koch Institute as saying a year ago that it was taboo to talk about the fact that many Corona patients in their intensive care departments immigrant wallpapers.

At the time, this statement quickly turned into a topic of political and media controversy, which prompted the institute to clarify that in Germany, no person’s origin is recorded when vaccinating or when entering hospital. However, a new Robert Koch Institute study shows that the origins of immigrants are not determinative or decisive when it comes to preparing for vaccination.

In this regard, the German Government Commissioner for Integration called for the use of a more targeted speech method for people of immigrant origin in vaccination campaigns. On Thursday (February 3, 2022), Reem Al-Obali-Radofan told the “Morgen Magazine” program of the German channel ARD that she is counting on “providing awareness campaigns in different languages. This week, Al-Obali-Radofan visited a vaccination campaign in the famous Neukölln neighborhood in the capital. Berlin, which has the largest population of people with immigrant backgrounds, said that “the studies that exist so far are not strong.” Spiegel Online (January 3, 2022) explained that, according to the researchers, experiences of discrimination also have negative effects. “People with immigrant backgrounds are willing to be vaccinated. Misinformation may also lead to poor willingness to receive it.”

Vaccination – Language and Education as a Determining Factor

In turn, Elisa Volkotte, a researcher at the German Robert Koch Institute (the third Thursday of February 2022), explained that the institute conducted a study that included 1,000 people of immigrant backgrounds and 1,000 other people who are not of immigrant origins in German, Russian, Turkish, Arabic, Polish and English. She explained that no less than 84 percent of people of non-German descent had received at least one dose of vaccination, while this percentage reached 92 percent among those surveyed who were not of immigrant origin.

Volkote indicated that she assumes a kind of “overestimation” in the two percentages recorded in the two categories, but she described the difference between them as reliable, explaining that the institute announced that the rate of receiving the first dose of the Corona vaccine in general in Germany reached 75.9 percent. “The better the knowledge of German, the higher the vaccination rate,” she explained. 92 percent of those surveyed spoke German as a mother tongue or had a very good knowledge of it, so they were vaccinated at least once.

And Elisa Faulkote added that one of the reasons for the increase in the percentage of vaccinated people among the category of people of immigrant origin is that people who trust the Robert Koch Institute and have a positive attitude towards vaccination usually participate in such studies and surveys. The German expert pointed out that the origins of those who participated in the study, in and of themselves, do not have a significant role in the issue of vaccination.

In this regard, the newspaper “Süddeutsche Zeitung” (February 3, 2022) explained that Robert Koch’s study “confirms results similar to previous surveys, however, upon closer examination, it appears that these results are not quite as clear as it might seem at first glance. Because The fact of immigration alone cannot explain the vaccination gap, as Elisa Folkote explained, when presenting the study.

According to the report, willingness to get vaccinated depends to a large extent on education and income in addition to age. All factors influence vaccination behavior far more than immigrant origins. However, language barriers are of crucial importance.

The high rate of corona deaths among foreigners .. But!

Since the start of the pandemic, the number of deaths among foreigners in Germany has increased significantly compared to holders of German citizenship, according to a study conducted by the “Integration” website, which deals with immigrant affairs. It is reported that the demographic composition of foreigners in Germany is younger than the average age of the country’s total population. This therefore means that the number of foreigners who face a high risk of developing deadly symptoms from Corona, is lower than the average nationwide.

The study monitored, however, a rise in deaths between 2019 and 2020 in certain age groups. The study showed that deaths among Germans in the age group between 45 and 64 years rose by 1.1 percent, while in the same age group among foreigners it reached 9 percent. The study also observed clear differences in other age groups.

The study attributed the reason for the high death rates among foreigners in that period to the economic and social situation of immigrants, who often live in cramped housing, which contributes to the transmission of infection. Moreover, many workers in productive industries, in the commercial sectors, or in labor-intensive fields, such as large kitchens or slaughterhouses, are foreigners. Thus, they are more susceptible to infection. The extent to which foreigners in Germany received information about the situation of the pandemic and measures to protect against corona – whether from German media or from information sources in the country of origin – played (played) a role in the mortality rate has not been studied.

Immigrants are not necessarily less sanitary

In addition to social conditions, the authors of the study suggest racial discrimination as a factor that also increases the risk of disease.” It is reported that foreigners made up 12.7 percent of the total population in Germany in 2020. The three researchers involved in the study: Anne-Catherine Weil, Tino Blumke and Linda Schupick also conducted an analysis They found that there was a 2.6 percent increase in the death rate among Swiss in the 64-45 age group, while the foreign population was significantly more affected, with a 12.5 percent increase in deaths.

On the reasons why people of immigrant background are more at risk from corona than other groups, Gonca Trekli Dinert, Minister of State for Integration in North Rhine-Westphalia, wrote in an article published on the “Ruhrbarone” website (January 31, 2022): “They work in more often than average in jobs where there is extensive contact with other people, such as cleaning, caring or delivering packages (..) They often live in densely populated areas that are socially and economically disadvantaged.” This situation has a negative impact on the health of many people.

The minister added that it was speculated “with great haste” that people of immigrant background were not abiding by the rules of Corona, “this is a mistake and it has been refuted for a long time.” And about similar claims about readiness for vaccination. She explained that “the spread of information in multiple languages ​​about vaccination, is not evidence that people of immigrant background are less willing to be vaccinated.”

In turn, German virologist Christian Drosten explained to NDR radio, as reported by “air.b24” (January 7, 2022), that “uninformed people of immigrant origin, especially the elderly, should be protected in particular”, through Vaccination. It is understood from the expert’s opinion that the reasons for not being vaccinated among people of immigrant origin are mainly due to lack of knowledge, lack of information, and living in a social environment that does not necessarily help in this.

For her part, Katharina Nievedzial, the integration official in the state of Berlin, confirmed to the same radio that “there is no adequate study to determine the nature of the doubts about vaccination for people with an immigrant background.” This is also due to incomplete data, as vaccinators are not asked about their religious affiliation or ethnicity. Nor do opinion polls show that the majority of immigrants are skeptical about vaccination, according to Nivedzial, quite the contrary.

However, the effects of the Corona pandemic may jeopardize the successes of economic integration of many immigrants, and this may have a long-term negative impact on social cohesion in Germany, according to the result of a scientific study conducted by Petra Bendel, Professor of Political Science at the University of Erlangen-Nuremberg (April 2021). . It predicted that “virtually all areas of integration policy will be affected by the negative effects of the pandemic” for migrants. The study confirmed that the achievements made in the past six or seven years are in danger of fading out if appropriate countermeasures are not taken.

The study also showed that the effects of the epidemic are particularly clear on the labor market. In this regard, Spiegel Online wrote (April 20, 2021) regarding the study that “immigrants also suffer from repercussions in the field of education. Home education in light of the pandemic has made access to education, language courses and integration difficult, especially since it is often Their share of the internet is in short supply, and the lack of language skills often makes it difficult for parents to support their children in online lessons, with low volunteer engagement.

These were the details of the news GERMANY – Do immigrant origins play a role in refusal to... for this day. We hope that we have succeeded by giving you the full details and information. To follow all our news, you can subscribe to the alerts system or to one of our different systems to provide you with all that is new.