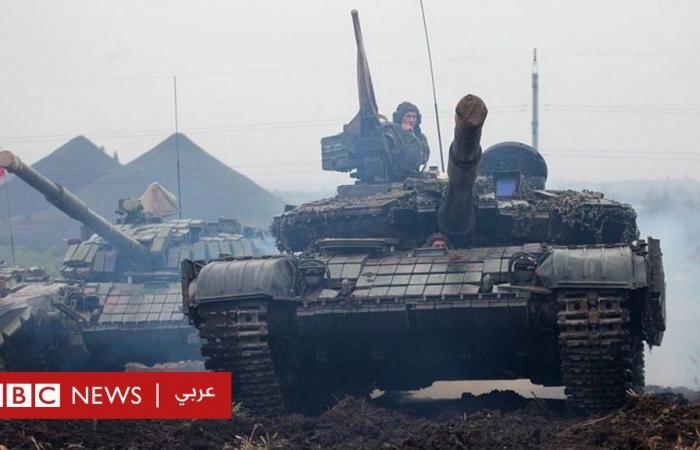 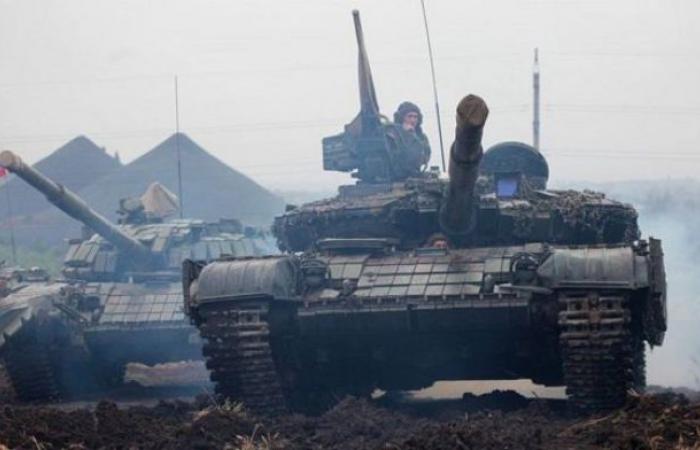 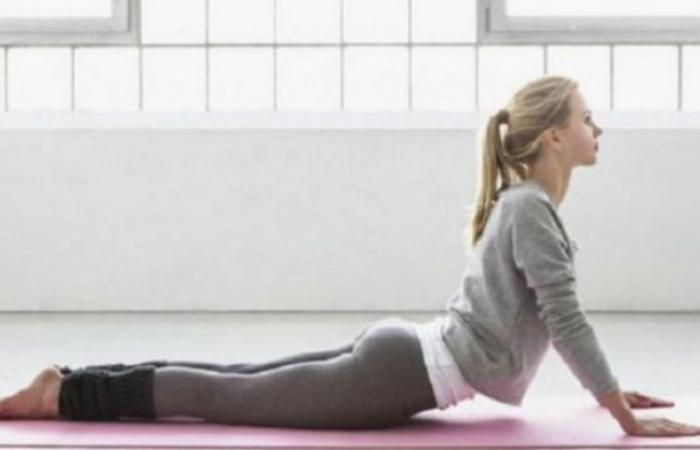 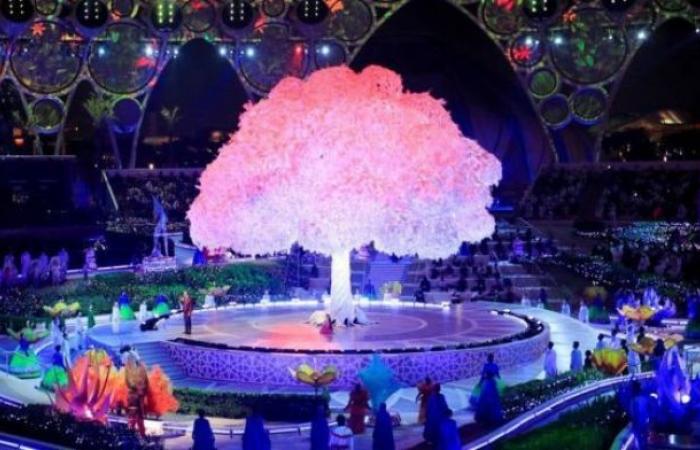 Below we review the most important topics covered by the British newspapers in this tour, which we start from Eastern Europe, where the tensions between Russia and Ukraine are.

The number of infections with the Omicron mutated from the Corona virus has risen sharply in Russia and Ukraine, which threatens negative effects on the Russian military accounts, amid the continued mobilization of more combat forces on the borders of its neighbor in eastern Europe, according to a report in the British Guardian newspaper.

The report, written by the newspaper’s correspondent in Eastern Europe, Sean Walker, believes that there are several factors that may contribute to determining whether Russia will launch its attack on Ukraine soon; Most notably, the extent to which Russian President Vladimir Putin feels the strength of the West, which is ready to protect Ukraine in the event of a Russian invasion of the country, and the extent to which a comprehensive Russian invasion of Ukraine can be carried out in a mild winter may be one of the factors that provide Russian forces with a solid ground during potential operations.

The Omicron mutant is added to the factors that may complicate the situation and impede the progress of Russian and American plans, as the widespread spread of Omicron in the two countries is equivalent to a spread of the epidemic between their respective forces.

The report quotes the commander of the Ukrainian Ground Forces, General Oleksandr Sirsky, as saying that 2,400 cases of Omicron were discovered among 150,000 soldiers, a number that is likely to be small compared to the actual number of cases.

Ukrainian soldiers are tested for coronavirus only in special cases or when symptoms appear. Ukrainian military bases were also closed to visitors to limit the spread of the epidemic.

Sirsky adds: “This does not strongly affect our plans, because only a small number of them become seriously ill as a result of infection, but of course we must make sure that infected cases are isolated, wearing masks and other precautions aimed at limiting the spread of the Corona virus.”

The report also refers to the announcement by the Minister of Health of Ukraine that the number of new cases reached 43,778 one day ago, which indicates the largest number of total infected cases in the country since the beginning of the epidemic. Those official figures also indicated that there was an increase of about 4,000 cases compared to the previous day.

The reporter notes in his report that the infection rate in Russia has also reached record levels in the past few days, which makes the Russian and Ukrainian armies vulnerable to a potential risk of an epidemic.

It is based on the statement of the commander of the Ukrainian Ground Forces that the rate of immunization with anti-epidemic vaccines in the Ukrainian army reached 99.3%, which greatly reduces the possibility of the risk of an epidemic spreading among soldiers.

Yoga in the Kuwaiti desert

And the website of The Independent publishes a report on Kuwaiti parliament member Hamdan Al-Azmi’s demand that the government stop women’s trips to practice yoga in the desert because it is “dangerous” and threatens the conservative society in the country, as he put it.

The website stated that Al-Azmi submitted the request to the Kuwaiti Interior Minister last Wednesday, after Kuwait announced the launch of its first yoga festival on January 29.

The report quotes the Kuwait News newspaper as saying that Al-Azmi objected to yoga trips in the desert for women only, saying: “I see it as a matter that constitutes a great danger, and is considered a cultural interference in our conservative society.”

It is likely that the Kuwaiti legislator is objecting to “a trip for women only to practice yoga and meditation in the Kuwaiti desert,” according to the report, which quotes the promotional advertisement for that trip on the social networking site Instagram as saying: “A wonderful trip in the arms of the Kuwaiti desert, discover yourself, and welcome the new year.” With optimism and a heart full of love and beauty.

The ad notes that the trip’s activities include “proper breathing and relaxation exercises, special lectures, and yoga exercises.”

The report says that the media team of the Kuwaiti parliament member published a picture to announce his account on the social networking site Twitter, accompanied by a comment on the picture that included a question from Al-Azmi to the Minister of Interior: “What are these reports about an Iraqi person organizing yoga trips in the desert for girls for only 25 dinars?”

He also added, “It is a serious matter, and we urge the Minister of Interior to move quickly to stop these practices that are alien to our conservative society, and to hold accountable those who issued the licenses to do so.”

The report says that in response to Al-Azmi’s statements rejecting yoga trips in the desert for women, the Kuwaiti progressive movement issued a statement condemning what was stated in those statements, stressing the movement’s rejection of “hard-line demands to restrict personal freedoms. We call on citizens in Kuwaiti society to confront this reality that imposes on the state, society and individuals in Kuwait.

The report quotes a social media user agreeing with the Kuwaiti progressive movement, saying that yoga is “a meditation on faith and restoring peace to the human soul.”

A few days after Manchester United’s victory over West Ham on January 22, the English team star Cristiano Ronaldo and some of his colleagues went to the beaches of Dubai for the winter vacation, despite the continuing threat of attacks by the Houthis on Abu Dhabi, according to an article in the British Financial Times newspaper.

The author of the article, Simeon Kerr, believes that the arrival of Ronaldo and other globally important figures to Dubai reflected the extent of the strength of this city, which is a global center for tourism and trade in the Gulf region, despite the air raids launched by Houthi rebels in Yemen on Abu Dhabi, which aimed at undermining the good reputation of the Emirates. As the safest country in the Middle East.

He adds that over the past few weeks, Abu Dhabi has seen fears that haunt the UAE capital due to explosions caused by Houthi missiles and powerful flashes of light illuminating the sky as Abu Dhabi launched its air defenses to intercept those missiles.

The importance of the UAE to foreigners is increasing in the recent period due to the country’s stability and freedom from strict restrictions aimed at limiting the spread of the Corona virus, which is evidenced by the continued visit of world stars to Dubai and the increase in the number of visitors to this city to about 75% of the levels of Before the outbreak of the epidemic, according to the newspaper article.

Kerr concludes by saying that the attacks launched by the Houthis on Abu Dhabi would have undermined confidence in the security of the UAE and confirmed that it is in complete chaos at a time when attempts are being made to achieve economic recovery and remedy the risks and economic damage left by the epidemic. However, these raids did not affect the position of the UAE, which is considered the safest in the Middle East, which is due to the vision of the capabilities and capabilities of the UAE as it defends itself against the attacks of the Houthi rebels and intercepts their missiles.

These were the details of the news Corona Virus: The spread of Omicron could spoil Russia and Ukraine’s... for this day. We hope that we have succeeded by giving you the full details and information. To follow all our news, you can subscribe to the alerts system or to one of our different systems to provide you with all that is new.