A study reveals the relationship of “vitamin D” to corona deaths 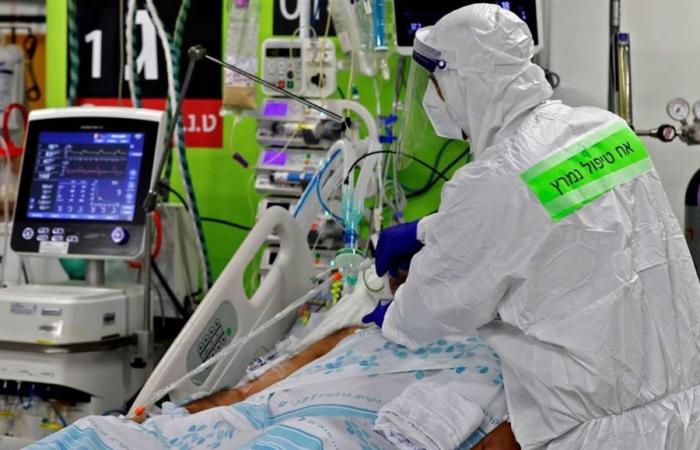 A new study concludes that a deficiency in vitamin D can significantly increase the level of severe symptoms and mortality for Covid-19 patients.Israeli scientists said they have found convincing evidence that increasing vitamin D levels can help Covid-19 patients reduce the risk of serious illness or death, according to the “Times of Israel” newspaper.

Researchers from Bar-Ilan University and Galilee Medical Center said that vitamin D has a strong influence on the severity of symptoms in people with the Corona virus, so that they can predict how people will become infected based on their age and vitamin D levels.

The study, published Thursday, in the journal “PLOS One”, is based on research conducted during the first two waves of the epidemic in Israel, before vaccines were widely available.And in June, researchers published preliminary results showing that 26 percent of the deaths of Covid patients were suffering from vitamin D deficiency shortly before admission to hospital, compared to 3 percent of those who had normal levels of this vitamin.

Doctors stressed that vitamin supplements were not a substitute for vaccinations, but rather a way to keep immunity levels from dropping.

“It is fascinating and amazing to see the differences in disease severity when a person is deficient in vitamin D,” said Emile Dror, a physician at Galilee Medical Center and a researcher in Bar-Ilan who was part of the study.

He pointed out that the study was conducted before the emergence of the Omicron wave, but said that the coronavirus does not fundamentally change between variables to nullify the effectiveness of vitamin D.

Vitamin D deficiency is widespread throughout the Middle East. Nearly four out of five people are deficient in this vitamin, according to a 2011 study.

Dror said, “What we see when vitamin D helps people with Covid infection is the result of its effectiveness in strengthening the immune system to deal with viral pathogens that attack the respiratory system.”

And he added, “This is just as convenient for Omicron as it was for the previous variants.”

These were the details of the news A study reveals the relationship of “vitamin D” to corona deaths for this day. We hope that we have succeeded by giving you the full details and information. To follow all our news, you can subscribe to the alerts system or to one of our different systems to provide you with all that is new.