Corona is savage in Australia… and a record number of epidemic... 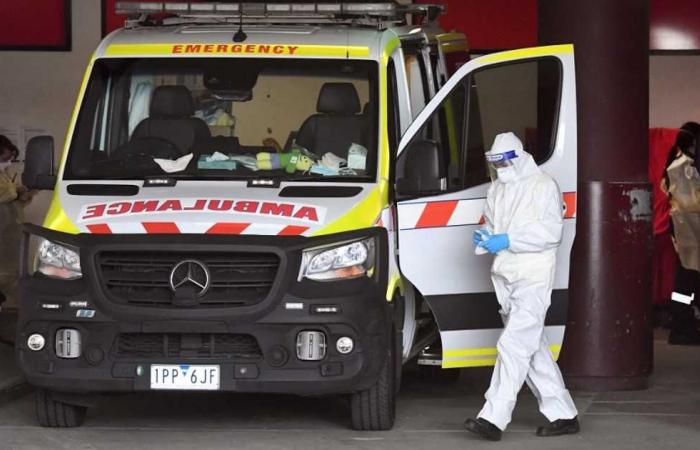 Lightning Australia Record rise in deaths from the virus Corona On Tuesday, the deaths reached 74 cases, in the most populous states, noting that the daily record number of deaths was 59 on September 4, 2020.

New South Wales reported 36 cases, Victoria recorded 22, and Queensland had 16 deaths, according to the Associated Press.

Health Minister Greg Hunt said there were indications that the infection rate in New South Wales had peaked, and that Victoria was nearing a peak as well.

The New South Wales government has ruled out a return to lockdown to confront the mutant.OmicronSpreading rapidly, while Victoria declared a state of emergency in the capital’s hospitals MelbourneAnd many regional hospitals, as of midday on Wednesday, due to the shortage of medical staff, and the increase in the number of patients.

It is estimated that there are about five thousand medical workers in Victoria who are absent because they either have corona, or have been in contact with infected people.

Acting Health Secretary James Merlino said: “We’ve reached a point in the health care system where we’re seeing a severe shortage of workforce with the large number of people infected with Covid-19 who need hospitalization, and that workforce is completely exhausted.”

The declaration of emergency means the need to mobilize additional capacities in hospitals to deal with the influx of injured, and the authorities may summon some hospital employees who have taken leave, and will temporarily suspend the provision of more services, as well as require physical therapists and medical students to perform duties. Nursing.

It is worth noting that Australia, with a population of 26 million, has recorded the death of more than 2,700 people in Corona since the outbreak of the epidemic.

These were the details of the news Corona is savage in Australia… and a record number of epidemic... for this day. We hope that we have succeeded by giving you the full details and information. To follow all our news, you can subscribe to the alerts system or to one of our different systems to provide you with all that is new.