An Israeli study: The fourth dose of the vaccine shows limited... 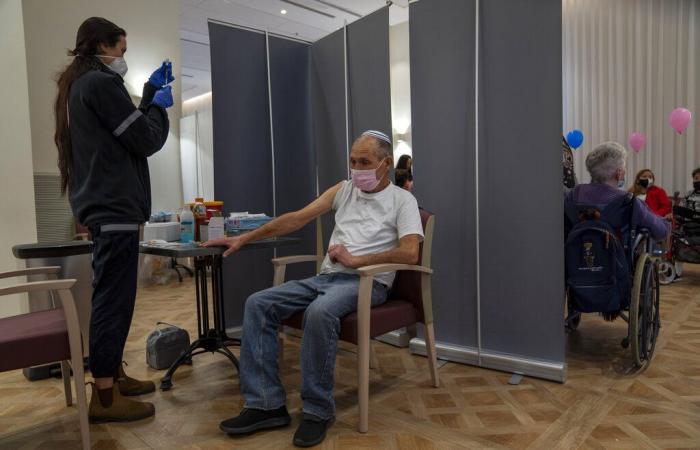 The Israeli Sheba Hospital announced that preliminary research indicates that the fourth dose of the Corona vaccine provides a “limited defense” against the “Omicron” mutant, which is spread around the world.

Sheba Hospital last month began giving a fourth vaccine to more than 270 medical workers (154 who received the Pfizer vaccine and 120 who received the Moderna vaccine), all of whom were previously vaccinated with three doses of the “Pfizer” vaccine.

Dr. Nahman Asch, director of the Israeli Ministry of Health, said the research does not mean that the fourth vaccine effort was wrong. It restores the antibody level to what it was at the start of the third booster, noting that “this is of great importance, particularly in the older population.”

“The research will be taken into account while the authorities discuss whether to extend the additional booster-dose campaign to the entire population,” he explained.

These were the details of the news An Israeli study: The fourth dose of the vaccine shows limited... for this day. We hope that we have succeeded by giving you the full details and information. To follow all our news, you can subscribe to the alerts system or to one of our different systems to provide you with all that is new.