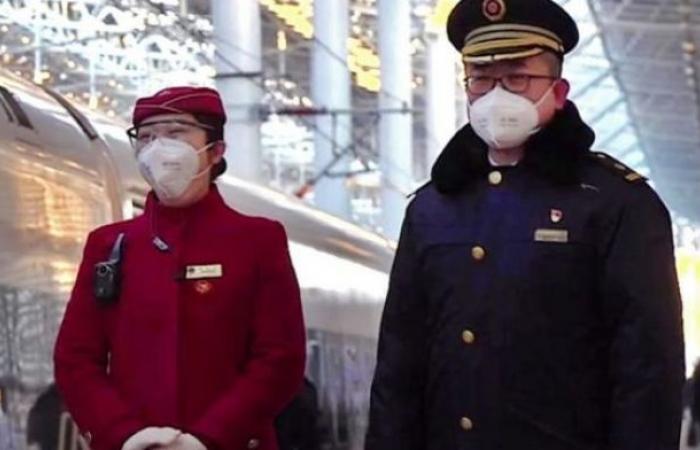 Chinese authorities are urging residents of the capital, Beijing, to stop receiving parcels from outside the country, after reports that a woman had contracted an Omicron infection after opening a parcel.

It is widely believed in Beijing that Covid-19 may be transmitted between countries of the world through imports of frozen foods, which many scientists question.

Upon examining the aforementioned woman, it was found that she had contracted Covid, although she had not left the country, according to officials who said that they had monitored the effects of the virus on the package she requested from outside the country.

This injury comes less than three weeks before the start of the Winter Olympics in Beijing.

On Monday, China announced that it would not sell tickets to fans to attend the competitions.

As part of the measures of the Chinese authorities to control the virus, it was decided not to allow attendance at the competitions for uninvited people, who have not yet announced how they will be selected, and whether they will be subject to quarantine.

And the health official in Beijing, Pang Shenghuo, stated that the virus was discovered on the surface of a letter the aforementioned woman received from Canada.

When examining a number of messages in this shipment, traces of the virus were detected on five of them.

And the Beijing Center for Disease Control confirmed that the possibility of transmission of infection to this woman through an expulsion from another country is not excluded.

In order to combat the Corona virus, China is adopting a strategy called “zero Covid”, which combines mass vaccination, continuous examination, monitoring the movement of people throughout the country, measuring people’s temperature, and using phone applications to ensure that there is no danger.

And in the event that only one infection appears, the authorities take the matter very seriously.

China has resorted to this strategy from the start; Where the country’s leaders, starting with President Xi Jinping and his successors, see that any less severe measures may cause injuries and deaths on a large scale, which would not be acceptable on any political, economic or social front.

These were the details of the news Corona Virus: Beijing urges its residents not to receive parcels from... for this day. We hope that we have succeeded by giving you the full details and information. To follow all our news, you can subscribe to the alerts system or to one of our different systems to provide you with all that is new.