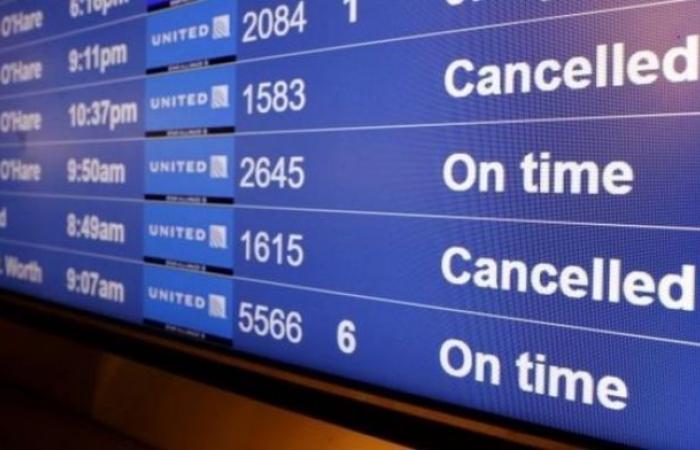 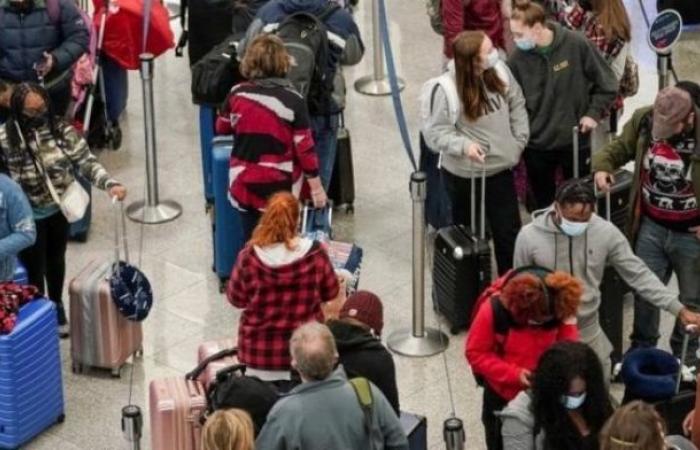 Airlines in the United States continue to receive painful blows due to the spread of the Omicron mutant, which records high rates of infections around the world, coinciding with the Christmas celebrations.

More than 4,000 flights around the world were canceled yesterday and Saturday, including about 1,000 flights in the United States, according to FlightAware, a website that tracks flights.

This coincides with what the examinations reveal of infections among aircraft crews, or the obligation of members of those crews to isolate themselves.

The United States, like other countries of the world, is recording a sharp rise in the number of Covid infections.

Despite research indicating that Omicron is less dangerous than other strains of corona, researchers are concerned about the huge number of infections caused by the new mutation.

The United Kingdom set a new record for the number of Covid infections on Friday, as volunteers announced their readiness to participate in a vaccination campaign during the Christmas celebrations, in an attempt to reduce the effects of Omicron.

Across Europe, governments are preparing, each with their own measures, to respond to the surge in infections. And the authorities in Italy, Spain and Greece have made it mandatory to wear a mask outside the homes.

In Catalonia, northeastern Spain, the authorities imposed a night curfew. Earlier this week, the Netherlands entered a strict lockdown.

In Germany, the authorities announced their intention to impose a ban on gatherings of more than ten people, in addition to closing nightclubs starting from the 28th of this month, and it was decided to cancel the attendance of fans at football matches.

In Portugal, the authorities ordered the closure of bars and nightclubs, starting from December 26, and the mandatory work from home until January 9.

In South Africa, where the omicron mutant was first identified, the government has stopped contact tracing to monitor the spread of Covid infection, except for hotspots or prisons.

And the South African Ministry of Health announced that most of the country’s population has now been exposed to the Corona virus, and therefore the response strategy should shift from containment to mitigating the effects through a number of measures such as self-censorship, wearing a mask, and social distancing.

On December 31, the United States announced its intention to lift travel restrictions that it had imposed on South Africa and seven other countries on the African continent due to fears of the Omicron mutator.

And the chief infectious disease expert in the United States, Anthony Fauci, warned that travel during the Christmas celebrations would increase the spread of the new mutation even among those who had received a full vaccination.

Meanwhile, thousands of Americans have found their travel plans in jeopardy, with flights canceled across the country.

Flightaware reported that 689 flights to and from the United States were canceled on Friday, with more than 700 expected to be canceled on Christmas Day.

At the top of the affected US airlines are Delta, United Airlines and American Airlines.

In Australia, thousands of festive flights were affected on Friday, and more than one domestic flight from Sydney and Melbourne to other cities was cancelled.

These were the details of the news Omicron: International airlines cancel hundreds of flights due to the high... for this day. We hope that we have succeeded by giving you the full details and information. To follow all our news, you can subscribe to the alerts system or to one of our different systems to provide you with all that is new.