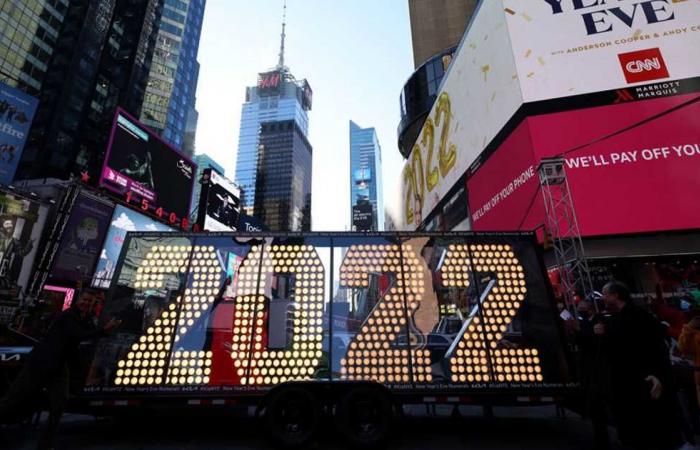 For the second year in a row, the pandemic casts a shadow over celebrations Which used to attract large crowds to the famous intersection in midtown Manhattan.

It organizes entertainment activities that last for hours until a giant crystal ball is dropped at exactly midnight with the start of the new year, which is watched by millions in the world on screens. TV.

To maintain social distancing, this year the city will allow about a third of the usual number of revelers to enter the dozens of areas designated to follow the celebration surrounded by barriers.

Attendees will have to show proof that they have received a full vaccination and put masks.

“The celebration, which usually hosts about 58,000 people in the viewing areas, will this year host about 15,000,” de Blasio said in a statement Thursday.

In addition, people will be allowed to enter starting around 3 pm local time, which is later than previous years.

For decades, tens of thousands have taken part in that celebration, crowding the streets around the square on New Year’s Eve, with a large number of tourists, standing for hours in cold weather, waiting to watch the glittering ball slide onto a pole fixed above. Skyscraper In the last seconds of the year.

Injuries increased COVID-19 in the United States in the past few days because of the mutated “OmicronIt was first detected in November and now accounts for nearly 73 percent of infections nationwide, and 90 percent in some areas.

These were the details of the news For the second year, Corona sabotages New Year’s celebrations in Times... for this day. We hope that we have succeeded by giving you the full details and information. To follow all our news, you can subscribe to the alerts system or to one of our different systems to provide you with all that is new.