Corona .. 126 countries give booster doses and additional vaccines, and... 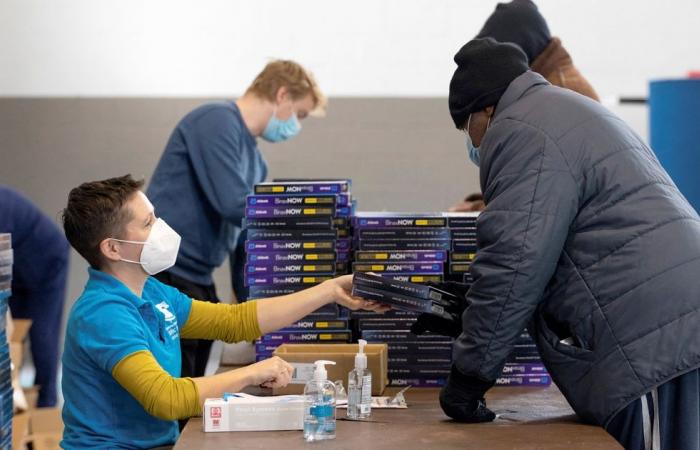 The World Health Organization’s expert committee on vaccination policy reported that at least 126 countries have given instructions that a booster dose or an additional vaccine (for children, for example) should be given, and 120 of these countries have started campaigns in this regard, while studies have confirmed the effectiveness of the third dose in the face of Risks of the new mutant omicron.

The committee added in a report issued on Wednesday that the majority of these countries are either rich or middle-income, while “no poor country has yet to adopt the booster dose program.”

In its conclusions, it stressed that “immunization efforts must continue to focus on reducing (the number) of deaths and the most severe cases and protecting the health system.”

However, WHO Director-General Tedros Adhanom Ghebreyesus has warned against a common delusion that anti-Covid-19 boosters will be enough to beat the epidemic.

“No country, any country, can overcome the epidemic thanks to booster doses, and booster doses are not a green light to celebrate (the victory over the epidemic) as we previously expected,” Ghebreyesus said – during a press conference in Geneva.

He added, “Indiscriminate promotion programs may prolong the epidemic rather than put an end to it, by transferring available vaccines to countries with a high vaccination rate, which gives the virus the possibility of spreading and transforming in a larger form.”

Research conducted by Imperial College London reported that patients with the Omicron mutant of the Corona virus had a 40-45% lower risk of needing to stay in hospital than those with the Delta mutant.

The study analyzed data from cases confirmed by the “PCR” test (PCR) that they had the mutation in England between the first of December and 14 of the same month, and the researchers said about this study, “In general, we found evidence of a decrease in the risk of hospitalization due to Omicron compared to delta injuries as a mean for all cases in the study period.

Imperial College researchers say the likelihood of hospitalization for Omicron patients is between 20 and 25% lower than those with the delta mutant.

However, they add, the lower hospital admissions compared to the increased risk of omicron infection must be considered due to reduced protection provided by both vaccination and natural infection.

For its part, the pharmaceutical company “AstraZeneca” confirmed today, Thursday, that a third dose of its vaccine against Covid-19 “significantly” increases the level of antibodies to the mutated Omicron, referring to a clinical study in this regard.

The company explained in a statement that “levels of antibodies that neutralize Omicron after a third dose of Vaxyphria serum” that it developed against Covid-19 “are largely similar to the levels reached after two doses against the delta mutant.”

The authorities in Xi’an, China, imposed a widespread curfew on its 13 million residents, after discovering dozens of infections with the Corona virus.

Under the curfew, residents are obligated to stay in their homes in most cases, with few exceptions allowed. And the city government announced in a decree that each family could appoint an individual who could shop every two days.

And the authorities recorded 63 local injuries today, Thursday. She stated that the Corona outbreak was caused by “imported cases.”

It has not been announced whether the cases of coronavirus are from the new mutant or micron or not.

These were the details of the news Corona .. 126 countries give booster doses and additional vaccines, and... for this day. We hope that we have succeeded by giving you the full details and information. To follow all our news, you can subscribe to the alerts system or to one of our different systems to provide you with all that is new.