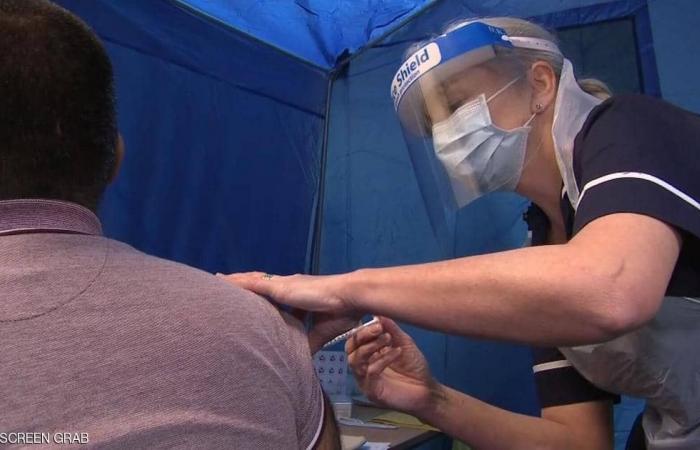 But one expert downplays these pessimistic forecasts and paints a less bleak picture.

And the British newspaper “Daily Mail” says that the expectations of the professor of risk management in University of Bristol Philip Thomas, always be accurate in relation to Corona pandemic.

And last July, when the British authorities lifted most of the restrictions Corona VirusAnd many thought it was a reckless move, Thomas wrote that Britain would not see a large wave of the epidemic.

Thomas stated that he was confident of the results because of a mathematical model he had prepared at the university to plot and predict the epidemic.

And the results, according to “Daily Mail”, were impressively accurate, while government advisers warned of a rocketing rise in injuries as a result of the easing of restrictions, Thomas said that injuries would decrease, which is what happened.

Currently, many people in Britain are talking about a difficult period ahead in the face of the epidemic, and among these British Health MinisterSajid Javid, who said this week will be even tougher in his country as daily infections increase.

And Britain is not alone, as there are talk in several regions of the world about a new wave of the Corona epidemic, as in the case of Russia.

It is expected that Britain is on its way to recording an average of 100,000 infections per day in the coming weeks, and this is a very large number, compared to an average of 70,000 injuries per day at the peak of the winter wave that occurred at Christmas, late last year.

These pessimistic forecasts have prompted calls for tighter restrictions gags AndSocial distancing And even imposing general closures, as Morocco suspended flights with Britain due to the increase in injuries there.

The current infection rate is 40,000 per day in England.

As for Philip Thomas, he believes that the numbers do not tell the whole story, especially in the case of the current expectations, stressing that there have been great changes since the difficult days of last winter.

He noted that vaccinations in Britain broke the chain between infection and the rate of serious injuries and deaths.

He talked about a study he conducted Italian National Institute of Health It concluded that people who have been fully vaccinated against the Coronavirus are unlikely to die of the disease, unless they are elderly or have chronic diseases.

The reasons that prompted the imposition of closures in Britain were due to the protection of the health system from collapsing and flooding it with huge numbers of infected people.

He said that the solution is for the British government to proceed with the booster dose program, even though it is slow. I see no justification for new restrictions.

The British expert says that, as he imagines, the injuries will not exceed 60,000 per day, which is much less than the pessimistic expectations.

He expected the most affected group to be secondary school students, who have not been vaccinated to the same extent as adults and it is unlikely that serious infections will be recorded among this group.

These were the details of the news New hope.. British expert blows up pessimistic expectations about Corona for this day. We hope that we have succeeded by giving you the full details and information. To follow all our news, you can subscribe to the alerts system or to one of our different systems to provide you with all that is new.