The sub-mutant “Delta” .. What do scientists know so far? 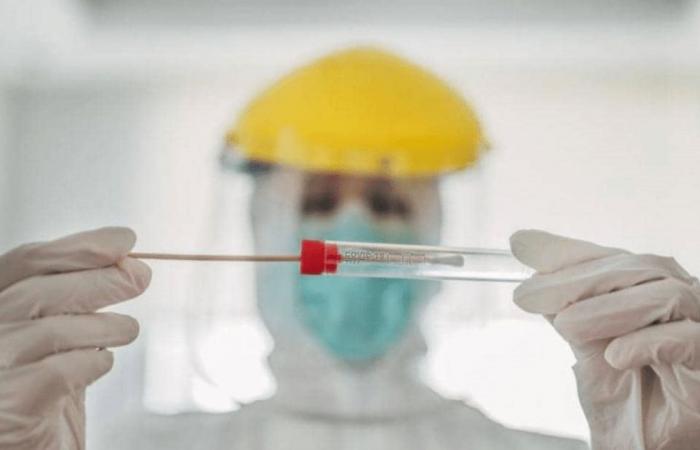 Experts say that the emergence of this The new breed Which he called “AY.4.2 is expected and normal, in science.” VirusesAnd it won’t be the last.

Fear is raised about this dynasty and all the other developments it knows virusBecause changes in infection can lead to a weakening of currently available vaccines, as well as an increase in the spread ofCOVID-19“.

. Officials said British governmentIt is still too early to say that this strain poses a greater threat to public health in the country than a mutated one.Delta” the original.

British scientists said they are monitoring this dynasty The new cases are closely monitored, while they now constitute 6 percent of new cases of corona in the United Kingdom.

The monitoring of this new strain comes from the “Delta” mutator, while Britain is witnessing a significant increase in cases of HIV infection CoronaAccording to CNBC, USA.

What is the new breed?

It is normal for viruses to undergo constant transformations, andCorona Virus No exception, he has been subject to this process since his appearance in the city of Wuhan, central China.

The new Corona virus witnessed several changes, and it became faster in spreading, and this was noted with the “alpha” mutant, which was detected for the first time in Britain.

After that, the “Delta” mutator, which first appeared in India, came and became the dominant one, and many countries tried to close their air borders to avoid it, but it infiltrated everywhere.

The World Health Organization had expressed its concerns about the emergence of “Delta”, last May, describing it as a “center of concern”.

And last Friday, the Health Security Agency in Britain said that the new sub-mutant “Delta” is spreading in England, stressing that work is underway to monitor this strain.

Scientists are monitoring this strain, in order to monitor any possible transformation of the so-called “spinal protein” of the virus, and this element is essential for infection until it enters the cells of the human body.

Doubts are swirling in Britain about the fact that this strain is the cause of the significant rise in cases, so that some specialists have recommended the re-imposition of some restrictions in order to curb the spread of the epidemic.

During the past week, Britain witnessed the registration of between 40 and 50 thousand cases of the emerging coronavirus, daily, so specialists tried to understand the reason for this rise, because the restrictions were lifted some time ago.

So far, it is likely that this sub-mutation of “delta” is more prevalent by between 10 and 15 percent compared to the original “delta” mutant, but health officials have not yet confirmed that it is directly responsible for the rise in positive cases.

It should be noted that this mutant is included in the monitoring department, at the present time, and this means that it has not yet risen to the category of “mutant under investigation” by the World Health Organization.

This sub-mutant was not viewed as one that carries genetic changes that affect characteristics of the virus such as transmission, disease severity, prognosis and evasiveness. immune system human has.

But this classification may change at any moment, if it constitutes an increasing proportion of new infections registered with the emerging coronavirus.

Concern about this shift is raised because most of the world’s population is still unvaccinated, because those who received the first dose of Corona vaccine In low-income countries only 2.8 percent of the total population, this figure is very low.

As for the rich countries that have made great progress in vaccination, they also suffer from a decline in the immunity of the vaccinated, six months after taking the second dose, which prompted the recommendation to take a third booster dose.

What do the experts say?

Scientists are still conservative until now when they talk about the new “delta” mutant, and the reason is that it is still new, and because its nature has not yet been sufficiently clear.

Meanwhile, the director of the US Centers for Disease Control and Prevention, Rochelle Walinsky, said on Wednesday that the new sub-mutant “Delta” was detected in the United States, while the country did not record an increase in new Corona infections.

This sub-mutant was also registered in Israel, in an eleven-year-old boy, upon entry through Ben Gurion Airport.

In the same vein, recorded Russia Which is witnessing an exacerbation of the epidemiological situation, isolated cases of the new “delta” mutate, while it is not yet known whether other European countries have monitored the new strain.

For his part, a spokesman called British Prime MinisterOn Tuesday, he calmed down, saying that the authorities were closely monitoring the new strain, explaining that there was no confirmation that this sub-mutant was more prevalent.

The British official explained that the authorities will not hesitate to take the necessary measures, if the health situation calls for it.

The British authorities are reluctant to re-impose restrictions in order to prevent the Corona virus, while many countries continue to ease precautionary measures to allow the economy to recover.

For his part, researcher Andrew Polar, one of the participants in developing a vaccine, said:OxfordThe sub-mutant that was recently monitored will not lead to a change in the current epidemic landscape.

These were the details of the news The sub-mutant “Delta” .. What do scientists know so far? for this day. We hope that we have succeeded by giving you the full details and information. To follow all our news, you can subscribe to the alerts system or to one of our different systems to provide you with all that is new.