Reports… the emergence of a new mutated strain of corona in... 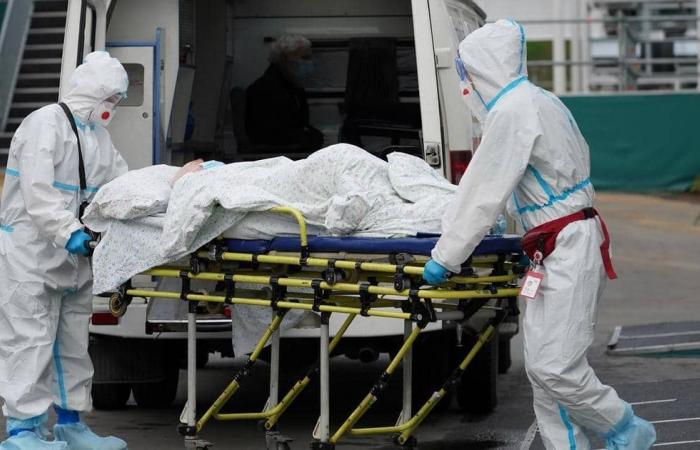 The Russian Information Agency stated that Russia Some cases of infection with a new mutated strain of . have been recorded Corona Virus It is believed to be more contagious than a mutant Delta, which first appeared in India before spreading to many countries of the world.

The media agency quoted the chief researcher at the Consumer Protection Agency, a government body, as saying that the strain, which has been called “AY.2.4”, is likely to spread widely, according to Reuters.

This may cause a rise in new infections with the disease COVID-19 which has already reached record levels in Russia.

It is noteworthy that the Russian President Vladimir Putin This week, it was agreed to close workplaces for a week at the beginning of next November, after daily deaths related to the Corona virus in various parts of Russia recorded, yesterday, Wednesday, a new record of 1028, along with 34,073 new infections.

It is worth noting that scholars in Australia They discovered a new mutation of the originally mutated virus of the “Delta” type, in the state of New South Wales, in the southeast of the country.

The researchers observed a change in the genetic sequence of the virus Corona It is a type of “delta” that is rapidly spreading, in at least 8 patients, according to the state’s health authorities.

NSW Chief Health Officer Kerry Chant said: genome In 8 patients, a new variant of the highly contagious delta mutant, which has caused the closure of Sydney in the past 12 weeks, was revealed.

These were the details of the news Reports… the emergence of a new mutated strain of corona in... for this day. We hope that we have succeeded by giving you the full details and information. To follow all our news, you can subscribe to the alerts system or to one of our different systems to provide you with all that is new.