A study by the US Centers for Disease Control and Control:... 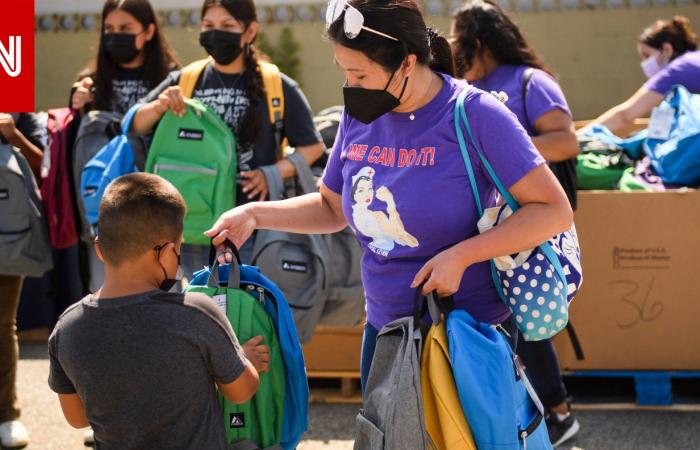 Dubai, United Arab Emirates (CNN) – A study by the American Centers for Disease Control and Control showed that the “Pfizer/BioNtech” vaccine protects children between 12 and 18 years of age from hospitalization due to infection with “Covid-19” by 93 percent. %. The effectiveness of this vaccine differs slightly between age groups, as it was found to protect children between 12 and 15 years by 91%, and those between 16 and 18 years by 94%.

The study included 464 patients admitted to hospital, 179 of them due to infection with “Covid-19”, and 285 for other reasons. They were distributed to children’s hospitals in 16 US states, between June and September 2021, that is, during the period that witnessed a significant spread of the delta mutant.

The study showed that 97% of the 179 patients who were admitted to hospital as a result of infection with “Covid-19” were unvaccinated. Of those who became severely ill, they did not receive the vaccine, of whom 43% (77 patients) were admitted to the special care unit, 29 of them underwent resuscitation, and two died.

Since August 2020, more than 65,000 children have been hospitalized with COVID-19, and nearly 700 have died, according to data from the US Centers for Disease Control and Control.

Phase III clinical trials conducted by Pfizer/BioN Tech showed that the vaccine protected 100% of hospitalizations for children between 12 and 15 years old. This real-world analysis found the vaccine to be significantly effective in reducing the rate of hospitalization among the 12-18 year old.

Currently, 46% of children between 12 and 15 years old, and 54% of those between 16 and 17 years old, have received the full vaccine, according to data from the US Centers for Disease Control and Control.

The authors of the study noted that these results “reinforce the importance of administering the vaccine to protect young people in the United States of America from becoming severely ill as a result of Covid-19 infection.”

The researchers explained: “These data suggest increased vaccination within this age group, which would reduce the incidence of severe illness as a result of COVID-19 in the United States. Moreover, with the increase in attendance education, it is imperative that several preventive measures be taken to reduce severe illness in adolescents. Because of Corona, including vaccination.

These were the details of the news A study by the US Centers for Disease Control and Control:... for this day. We hope that we have succeeded by giving you the full details and information. To follow all our news, you can subscribe to the alerts system or to one of our different systems to provide you with all that is new.