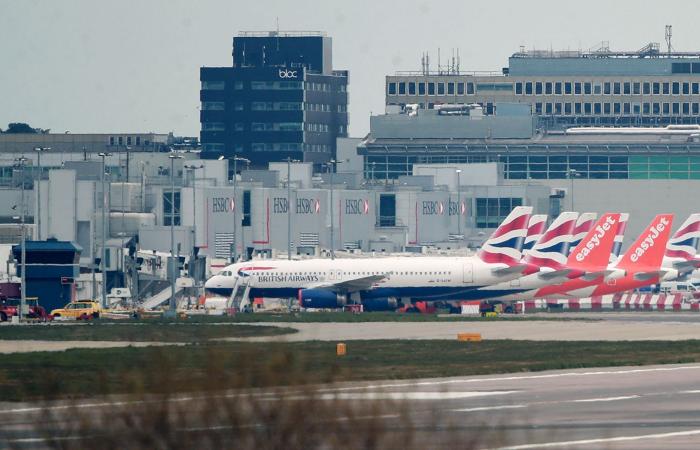 British airline bosses have written to Boris Johnson to insist that there is not enough evidence that there is a need to impose hotel quarantines on all travelers arriving in the country.

Executives from British Airways, easyJet and Virgin Atlantic were among those who signed the letter to the Prime Minister which also called for support to help the industry survive.

It came after vaccine minister Nadhim Zahawi told Sky News the government would soon make an announcement about the policy – and that people would have to wait before booking summer vacations.

The letter to Mr Johnson from airline CEOs said: ‘We have seen no convincing scientific evidence that the introduction of a potentially general quarantine policy in hotels is necessary in addition to the measures recently introduced. .

“An effective border closure risks impacting vital cargo and PPE supplies, putting tens of thousands of jobs and the many businesses across the country that depend on aviation at risk. ”

Signatories include Sean Doyle of BA, Shai Weiss of Virgin and Johan Lundgren of easyJet as well as bosses from TUI, Loganair, Jet2 and Industry Corps UK Airlines.

Travel industry insiders expected an imminent decision on the quarantine policy – aimed at removing new variants of COVID-19 – but say there are different views within government on the whether it should apply to all countries or only to those on a prohibited list.

The letter from the airline industry said the UK already had “some of the toughest border restrictions on international arrivals in the world.”

Flights from designated high-risk countries are already banned, with pre-departure checks meaning anyone arriving in the UK has already tested negative for the virus and all passengers are subject to additional quarantine at the arrival, stressed the bosses of the airlines.

Please use Chrome browser for a more accessible video player

The letter argues against the imposition of further measures and argues that even at current levels the restrictions are having a “dramatic impact” on industry and the UK economy as a whole.

He called for a plan to ease the rules ahead of the crucial summer period for the industry, which supports 1.56 million jobs and accounts for 4.5% of UK GDP, according to the letter.

“With the latest lockdown, the travel ban and now the prospect of hotel quarantine, the time has come for a bespoke support program that can help UK airlines navigate this crisis, and a road to get out of those restrictions… including testing, working in concert with the vaccine coming out. ”

Airlines have already cut thousands of jobs due to pandemic restrictions that are wiping out demand for travel.

These were the details of the news COVID-19: Airlines bosses urge Prime Minister not to impose general quarantine... for this day. We hope that we have succeeded by giving you the full details and information. To follow all our news, you can subscribe to the alerts system or to one of our different systems to provide you with all that is new.