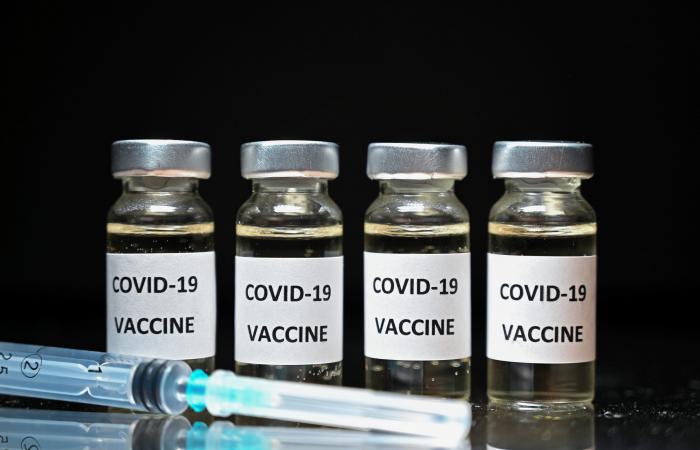 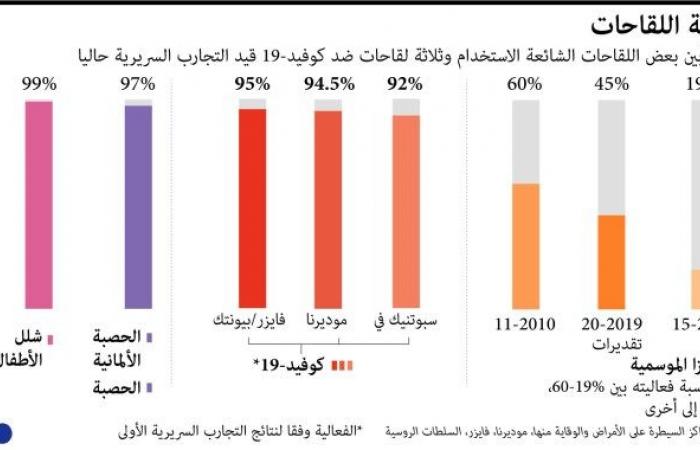 The US Food and Drug Administration (FDA) had said during the past months, that the licensing of any Corona vaccine must be at least 50 percent effective.

In principle, 95 percent of the effectiveness, if confirmed, would make the vaccine the most effective in the world, just like the measles vaccine, and more effective than the influenza vaccine, which is 60 percent effective at most.

But what do we mean by the effectiveness of the vaccine? Does this mean that it is able to protect 95 out of every 100 people? Or does it have another explanation related to its effectiveness in the human body?

The effectiveness of the vaccine

According to a report published by the agency Associated Press, The effectiveness of the vaccine means the likelihood of success and protection for humans.

Scientists differentiate a vaccine between “effectiveness” and “efficacy”.

He concurred a study It was published by the World Health Organization, and the efficiency of the vaccine indicates the percentage of disease reduction in a healthy group, compared to an unhealthy group under normal conditions according to the results in the laboratory, and its effectiveness means its ability to reach results in the real world after testing them on humans.

The early results of these vaccines give strong indications that the vaccine can prevent most diseases when given to large groups of people.

Public health officials in the United States were hoping that the Corona vaccine would be at least 50 percent effective, especially after influenza vaccines showed that they were effective in rates ranging between 20 to 60 percent.

Despite these numbers that provided a dose of hope to the world in the ability of scientists to tame Corona, the effectiveness rate does not tell the full story, which needs to know the results of its effectiveness with regard to age, demographic and ethnic groups.

And the Associated Press report indicates that both vaccines did not know the result of whether the person who was vaccinated with the vaccine would develop Corona infection or not, and would he have symptoms? Or even if it will remain a carrier of the virus?

The effectiveness of influenza vaccines varies from one type to another, which have been shown to be effective by 40 to 60 percent, depending on the seasons and the extent to which the influenza viruses that spread, according to the Center for Disease Control and Control.CDC“.

Flu vaccines work better against type B than they do, and they provide less protection against influenza A viruses such as H1N1 or H3N3.

According to the “CDC”, various factors affect the effectiveness of the vaccine, the most prominent of which are: characteristics of the person being vaccinated, such as his age, health condition, environment surrounding him, and the extent of virus compatibility with the vaccine.

Even in light of the effectiveness of the vaccine at levels not exceeding 60 percent as it is in the case of influenza, it remains important, especially if the “burden of disease” is calculated, which is usually done through models and equations that include the number of cases and the numbers of those who recover from it, And the number of hospital admissions, and deaths.

These were the details of the news Corona vaccine … What does it mean to be 95 percent... for this day. We hope that we have succeeded by giving you the full details and information. To follow all our news, you can subscribe to the alerts system or to one of our different systems to provide you with all that is new.