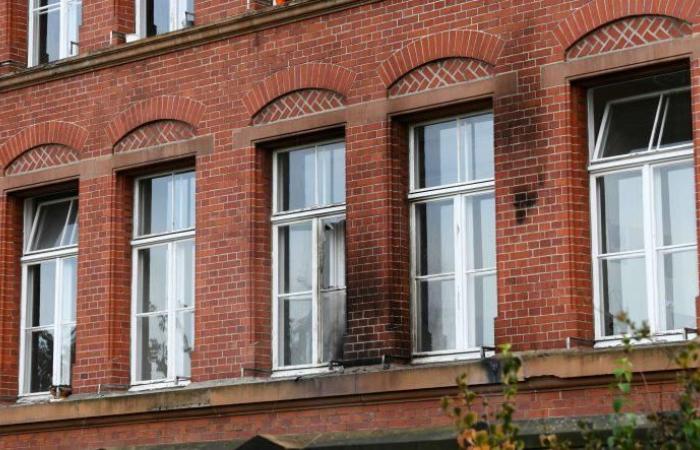 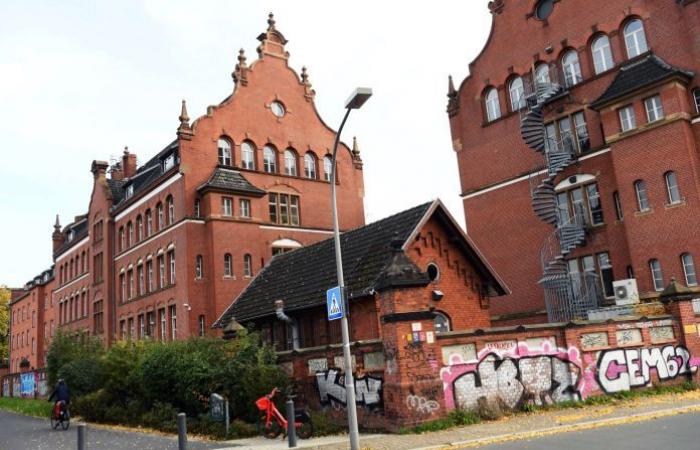 The German police announced Sunday that unknown assailants attacked the German “Robert Koch” institute in the capital, Berlin. Investigators reported that incendiary materials were thrown on the facade of the institute Saturday / Sunday night, but no one was injured as a result. The Robert Koch Institute (in German, Robert Koch-Institut) is an independent federal agency under the Ministry of Health in Germany that deals with infectious and unknown diseases. It is a public health institution, and it is one of the main research institutions in Germany and was named after the German microbiologist Robert Koch.

The police report stated that security personnel (at the institute) discovered several people around 3 am, explaining: “It is reported that one of the windows has been broken. But the workers were able to put out the fire. ”

The police added that the suspects fled, and explained: “Given that a political motive is being examined in an attempt to set up an arson attack, the State Security of the Local Crime Control Authority (Berlin) undertook the upcoming investigations.”

Protests against Corona restrictions began in the German capital, Berlin.

These demonstrations come on the eve of German Chancellor Angela Merkel’s call for Germans to limit mixing and staying in homes as much as possible. “The agenda is the following: to reduce mixing and meet with the fewest possible number of people,” the German chancellor said in her weekly newsletter Saturday. The country has counted a total of 10003 deaths, according to the Robert Koch Institute, since the outbreak of the epidemic.

Germany remained far from the first wave of Coronavirus infections that struck Europe in the spring, but it is now suffering from a sharp increase in cases, along with the rest of the countries of the continent. The chancellor emphasized that “our behavior greatly affects the speed at which the virus spreads.”

To that, the German Minister of Health, Jens Young, appeared for the first time after he was infected with the Corona virus, sending a letter on his Facebook account to the Germans. The minister said, “Do not listen to those who mock the disease, it is real and serious,” stressing the need to adhere to health instructions and restrictions, and expressing concern about the high rate of injuries. The young Germans assured his health, stressing that he was committed to the required health rules.

And the German “Robert Koch” Institute announced on Sunday that health offices in Germany had recorded 11,176 new cases of the emerging corona virus “Covid 19” within one day.

Some heads of the chancellery’s offices in the German states and directors of their crisis management offices told the German weekly “Frankfurter Allgemeine Zontagszeitung” in its Sunday edition that families cannot gather to celebrate together on Christmas Eve as usual, if the number of infections continues to increase. In this way.

Axel Wintermeier, head of the Chancellery in the state of Hesse, told the weekly that the holiday would have to be held “in the narrowest limits” in this case. “In the worst case, families will have to divide their visits over the course of Christmas days,” over different days, said Henrik Aitel, head of the chancellery in Saarland.

“I always have doubts about what will work and what will not work at Christmas,” Higer Schultz, head of the Lower Saxony state crisis management office, said.

It is reported that German President Frank-Walter Steinmeier appealed Sunday to the international community to join hands in combating the emerging corona virus “Covid 19”, especially with regard to the issue of vaccines.

In a video recording on the occasion of the opening of the World Health Summit, the German President said: “If we want not to live after the epidemic in a world in which the principle of ‘every person against the other, and every person for himself’ takes a greater place, then we will need the enlightened mind of our societies and our governments. ” , Stressing that the epidemic must be overcome in a spirit of cooperation and not in a spirit of “vaccine nationalism.”

It is noteworthy that rich countries around the world, including Germany, have secured themselves millions of vaccine doses through initial contracts with manufacturers even before they are approved.

Steinmeier said: “We all also know that governments are committed above all to their people,” but he pointed out that the truth says that such early insurance of the vaccine will be at the expense of some countries as well.

The German president called for support for the international vaccination initiative “Kovacs”, an initiative launched by the World Health Organization and working to achieve a fair distribution among poor countries as well.

It is noteworthy that the “World Health Summit”, which includes lectures and panel discussions, was originally scheduled to be held in the capital, Berlin, with the participation of about two thousand people. However, due to the Corona epidemic, this event was transformed into a purely digital conference, in which the participants consult via video.

These were the details of the news Attacking the Robert Koch Institute with Molotov cocktails and the German... for this day. We hope that we have succeeded by giving you the full details and information. To follow all our news, you can subscribe to the alerts system or to one of our different systems to provide you with all that is new.