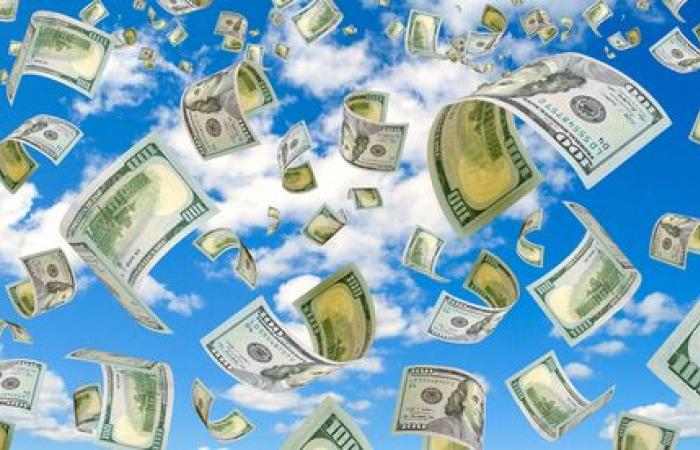 crisis? Not for the rich: While the corona plague has caused hundreds of thousands of Israelis a significant deterioration in their economic situation and many of them fall below the poverty line for the first time in their lives, the rich, it turns out, suffered less from the crisis and very few of Israel’s 157 million .

In the background, it should be noted that Israel ranks among the top OECD countries in the rate of poverty published by the National Insurance Institute every year. Meanwhile, it is expected that by 2020 the proportion of the poor in Israel will increase greatly.

The new wealth report published today (Sunday) by Credit Suisse, one of the most influential banks in the world, reveals that the Corona virus has had only a small effect on Israeli millionaires. The declines in markets and real estate prices only in 154. According to the Credit Suisse report, there were 157,286 millionaires in Israel in June, compared to 157,440 millionaires in Israel at the beginning of the year. This is a slight decrease of only about one-tenth of one percent.

The report shows that the average wealth value of each of the Israeli millionaires is $ 3.33 million net, after deducting all liabilities and loans. This is the same figure as the value of the millionaires’ assets at the end of last year.

According to the report, the average wealth of every resident in Israel is $ 220,996 compared to $ 222,513 at the beginning of the year. Israel, according to a study by Credit Suisse, is in 20th place on the list of average wealth per adult in the world. The report states that the total wealth of adults Israel currently stands at $ 1.231 billion, compared to their total wealth at the end of the previous year, on the eve of the corona crisis, which stood at $ 1.233 billion. Each millionaire in Israel is worth an average of $ 3.33 million, which places Israel in 30th place among the countries of the world.

The wealth report also reveals, as stated, that Israel ranks 18th in the number of billionaires. Of $ 2.7 billion of their total wealth.

This, while billionaires in most of the world actually recorded an increase in the volume of their wealth in that month of about 2.8 billion on average on their wealth. According to the report, the total wealth of the ten billion Israelis since the beginning of the corona plague decreased by 26% compared to an average decrease of 15.2% recorded in the total wealth of all the thousand billion worldwide.

The number of millionaires in the world stands at 51.9 million, and it decreased in the first half of 2020 compared to the corresponding half last year, despite the severe corona crisis worldwide – by only one percent. This is a decrease of 56 thousand millionaires.

*The article has been translated based on the content of Source link by https://m.ynet.co.il/articles/58329410
. If there is any problem regarding the content, copyright, please leave a report below the article. We will try to process as quickly as possible to protect the rights of the author. Thank you very much!

These were the details of the news World Wealth Report: Also in Israel for this day. We hope that we have succeeded by giving you the full details and information. To follow all our news, you can subscribe to the alerts system or to one of our different systems to provide you with all that is new.