Coronavirus: Leiden company on breath test: ‘The first on such a... 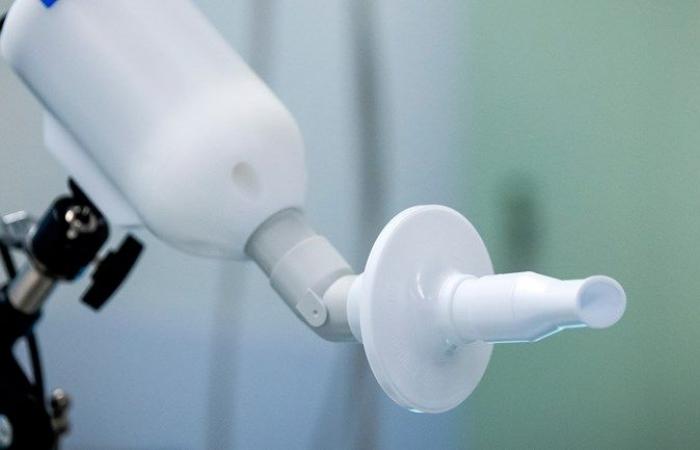 People who would nevertheless like to take a tour of the museum can request one. The maximum group size is then five people. The museum hopes to reopen on normal days in mid-November.

Following Boskoop, Alphen aan den Rijn is also ending the carnival season, media partner Studio Alphen reports. ‘Celebrating Carnival is not desirable’, according to the board of De Cascarvieten, given all the measures that are necessary to contain the corona virus.

The association says it sees no way to celebrate corona-proof carnival. ‘Sociability and togetherness, which are part of our carnival, is not possible at a distance of five feet,’ De Cascarvieten writes in a statement. In addition to the parties in bird park Avifauna, visits to elderly and care institutions are also canceled.

READ ALSO: Carnival in Boskoop canceled: no parade and parties

The number of positive corona tests is increasing, according to media partner Sleutelstad. The school group will save the reporting from now on and will inform the parents once a week from now on. When a teacher turns out to be infected, the parents and students of this teacher will receive an interim message. In such cases, the GGD may also do this in the context of source and contact research.

According to the doctor, the flu shot has a positive effect on immunity, so that people have more protection and are therefore less vulnerable to the corona virus. And getting a flu shot is safe, he says. ‘GPs take all possible preventive measures. At five feet, in well-ventilated areas and with face masks. If a well-ventilated room is not possible, the municipality will provide such a location, ‘says Schräder.

He also calls on people to put on comfortable clothes. ‘It’s nice if you don’t have to take off three layers of coats first. It’s easier if you can easily bare the arm and walk quickly. ‘ People must also put on a face mask themselves and observe the rules.

Leiden company on breath test: ‘The first on such a large scale’

The new breath test to reduce the pressure in the test streets is very simple. ‘You blow 30 to 40 seconds into the device. The device contains sensors that measure the mixture of particles in the air that you exhale, ‘says spokesman Rianne de Vries from the Leiden company Breathomix, which developed the’ revolutionary ‘breath test.

‘That mixture turns out to be different for people who have corona.’ In recent months, the company has built a database of people who do and do not have corona. ‘If a new patient now blows through the device, it is immediately compared with the stored breath profiles. That way, an answer is received within a few seconds: is this a profile with corona or not. ‘ According to De Vries, the accuracy is above ninety percent. ‘We only focus on excluding corona.’

A breath test itself is not new, but the deployment on such a large scale and in corona test lines is. ‘We are the first in this,’ says De Vries in the radio program West Wordt Wakker. At the beginning of November, the breath test will be used in more test streets, in order to reduce the pressure on the GGD and the laboratories.

Leiden University satisfied with the masking duty on the first day

‘About ninety percent came with a mouth mask. Everyone was happy with the clarity. ‘ That is what a spokesman for Leiden University, Renée Merkx, told Radio West. The university made it mandatory to wear a mouth mask in the university’s buildings as of Thursday. Only when people are sitting in the lecture halls or at their workplace, they may take off the mouth mask. Lecturers and lab technicians also do not need a mouth mask.

‘We want research and education in a safe environment, we want to prevent the spread of the corona virus and we want to remain open. We find that extremely important, ‘Merkx explains the duty of masking. And that goes well, because many students and staff wore mouth masks. Those who did not do so were not immediately sent away but were given a mouth mask.

Enforcement will start next week: ‘Anyone who refuses to wear a face mask must leave the building’, Merkx warns. The university can impose that obligation. ‘The buildings of the university are not public buildings. They are under our control, so we can set our own house rules. ‘

One in three more aware of health since corona

One in three Dutch people is more aware of their own health since the corona pandemic broke out. Four in ten Dutch people are more aware of where they stand in terms of health. Health insurer Zilveren Kruis reports this on the basis of research among 1,532 Dutch people.

82 percent of the participants indicated that they are engaged in a healthy lifestyle. A better diet and more exercise are mentioned the most. Being able to enjoy more comes close behind.

For four in ten negative emotions such as fear, shame or sadness are decisive to start improving their health. The research also shows that 36 percent of the Dutch feel more tired and gloomy because of corona, this is 57 percent in the 18 to 24-year-old group.

On Monday the autumn holidays start for the central and south of the Netherlands, with which the North region will hand over the baton. Although the ANWB expects traffic on the road on Friday, it will probably be a traffic jam-free ‘changeover day’.

It will not be a black Friday or Saturday, predicts Arnoud Broekhuis of the ANWB, but he does expect more crowds throughout the day. ‘That is because of the change in holiday centers’, he explains, ‘but it will be better than expected since commuting is not on the road’.

Broekhuis sees the low traffic jam figures that people are responding to the call to work from home. But we will continue to travel and ‘you will see a holiday in our own country on the way back’.

Chamber: no restrictions for voter to vote in corona time

Voters should not be hindered or restricted by the corona measures in casting their vote during the upcoming elections, says the Lower House. For example, voters should not be denied access to the polling station if they do not fully pass a ‘health check’, a set of questions voters are expected to ask themselves before going to the polling station.

A large majority supported an amendment proposed by the ChristenUnie on the bill that Minister Kajsa Ollongren (Internal Affairs) had submitted on temporary rules for elections in corona time. Her proposal stated that ‘entering a polling station is not allowed’ if the check does not work out properly.

Last week, an estimated 2,950 people died, about 150 more than expected for this period. According to statistics agency CBS, the higher mortality coincides with the emerging second wave of the corona epidemic in the Netherlands. The number of deaths is slightly lower than in the previous week, when 2,977 people died.

These were the details of the news Coronavirus: Leiden company on breath test: ‘The first on such a... for this day. We hope that we have succeeded by giving you the full details and information. To follow all our news, you can subscribe to the alerts system or to one of our different systems to provide you with all that is new.