The glutathione precursor ameliorates the conditions associated with premature aging in... 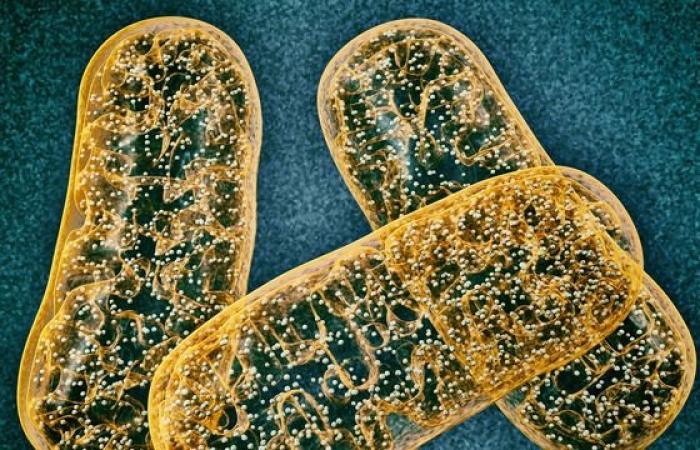 Premature aging in people living with HIV is now recognized as a new and significant public health challenge. The evidence gathered shows that people with HIV between the ages of 45 and 60 develop characteristics that are typically seen in people without HIV who are older than 70 years. For example, decreased walking speed, physical function and cognition, aging of the mitochondria, increased inflammation, immunodeficiency, frailty and other health conditions are significantly higher in people with HIV compared to age- and gender-matched uninfected people.

At Baylor College of Medicine, endocrinologist Dr. Rajagopal Sekhar, Associate Professor of Medical Endocrinology, and his team found in the right place at the right time to study premature aging in people with HIV. For the past 20 years, they have studied the natural aging of elderly people and aged mice in the Department of Endocrinology, Diabetes and Metabolism of the Medical Department. In addition, Sekhar has been involved in HIV research for 17 years, providing clinical care to patients in the HIV clinic at Thomas Street Health Center, part of the Harris Health System in Houston, where he operates the sole endocrinology and metabolism clinic.

Sekhar’s years of expertise, knowledge and interest in metabolic disorders in HIV patients and a parallel study of non-HIV patients have resulted in the publication of significant discoveries regarding the metabolic complications of aging, HIV and diabetes, and led numerous clinical studies that made this possible together to provide a better understanding of why we age.

“The work presented here was published in the journal Biomedicine, bridges the gap between the laboratory bench and the bedside by providing proof-of-concept evidence that people with HIV are specifically supplemented with a combination of glycine and N-acetylcysteine, which we call GlyNAC, as a precursor to glutathione, an important one the body’s own antioxidant. improves multiple deficits associated with premature aging, “said Sekhar.

Why do we age

However, one of the waste products of cellular energy production are free radicals, highly reactive molecules that can damage cells, membranes, lipids, proteins and DNA. Cells rely on antioxidants like glutathione to neutralize these toxic free radicals. When cells fail to neutralize free radicals, there is an imbalance between the radicals and the antioxidant responses, resulting in harmful and harmful oxidative stress.

“The free radicals that are created in the mitochondria when fuel is burned can be compared to some of the waste products produced by a car’s internal combustion engine, some of which are removed by the oil filter,” said Sekhar. “If we don’t change the oil filter regularly, the car’s engine will reduce its output and give less mileage.”

Similarly, cell function could be disturbed over time if the balance between free radical production and the antioxidant response in cells consistently favors the former. Glutathione helps cells balance oxidative stress and keeps the oil filter clean. GlyNAC helps the cell make glutathione.

Sekhar and his colleagues have been studying mitochondrial function and glutathione for more than 20 years. Her and those of other researchers have shown that glutathione is the ultimate natural antioxidant.

“When the mitochondrial batteries are low on power as the medical and scientific community, we don’t know how to charge those batteries,” said Sekhar. “Which begs the question of whether the mitochondria could recharge and power the cell if glutathione levels were restored in the cells? Would restoring mitochondrial function improve conditions associated with mitochondrial dysfunction? ”

Restoring glutathione in cells has not been straightforward, as glutathione cannot work when taken orally for the same reasons that diabetics cannot eat insulin. It would be digested before it reached the cells. The supply of glutathione in the blood cannot correct the glutathione deficiency either, since every cell makes its own.

“Glutathione is a small protein made up of three building blocks: the amino acids cysteine, glycine and glutamic acid. We found that people who are glutathione deficient are also deficient in cysteine ​​and glycine, but not glutamic acid, ”said Sekhar. “We then tested whether restoring defective glutathione precursors would help cells replenish their glutathione. But there is another catch: Since cysteine ​​cannot be administered as such, we had to add another form called N-acetylcysteine. ”

In previous studies, Sekhar and colleagues found that the addition of GlyNAC, a combination of glycine and N-acetylcysteine, corrected the glutathione deficiency in the cells of naturally aged mice to the levels seen in younger mice. Interestingly, the levels of glutathione and mitochondrial function, which were lower in older mice before ingestion of GlyNAC, and the oxidative stress, which was higher before GlyNAC, were also comparable to those found in younger mice after six weeks of ingestion of GlyNAC.

In previous clinical trials, Sekhar provided GlyNAC to small groups of people to correct nutritional deficiencies and provided encouraging evidence for further study of the value of this approach to restoring mitochondrial function in clinical trials.

In the current study, Sekhar and his colleagues carried out an open clinical study in which six men and two women with HIV and eight non-infected controls between the ages of 45 and 60 who matched the age, sex and body mass indexes participated. People with HIV were receiving stable antiretroviral therapy and had not been hospitalized for six months prior to the study.

The results are encouraging. GlyNAC supplementation for 12 weeks improved all of the deficiencies noted above. Some of the improvements decreased eight weeks after GlyNAC was discontinued.

“It was exciting to see so many new beneficial effects from GlyNAC that have never been described before. The most encouraging results have included reversing some measures of cognitive decline, a significant illness in people living with HIV, as well as improvements in physical strength and other trademark deficiencies, “Sekhar said.

“It was encouraging to see that GlyNAC can reverse many of these characteristic defects in people living with HIV, as no treatment is currently known to reverse these abnormalities. Our results could have implications beyond HIV and require further investigation, ”said Sekhar.

Overall, these results provide proof-of-concept in HIV patients that glyNAC supplementation improves several characteristics of aging and that glutathione deficiency and oxidative stress may contribute to them.

Encouraged by these results, Sekhar has continued his research by testing the value of GlyNAC supplementation in improving the health of the growing elderly population, completing an open-label study and another NIH-funded, double-blind, placebo-controlled study in older adults.

“The results of these recently completed studies support the results of the HIV study,” said Sekhar, who is currently the principal investigator of two NIH-funded randomized clinical trials examining the effects of GlyNAC in the elderly with mild cognitive impairment and in Alzheimer’s disease becomes disease.

This article was republished from the following materials. Note: The material may have been edited for length and content. For more information, please refer to the specified source.

These were the details of the news The glutathione precursor ameliorates the conditions associated with premature aging in... for this day. We hope that we have succeeded by giving you the full details and information. To follow all our news, you can subscribe to the alerts system or to one of our different systems to provide you with all that is new.