E-cigarettes “better than chewing gum or patches when it comes to... 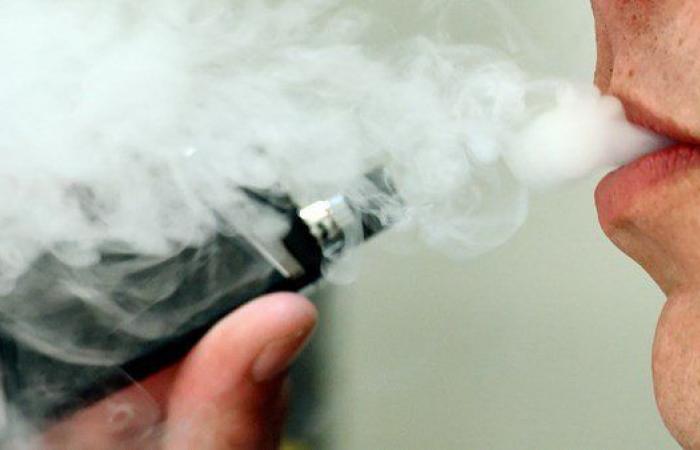 According to nicotines, electronic cigarettes containing nicotine are more effective in helping smokers quit than chewing gum or patches.

However, the researchers found that more evidence is needed of the possible long-term harm from e-cigarette use.

In a recently updated review published in the Cochrane Library, the team looked at three studies involving 1,498 people that compared e-cigarettes to nicotine replacement therapy such as patches or chewing gum.

The results showed that more people quit smoking when using nicotine-containing e-cigarettes than when using another form of nicotine substitute.

“This means that another four in 100 people with nicotine-containing electronic cigarettes could potentially quit smoking.”

Similar results were seen in three other studies that compared nicotine-containing e-cigarettes with those without nicotine, the researchers added.

Meanwhile, evidence from four studies also showed that more people who used nicotine-containing e-cigarettes gave up smoking than those who received only behavioral support or no support.

They said this is because the total number of studies is small and serious health problems are very rare among both users and non-users of nicotine e-cigarettes.

Jamie Hartmann-Boyce of the Cochrane Tobacco Addiction Group, lead author of this updated Cochrane Review, said, “The randomized evidence for smoking cessation has increased since the last version of the review, and there is now evidence that electronic cigarettes are likely to have increased nicotine the likelihood of successfully quitting compared to nicotine gum or patches.

“Electronic cigarettes are an evolving technology.

“While there is currently no clear evidence of serious side effects, there is considerable uncertainty about the harms of electronic cigarettes and longer term data is needed.

“Scientific consensus is that electronic cigarettes are significantly less harmful than traditional cigarettes, but not risk-free.”

John Britton, Professor Emeritus of Respiratory Medicine at the University of Nottingham, who was not involved in the research, commented on the findings: “This comprehensive review of all data on the effectiveness of electronic cigarettes in assisting people to quit provides definitive confirmation that electronic Cigarettes provide smokers with an effective means of quitting smoking, and perhaps more so than some approved drugs for quitting smoking.

“Questions about their long-term safety are only resolved after these products have been in use for many years. However, all of the available evidence suggests that long-term adverse effects are likely to be far less than that of smoking tobacco. ”

The updated Cochrane Review now includes 50 studies, up from 35 studies since it was last published in 2016.

The results come from the publication of polls indicating that the proportion of adults in the UK using e-cigarettes rose from 7.1% in 2019 to 6.3% or around 3.2 million people in 2020 has decreased.

The charity argues that “unfounded concerns” about the health risks posed by e-cigarettes could mean that smokers will not benefit from switching to them.

Deborah Arnott, General Manager of ASH, said, “About a third of smokers have never tried an e-cigarette and less than 20% are currently using one.

“If many more smokers could be encouraged to try e-cigarettes, the latest evidence suggests that many more could successfully quit.

“Health professionals play an important role. You can give smokers the confidence to try an e-cigarette by telling them that you can help them deal with food cravings and that they are a much safer alternative than continuing to smoke. ”

These were the details of the news E-cigarettes “better than chewing gum or patches when it comes to... for this day. We hope that we have succeeded by giving you the full details and information. To follow all our news, you can subscribe to the alerts system or to one of our different systems to provide you with all that is new.