Official: This is why the Russian Corona vaccine is safe 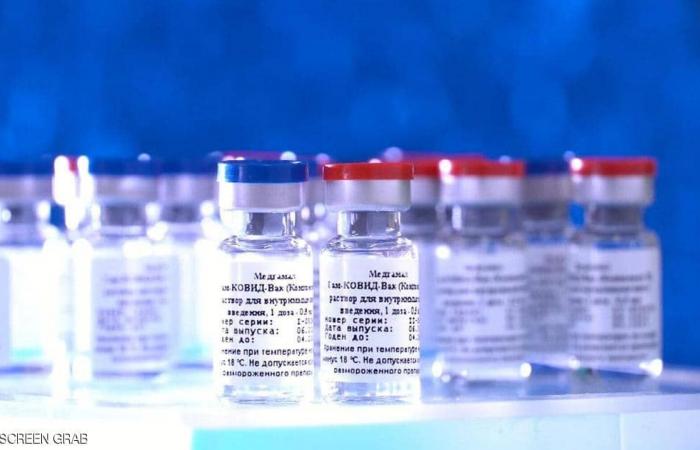 وقال Kirill Dmitriev In an exclusive interview with “Sky News Arabia”: “What is important about these human adenovirus vectors, is that they come from a typical human virus and have been studied for decades, and are very different from mRNA techniques or adenovirus vectors in monkeys, which have not been studied.” Intensively”.

“If Human adenovirus vectors It has been studied for decades and on the basis of which Russia has developed a vaccine against Ebola For 6 years, we worked on developing a vaccine against the MERS virus for two years. So we used already approved platforms in Russia that were proven safe and used them against Corona. “

The CEO ofRussian Direct Investment Fund, That a typical influenza virus called an adenovirus was used, which has a portion of the “spike” protein that it encapsulates Corona Virus.

And he went on to explain that Russian vaccine The one that was developed does not carry the Corona virus itself, but rather a part of the spike protein, saying: “We give the vaccine two doses in order to boost immunity. The second dose boosts immunity 6 times more, compared to the first dose.”

He continued, “For example, if someone in his seventies traveled from Russia to me UAEAnd his antibody level was 10, then this level is high, because if a person has any level greater than 1 of the antibodies, this means that he has immunity to Corona. A patient who has an IgG level of about 6, therefore, there is a very good immune response to those who received the vaccine, which means that these people are protected.

Dmitriev indicated that this immunity will last, “because the vaccine contains a high percentage of antibodies, and it secretes the so-called immunity of cells, which usually lasts for a long time.”

It is reported that the third phase of clinical trials of the Russian vaccine, developed by the Gamalia Federal Institute for Epidemiological and Microbiology Research of the Russian Ministry of Health, begins in the UAE.

The Department of Health – Abu Dhabi will conduct the experiments under the supervision of the Ministry of Health and Community Protection, and Abu Dhabi Health Services Company, “SEHA”, will implement all applicable medical protocols.

Clinical trials are in place UAE Part of the ongoing experiments that are currently being carried out in Russia and other countries in the world.

He said: “About 10 percent of those who received the vaccine had a slight rise in temperature, which is normal and explains that their immune system began to work. What we have seen is that there are no severe side effects in those who received the vaccine, but rather they developed a high level of antibodies, which explains That the vaccine is based on a common human virus, and we have modified it in a way to prevent its reproduction. “

He noted that it is “like catching a slight cold for half a day,” which allows giving the spike protein of the Corona virus and thus building long-term immunity.

When asked about the differences between the Russian vaccine and the vaccines that are being developed in America, China and Britain, Dmitriev replied: “The vaccine is very safe and I, my wife and my parents received it. It is important to mention that this vaccine is based on a safe human adenovirus and is different from the adenovirus platforms for monkeys. And about mRNA Which is a new technology. These new technologies have not been previously approved for vaccines, and they have begun to appear recently. “

He added: “As for we, we adopted a safe and human technology, so that we can say that this vaccine is organic, so we were able to obtain approval for it. It was approved first for employees who are most vulnerable to the virus, who need to protect themselves because they work in places where the virus is spreading.”

Dmitriev considered that Russia “made a correct decision to approve this vaccine, and since then China and the UAE have approved the emergency use of the vaccine, as well as the United States and Britain, which confirmed their approval for the emergency use of the vaccine. We see that we have a good vaccine and a good organization point,” I have made the right decision to allow a secure platform to be used to protect our people. “

When asked about the price at which the vaccine will be offered, Dmitriev said Russian vaccine “It will be less expensive than some vaccines based on mRNA technology, and some other vaccines based on viruses that have been inactivated,” adding: “We believe that we will provide the vaccine at a reasonable cost.”

He added, “We are still calculating this cost because we are still trying to increase production as much as possible. We have agreed to produce our vaccine in India, Brazil, China, Korea and a number of other countries. If it will be provided at a reasonable cost … Frankly, if we compare the cost of the vaccine with the cost of repeated tests, we find that the vaccine It is a very effective solution, and I see that Middle East region You will be interested in using the vaccine, and today we have requests from several countries. “

At the same time, the CEO of the Russian Direct Investment Fund pointed out that the “most prominent obstacle” is the amount of vaccines that can be produced in a short time, given the time required for this production.

Regarding when the Russian vaccine will be ready with the required approvals, Dmitriev said: “We believe that we will have a large production of the vaccine in November and December, and we will work closely with several regulators to obtain the necessary approvals.”

He explained that this approval “will be based on data in the UAE, as well as Russian data, specifically the 40,000 people who will receive the vaccine, in addition to clinical trials that will be conducted in India and other countries.”

He added, “We will have one of the largest clinical trials in the world with the participation of more than 45 thousand patients for whom evidence will be available. Therefore, we may obtain approvals from some regulators in November and from others in December, and we will provide data from different countries to see the effectiveness and safety of our vaccine.”

These were the details of the news Official: This is why the Russian Corona vaccine is safe for this day. We hope that we have succeeded by giving you the full details and information. To follow all our news, you can subscribe to the alerts system or to one of our different systems to provide you with all that is new.