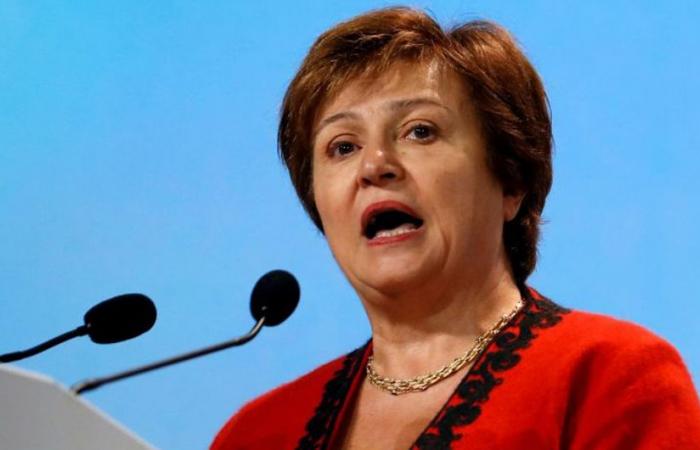 Thank you for reading the news about IMF and Ukraine reach tentative $5.5bn deal and now with the details

Jeddah - Yasmine El Tohamy - WASHINGTON: US lawmakers seeking to rein in Big Tech have been stepping up efforts to limit legal immunity for online services, and now are taking that fight global.

House Speaker Nancy Pelosi this week backed a move by fellow lawmakers to carve out the so-called Section 230 protection — which some activists say is a cornerstone of the open internet — from a North American trade pact with Canada and Mexico, known as USMCA.

“There are concerns in the House about enshrining the increasingly controversial Section 230 liability shield in our trade agreements, particularly at a time when Congress is considering whether changes need to be made in US law,” Pelosi spokesman Henry Connelly said.

Debate on Section 230, a clause in the 1996 Communications Decency Act, has been raging for months amid rising concerns about the failure of tech platforms to curb hate speech, extremist content, copyright infringement and other abuses.

The effort to modify the law — which immunizes online services from third-party content on their sites — has drawn support from both Democrats and Republicans.

Republican Senator Josh Hawley proposed legislation earlier this year that would end the immunity unless companies submit to an “external audit” which shows they are acting in a “politically neutral” manner.

“With Section 230, tech companies get a sweetheart deal that no other industry enjoys: Complete exemption from traditional publisher liability in exchange for providing a forum free of political censorship,” Hawley said in introducing the legislation. “Unfortunately, and unsurprisingly, big tech has failed to hold up its end of the bargain.”

Civil liberties activists said Hawley’s bill is unconstitutional and would put the government in charge of regulating speech. Other analysts point out that Section 230 has enabled the internet to thrive and that modifying it could be devastating for the internet and online speech.

“The services that we enjoy the most exist because of Section 230,” said Eric Goldman, director of the High-Tech Law Institute at Santa Clara University.

Goldman said Section 230 has become a “proxy” for the frustrations with Facebook and Google but that “American consumers would be the losers” if the law is weakened.

Corynne McSherry of the Electronic Frontier Foundation told a congressional hearing in October that Section 230 protects not only major tech platforms, but any online activity — from forwarding an email to commenting in a news forum to sharing pictures and videos of friends — from “third party liability.”

McSherry said that without Section 230, tech firms such as Google, Facebook, and Twitter would not exist in their current form because they would not be able to host user content without fear of a lawsuit.

She argued that eliminating Section 230 would “cement the dominance” of these firms, because it would mean higher costs to filter and moderate content that new startups could not afford.

According to Katherine Oyama, Google’s head of intellectual property policy, the internet would be a far different experience without the liability shield.

“Without Section 230, platforms could face liability for decisions around removal of content from their platforms,” she told lawmakers.

These were the details of the news IMF and Ukraine reach tentative $5.5bn deal for this day. We hope that we have succeeded by giving you the full details and information. To follow all our news, you can subscribe to the alerts system or to one of our different systems to provide you with all that is new.