YOTEL announced as first hotel to open in OXAGON 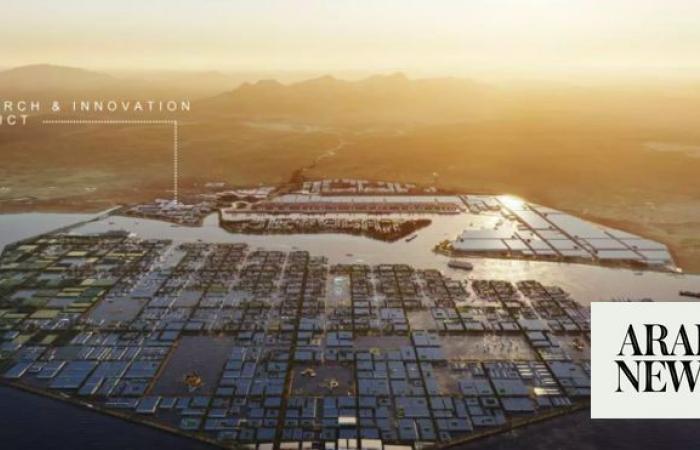 Jeddah - Yasmine El Tohamy - RIYADH: The global cost-of-living crisis poses the largest threat to businesses in the UAE in the coming two years, according to the World Economic Forum’s Global Risks Report 2023.

Sustained high inflation and severe commodity price shocks also threatened business health in the country, showed the report findings, which have been given a fresh analysis by US-based professional services firm Marsh McLennan.

The report identified the aforementioned obstacles as the biggest short-term critical threats to business continuity and economic growth in the UAE.

The conclusions of the WEF report were obtained from interviews with a panel of more than 12,000 executives.

It also took into consideration the opinions of more than 1,200 global risk experts, policymakers and industry leaders from 121 different countries.

Brad Simpson, Risk Management Leader MENA at Marsh McLennan, said: “For the majority of UAE executives interviewed, the ‘new normal’ that followed the COVID-19 pandemic brings a lingering fear of economic collapse as a result of a convergence of inflationary, debt and supply chain risks.

"The Global Risks Report 2023 also clearly shows that the pandemic has deeply impacted short-term risk concerns related to asset bubbles and resource-related geopolitical instability. These factors – alongside cybersecurity fears and climate action failure, paint a picture of unease and uncertainty across the national economy."

Geopolitical contestation of resources, geo-economic confrontations and failure of cybersecurity measures have also been recorded by participants as leading risks to UAE businesses in the upcoming couple of years.

The report noted that the cost-of-living crisis does not solely belong to the UAE, but was ranked as the most severe global risk over the next 24 months.

“Cost of living crisis was broadly perceived by Global Risks Perception Survey respondents to be a short-term risk, at peak severity within the next few years and easing off thereafter,” stated the report.

“But the persistence of the global cost of living crisis could result in a growing portion of the most vulnerable parts of society being priced out of access to basic needs, fueling unrest and political instability.”

The WEF report indicated that projections from the International Monetary Fund show a decline in global inflation from 2.2 percent in 2022 to 6.5 percent this year and 4.1 percent the year after.

Despite that, it remained a worldwide concern and is ranked as a top 5 risk over the next two years.

“The complexity of inflationary dynamics is creating a challenging policy environment for both the public sector and central banks, given the mix of demand and supply-side drivers, including a prolonged war in Ukraine and associated energy-supply crunch, potential for escalating sanctions, and continued bottlenecks from a lingering pandemic or new sources of supply-side controls,” added the report.

These were the details of the news YOTEL announced as first hotel to open in OXAGON  for this day. We hope that we have succeeded by giving you the full details and information. To follow all our news, you can subscribe to the alerts system or to one of our different systems to provide you with all that is new.