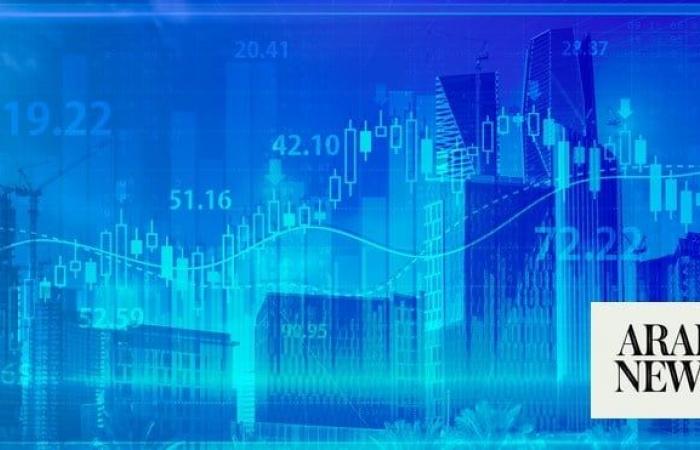 Thank you for reading the news about Saudi bourse slowly recovers from a 19-month low in a volatile market: Closing bell and now with the details

RIYADH: Oil rebounded on Thursday after four sessions of decline, boosted by hopes that easing anti-COVID measures in China will revive demand and by signs that some tankers carrying Russian oil have been delayed after a Group of Seven price cap came into effect.

China on Wednesday announced the most sweeping changes to its resolute anti-COVID regime since the pandemic began, while at least 20 oil tankers faced delays in crossing to the Mediterranean from Russia’s Black Sea ports.

Meanwhile, Qatar has set its official selling price for its Marine crude at $1.85 a barrel above the Oman/Dubai average for January.

Iraq produced 4.43 million barrels per day of crude in November, down by 221,000 bpd from October, Reuters reported, citing data from state-owned marketer SOMO.

According to the production figures, Iraq’s output was in line with its quota under the agreement made by the Organization of Petroleum Exporting Countries and its allies, known as OPEC+.

Chevron Corp. on Wednesday said it increased its 2023 capital spending budget by a double-digit percentage from this year to $17 billion, as inflation drives up energy production costs and the firm pours cash into low-carbon fuel projects.

Like other US energy companies that profited from this year’s rise in fuel prices, Chevron faces mounting pressure from the White House to invest more in fossil fuel supplies. The company is also preparing to expand operations in Venezuela.

Chevron indicated it will keep spending within a $15 billion to $17 billion range, despite this year’s surge in oil prices that generated all-time high profits and allowed for record amounts of cash distributions to shareholders.

US tells Turkiye no need for additional checks on oil tankers

US Deputy Treasury Secretary Wally Adeyemo told Turkish Deputy Foreign Minister Sedat Onal in a call on Wednesday that the price cap on Russian oil does not necessitate additional checks on ships passing through Turkish territorial waters, the US Treasury Department said.

A Turkish measure in force since the start of the month has caused a logjam by requiring vessels to provide proof they have insurance covering the duration of their transit through the Bosphorus strait or when calling at Turkish ports.

These were the details of the news Saudi bourse slowly recovers from a 19-month low in a volatile market: Closing bell for this day. We hope that we have succeeded by giving you the full details and information. To follow all our news, you can subscribe to the alerts system or to one of our different systems to provide you with all that is new.