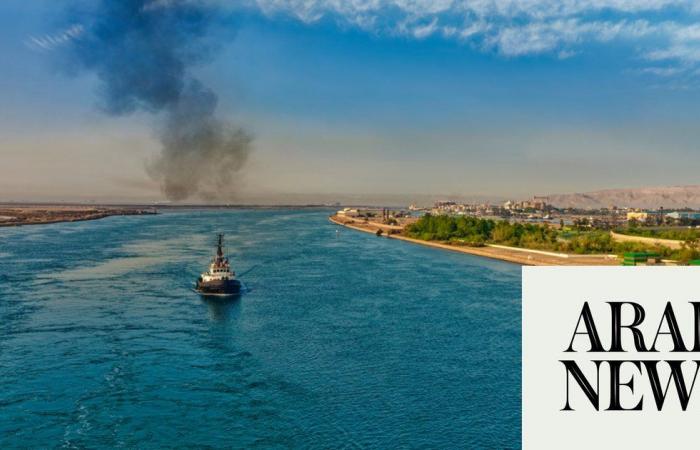 Thank you for reading the news about Suez Canal revenues hit $2.1bn in Q3, highest quarter in history: Egypt Cabinet and now with the details

RIYADH: Saudi Arabia’s Minister of Energy has insisted an agreement to cut oil production by two million barrels per day was made to sustain markets, not to raise prices.

Prince Abdulaziz bin Salman made the comments after the Organization of the Petroleum Exporting Countries and its allies, known as OPEC+, faced criticism for agreeing to reduce its output from November, with US President Joe Biden calling it “a disappointment”.

The minister said in a press conference after the OPEC+ meeting on Wednesday that “our current priority is stability in the market in terms of demand and investment.”

In an interview with Bloomberg, he went further, responding to suggestions of prioritizing profit directly.

“That mantra maybe could be acceptable if it is meant to be that we are deliberately doing this to jack up prices and that is not on our radar, our radar is to make sure we sustain markets,” he told Bloomberg.

Oil prices have not surged compared to coal and gas thanks to the OPEC+ and the effectiveness of its decisions, Prince Abdulaziz added.

The group's goal is to create a disciplined market that serves its real objective, as liquidity in the markets was affected by sharp fluctuations that caused prices to surge, according to the minister.

Prince Abdulaziz also indicated that there is currently no need for an additional cut in oil production by Saudi Arabia, as the agreement is considered good and appropriate for the current time.

“I said it in the press conference that in order for us to be attentive we have to be certainly assertive, preemptive and we have to be proactive,” he said.

The minister moved to quell suggestions that Saudi Arabia was the driving force behind the production cuts, insisting that the decisions taken in the group are unanimous and taken with the participation of all members.

Prince Abdulaziz said that the risks to the market come from strength of the dollar and higher interest rates.

He also indicated that it is not possible currently to judge the impact of the decision to set a price cap on Russian oil, until the passing of the next two months, given the state of uncertainty and lack of details and until the situation becomes clearer.

He added that it will then be possible to clarify the reaction of players and producers and accordingly make better decisions.

Lack of clarity on price cap adds uncertainty, he said, adding that uncertainty could go either way.

The situation is now incomparable to any other throughout his 35-year career in the sector, according to the minister.

Prince Abdulaziz noted that even during the pandemic period, the market faced one variable which is COVID while currently, the market is facing a number of issues whose impact on the market may be positive or negative or a combination of both.

“It is a variety of convoluting uncertainties and they could go astray altogether, and to the positive side, or the negative side, or it could be a combination,” he said.

These were the details of the news Suez Canal revenues hit $2.1bn in Q3, highest quarter in history: Egypt Cabinet for this day. We hope that we have succeeded by giving you the full details and information. To follow all our news, you can subscribe to the alerts system or to one of our different systems to provide you with all that is new.