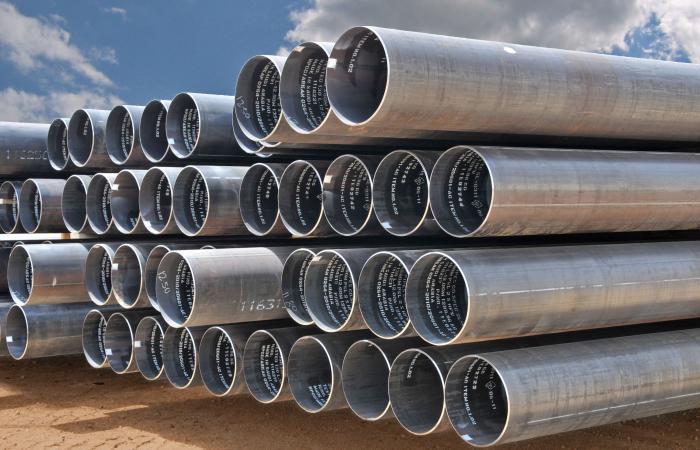 Jeddah - Yasmine El Tohamy - RIYADH: The Saudi Data and Artificial Intelligence Authority is aiming to create a leading data and AI-driven economy and make Saudi Arabia one of the top countries in the technology, the agency’s deputy director said.

Mishari Al-Mishari, the deputy director of SDAIA, told Arab News on the sidelines of the Global AI Summit in Riyadh that SDAIA was created to be the custodian of the national agenda on data and AI.

“SDAIA was created to have an entity that will be the custodian of the national agenda of data and artificial intelligence to create a leading data and AI-driven economy,” he said.

The conference, which SDAIA organized, hosted up to 30,000 hybrids and in-person attendees and had representatives from more than 90 countries, he said.

“In this summit, we didn’t restrict it to the dialogues and the discussion; we emphasized the experience as well,” he added.

The conference, which SDAIA organized, hosted up to 30,000 hybrids and in-person attendees and had representatives from more than 90 countries, Mishari Al-Mishari, deputy director of SDAIA, said.

Over 40 use cases designed by leading companies and institutes in AI were presented at the conference, allowing attendees to interact with, live, and experience AI and understand how it could improve their lives, Al-Mishari said.

“We share a common vision with the DDP. The partnership will bring together the public and the private sector and accelerate safe and inclusive digital transformation in developing countries,” said Al-Ghamdi.

He added: “I am confident we will make a real difference. I am looking forward to a fruitful collaboration.”

Al-Mishari said the initiative would help underdeveloped economies adopt AI for the benefit of their citizens.

The technology, according to Al-Mishari, will contribute billions to the national gross domestic product. In addition, it could boost the economy with jobs, investments and opportunities for the Kingdom.

“Data is the new oil, and that’s our perception and belief of how much we could make out of data,” Al-Mishari said.

NIC has also been harnessing its governmental cloud DEEM, founded in late 2018, as a proof of concept and has grown rapidly since then.

At this point, NIC’s mandate is only to serve public sector undertakings, so he added that the DEEM exclusively serves public projects.

Their internal team, entirely made up of Saudi female and male engineers, developed the cloud.

“I am glad our team is all Saudis, young engineers, males and females. So that cloud is fully built by our Saudi talent,” Al-Sahan said.

When it comes to cloud security, NIC implements strict measures. Two teams are responsible for securing the cloud, a larger team entrusted with governance, risk, and compliance does the monitoring for them, and an internal team performs penetration testing and their daily security operations, he said.

Al-Sahan said that NIC is currently finished with its three-year strategy for 2025.

As part of that strategy or roadmap, external vendors and partners participate in the government cloud, he said.

“So, we’ll open up a little bit for trusted partners to be part of the government cloud and provide unique services to the government entities,” he concluded.

SDAIA, in partnership with the Ministry of Rural Affairs and Housing and the Royal Commission for Riyadh City, announced “Smartathon — The Smart Cities Challenge” with prizes totaling SR1,000,000, according to Sattam Alsubaiee, assistant director for insights at NIC.

The competition is open for anyone globally, he said. SDAIA wants participants to develop AI models that detect visual pollution automatically.

“We give them the data, and everyone is invited to participate, take that data and build AI models that can detect the visual pollution,” Alsubaiee told Arab News.

Because humans have limited resources, SDAIA and its partners do not want to deploy a vast workforce to detect that visual pollution with their eyes.

“You cannot deploy thousands of inspectors trying to find all the visual pollution in all the cities. So, we want the machine to help us automate in solving that problem,” he added.

SDAIA is publishing data they already have and collected to invite everyone to contribute and help them solve those problems, he said.

“We want to make Saudi Arabia one of the smartest countries in the world, not just at the city level, but at the country level,” he concluded.

These were the details of the news Arabian Pipes wins $41m contract from Saudi Aramco to supply steel pipes for this day. We hope that we have succeeded by giving you the full details and information. To follow all our news, you can subscribe to the alerts system or to one of our different systems to provide you with all that is new.

PREV Strength in numbers: Saudi Arabia and China seal 35 deals worth $30 billion during Xi Jinping’s visit
NEXT How Saudi Arabia can capitalize on Chinese expertise to achieve its diversification goals 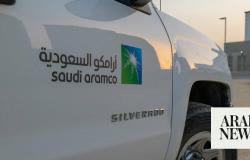