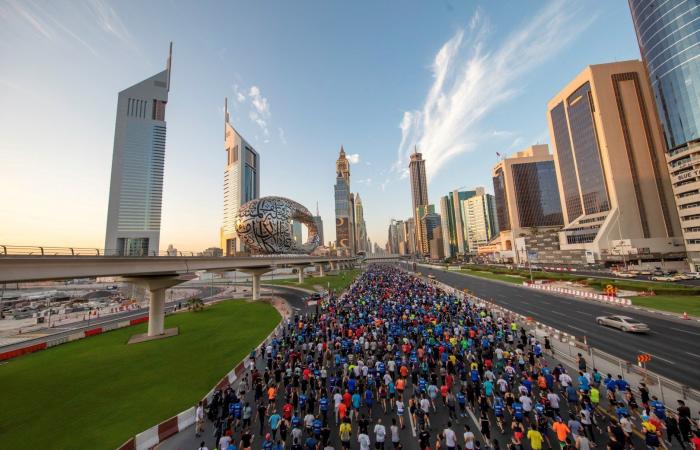 Thank you for reading the news about Sports sector contributes $2.45bn to Dubai economy in 2021 and now with the details

Jeddah - Yasmine El Tohamy - KARACHI: Pakistan’s central bank has said that the Saudi Fund for Development will extend a $3 billion deposit currently placed in the bank’s accounts for one year, which financial experts say could boost investor confidence in the South Asian economy.

The State Bank of Pakistan signed the $3 billion deposit agreement with the SFD in November 2021, which was expected to help support Pakistan’s foreign currency reserves, which stood at $8.6 billion as of Sept. 9.

Saudi Fund for Development (SFD) has confirmed rollover of $3bn deposit maturing on 5Dec22 for one year. Deposit is placed with SBP and is part of its forex reserves. This reflects continuing strong and special relationship between KSA and Pakistan. Old PR https://t.co/YvQ9VXPq0x

on Sunday and said that it reflected a “continuing strong and special relationship” between Pakistan and Saudi Arabia.

“Saudi Fund for Development (SFD) has confirmed rollover of $3bn deposit maturing on 5Dec22 for one year,” the central bank wrote on Twitter.

The South Asian country only has enough to cover import payments for 40 days. Over the past couple of months, the rupee has plummeted to historic lows against the US dollar, and it continues to remain under pressure due to a demand surge for food and oil imports.

Experts say SFD’s rollover will give some breathing room for Pakistan, whose economy has been struggling to stabilize and is at risk of default. The country also faces the burden of catastrophic floods that have inflicted billions of dollars in damage, affected 33 million people, and killed over 1,500 Pakistanis.

“The rollover has definitely improved the confidence of investors and debt maturity profile of the country because now we have breathing space for another year,” Samiullah Tariq, director of research at the Pakistan Kuwait Investment Co., told Arab News on Monday.

“The sentiments of the market will continue to improve with more rollovers, which would be reflected in the credit default swap and bond yields of the country in the coming days,” he added, referring to expected rollovers of loans from China and the UAE.

The Saudi rollover “will change sentiments in the currency market” and lead to the rupee appreciating against the dollar, Zafar Paracha, general secretary of the Exchange Companies Association of Pakistan, told Arab News.

The recent development also showcases the support from Saudi Arabia and is part of the Kingdom’s long-term engagement with Pakistan, Tahir Abbas, head of research at Arif Habib Ltd., a Karachi-based brokerage firm, told Arab News.

“The rollover is a big help extended by Saudi Arabia to Pakistan as part of its long-term economic relations,” Abbas said.

“Saudi support is critical for Pakistan because coupled with deferred payment for oil imports, the deposits play a vital role for our foreign exchange reserves and currency stability.”

These were the details of the news Sports sector contributes $2.45bn to Dubai economy in 2021 for this day. We hope that we have succeeded by giving you the full details and information. To follow all our news, you can subscribe to the alerts system or to one of our different systems to provide you with all that is new.