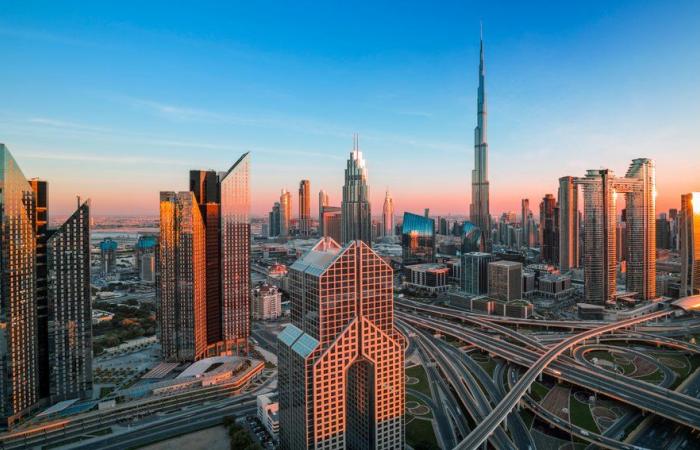 Thank you for reading the news about UAE In-Focus: Peninsula acquires 17 leased warehouse buildings; Dubai sees rental growth and now with the details

RIYADH: Bitcoin, the leading cryptocurrency internationally, traded lower on Tuesday, falling by 3.44 percent to $24,008 as of 7:57 a.m. Riyadh time.

Ethereum, the second most traded cryptocurrency, was priced at $1,874 falling by 5.51 percent, according to data from Coindesk.

As a result of sky-high inflation and recession fears this year, several companies have canceled their SPAC mergers, which were announced in April.

Despite some hope last week, analysts have cautioned against over-optimism, arguing that before slowing rate hikes, the Federal Reserve will seek more solid evidence that inflation is declining.

As part of its efforts to restructure its business, Hodlnaut, a Singapore-based crypto currency lender and borrower, filed an application to be placed under judicial management on Tuesday, Reuters said.

In a petition filed with the Singapore High Court, the crypto company said it suspended withdrawals, swaps, and deposits last week.

The collapse of two paired tokens, Luna and TerraUSD, in May sparked a selloff in crypto assets.

Haseeb Qureshi, the managing partner at Dragonfly, said the acquisition coincides with consolidation in the digital asset industry, Bloomberg added.

The terms of the deal were not disclosed. Under a new logo, Bloomberg said that Dragonfly has dropped “Capital” from its name.

Qureshi, a former partner at MetaStable, said in a Telegram message: “The bear market has caused a lot of traditional funds and crossover funds to exit the crypto market.”

“We’re the opposite: we’re going deeper, and committing to our crypto-native roots,” he added.

With tightening monetary policy, the crypto market suffered a painful rout resulting in spectacular leveraged losses., Bloomberg added. This shakeout is resulting in a rise in mergers and acquisitions.

As of July 31, MetaStable had over $400 million in assets under management, co-founded by Naval Ravikant, according to Bloomberg. Many well-known digital-asset projects, such as Ethereum, were invested in by the fund early on. Venture capital firms including Andreessen Horowitz, Sequoia, Union Square Ventures, and Founders Fund backed the company.

“Dragonfly has grown a lot since it launched, and so has the crypto industry," Qureshi said.

He added: “The traditional VCs will be back eventually, but the space will have moved on even further by then, and so will we.”

These were the details of the news UAE In-Focus: Peninsula acquires 17 leased warehouse buildings; Dubai sees rental growth for this day. We hope that we have succeeded by giving you the full details and information. To follow all our news, you can subscribe to the alerts system or to one of our different systems to provide you with all that is new.