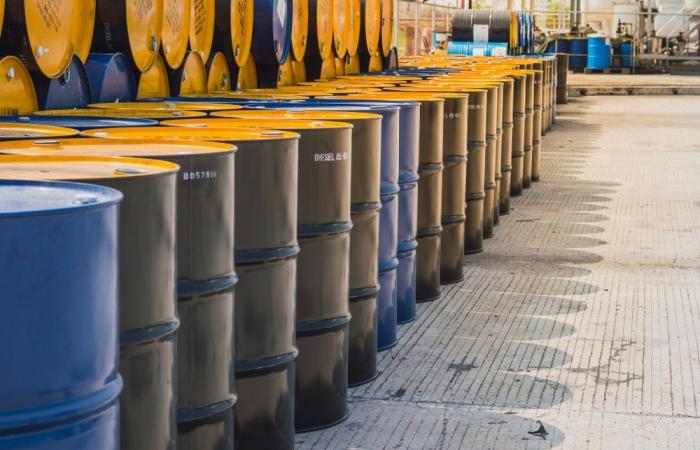 Thank you for reading the news about Oil prices slip on cloudy demand outlook, but poised for weekly gain and now with the details

Jeddah - Yasmine El Tohamy - SINGAPORE: Oil prices dropped in Asia trade on Friday amid an uncertain demand outlook, though benchmark contracts were headed for weekly gains as recession fears eased, according a Reuters.

Brent was on track to climb more than 4 percent for the week, recouping part of last week’s 14 percent tumble, its biggest weekly decline since April 2020 amid fears that rising inflation and interest rate hikes will hit economic growth and fuel demand.

WTI was heading for a weekly gain of more than 5 percent, recouping about half of the previous week’s loss.

Uncertainty capped price gains as the market absorbed contrasting demand views from the Organization of the Petroleum Exporting Countries and the International Energy Agency.

“While the peaking-inflation narrative has given some traction for risk assets lately, the more measured moves in oil prices since June suggest that some reservations remain in light of its cloudy demand outlook,” said Yeap Jun Rong, a market strategist at IG.

The trade-off for growth may continue to limit oil prices’ upside, with key psychological resistance for Brent at the $100 a barrel level, Yeap added.

On Thursday, OPEC cut its forecast for growth in world oil demand in 2022 by 260,000 barrels per day. It now expects demand to rise by 3.1 million bpd this year.

That contradicts the view from the IEA, which raised its forecast for demand growth to 2.1 million bpd, due to gas-to-oil switching in power generation as a result of soaring gas prices.

“There’s a great deal of uncertainty about demand in the short run. Until that settles, it (the market) will be like this for a while,” said Justin Smirk, a senior economist at Westpac.

At the same time, the IEA raised its outlook for Russian oil supply by 500,000 bpd for the second half of 2022, but said OPEC would struggle to boost production.

“The net picture that the IEA painted was a mix,” said Commonwealth Bank analyst Vivek Dhar. “Russian supply has been more resilient than thought.”

These were the details of the news Oil prices slip on cloudy demand outlook, but poised for weekly gain for this day. We hope that we have succeeded by giving you the full details and information. To follow all our news, you can subscribe to the alerts system or to one of our different systems to provide you with all that is new.