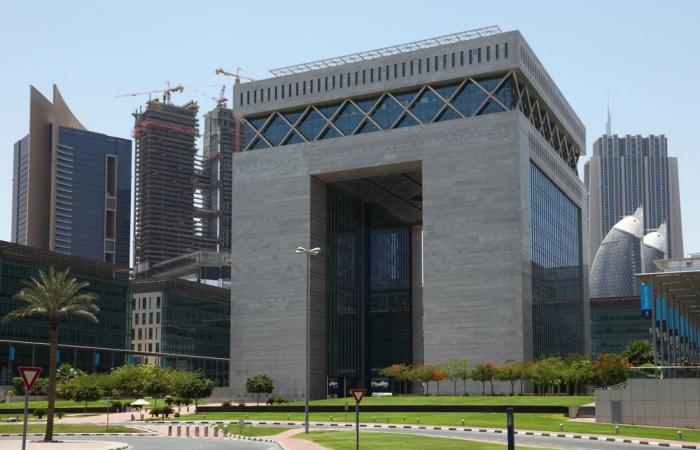 Jeddah - Yasmine El Tohamy - DUBAI: Dubai International Finance Center courts saw a 10 percent increase in case volume across all divisions in the first half of 2022, with 1.9 billion dirhams ($517 million) in total value, according to a statement.

Among the 44 cases filed in the Court of First Instance, the total value was 1.87 billion dirhams, with an average of 53.3 million dirhams, it added.

There were 447 cases across all divisions in the first six months of 2022.

During the first half of 2022, the Arbitration Division of the CFI also recorded an increase in cases totaling 1 billion dirhams, with an average claim value of 130 million dirhams.

In addition to disputes relating to breach of contract, outstanding payments, wills a probate, and employment claims brought to the CFI covered a range of sectors.

Around 50 percent of claims in CFI cases for the first half of 2022 originated from parties who ‘opted-in’ to use DIFC Courts to resolve their disputes, the statement said.

In addition to replacing outdated processes with digital technology, the statement reported that the DIFC Courts’ latest Work Plan would ensure court systems are smart, user-friendly, and agile enough to keep up with global commerce.

These were the details of the news Dubai International Finance Center courts record $517m worth of cases in H1 for this day. We hope that we have succeeded by giving you the full details and information. To follow all our news, you can subscribe to the alerts system or to one of our different systems to provide you with all that is new.