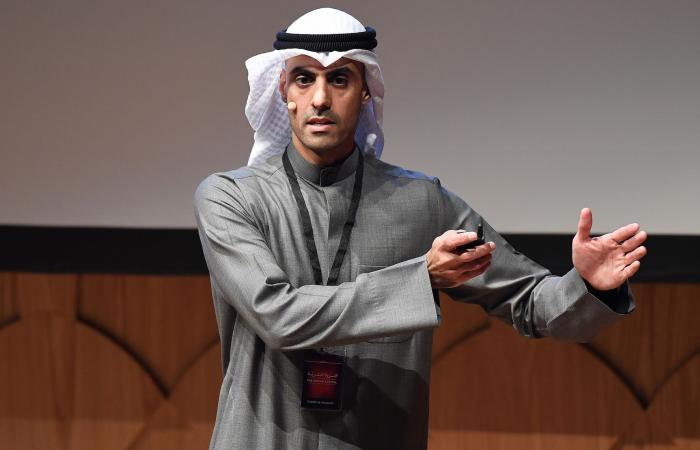 Jeddah - Yasmine El Tohamy - LONDON: Forbes Middle East has named Bader Nasser Al-Kharafi, the CEO of Zain Group. as one of the top 100 CEOs in the Middle East for 2022.

He is ranked 35th and leads a number of other Kuwait-based executives on the list, including Sheikha Dana Al-Sabah of the KIPCO Group, Essam Al-Sager of the National Bank of Kuwait, Tareq Al-Sultan of Agility, Elham Mahfouz of the Commercial Bank of Kuwait, Mohammed Al-Osaimi of Boursa Kuwait, and Talal Al-Ajmi of VI Markets.

Al-Kharafi was appointed vice chairman of Zain Group in 2014 and CEO in 2017. He is also the chairman of the board for the executive committee of Boursa Kuwait, a board member of the UN High Commissioner for Refugees, and a founder of BNK Holding, a privately held shareholding company.

The CEOs ranked on the Forbes list come from 26 countries in the region. Companies in the UAE leads the way with 19 entries, followed by Egypt with 16 and Saudi Arabia with 15.

In 2021, the bosses on the list managed more than $1 trillion in revenues and the combined worth of their companies is more than $5 trillion. The sector with the most CEOs on the list is banking and financial services, with 27, followed by telecoms with eight, and energy and logistics with seven.

“Irrespective of the economic environment, market conditions, and other factors, it is the CEO who bears most of the responsibility for the success or failure of the company they lead,” Forbes Middle East wrote.

“This is becoming more apparent in the Middle East, where corporate governance has been improving for several years. There is now a clear separation between ownership and management in companies throughout the region.

“This trend is particularly strong in government-owned businesses, with even sectors such as defense and utilities now being incorporated and even being listed on stock exchanges. This has made CEOs focus more on long-term benefits that stem from innovation, technology, and ESG (environmental, social and governance) initiatives.”

In 2021, when Forbes Middle East published its first list of the top CEOs in the region, the magazine found that the mood among executives was focused on safety and the protection of business.

“This year has seen a reversal in fortunes, with record profits, new investments, large IPOs (initial public offerings), and mega deals taking center stage,” according to the magazine.

The CEOs were ranked based on the effects they have had on the region, their country and the markets that they serve; their overall experience and time spent in their current role; the size of the company in terms of revenues, assets and market cap; their achievements and performance in the past year, and the innovations and initiatives they are responsible for.

These were the details of the news Zain Group boss is top Kuwait-based CEO on Forbes Middle East list of top executives for this day. We hope that we have succeeded by giving you the full details and information. To follow all our news, you can subscribe to the alerts system or to one of our different systems to provide you with all that is new.