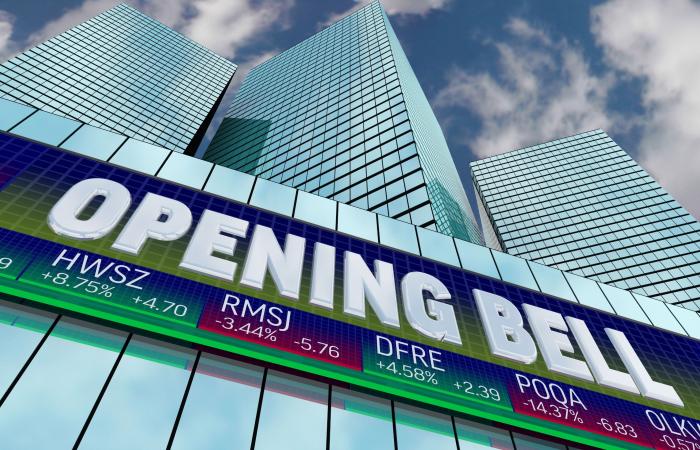 Thank you for reading the news about TASI begins July in green following a dismal June: Opening bell and now with the details

TASI, as the main index is known, ended June losing 11 percent to reach 11,523 at the closing bell of Thursday’s session, while Nomu exited the month at 21,585.

Elsewhere in the Gulf, stock exchanges of Dubai, Qatar, Abu Dhabi, and Oman shed between 0.1 and 0.7 percent, while those of Bahrain and Kuwait were up 0.8 and 0.2 percent, respectively.

In energy trading, Brent crude settled at $111.63 a barrel on Friday, while US West Texas Intermediate reached $108.43 a barrel.

The Saudi National Bank will distribute dividends of SR4.9 billion ($1.3 billion) in total to its shareholders for the first half of 2022

Al Moammar Information Systems Co. won a SR34.4 million project with the Saudi Co. for Comprehensive Technical and Security Control in addition to a SR21.9 million deal with King Abdulaziz City for Science and Technology

Al Moammar Information Systems Co.’s board of directors approved the distribution of SR1.2 per share in dividends for the first half of 2022

Arabian Centres Co. declared a cash dividend of SR0.75 per share for the second half of its fiscal year ended March 31, 2022

Shareholders of ACWA Power Co. approved the recommendation to distribute a SR0.77 dividend per share for 2021

Shareholders of Bupa Arabia for Cooperative Insurance Co. approved a dividend payout of SR4.5 per share for the fiscal year 2021

L’azurde Co. for Jewelry got its shareholders’ approval to distribute cash dividends of SR0.25 per share for 2021

Unitholders of Albilad Saudi Sovereign Sukuk ETF are set to receive SR80,808 in total as cash dividends for the month of June

These were the details of the news TASI begins July in green following a dismal June: Opening bell for this day. We hope that we have succeeded by giving you the full details and information. To follow all our news, you can subscribe to the alerts system or to one of our different systems to provide you with all that is new.