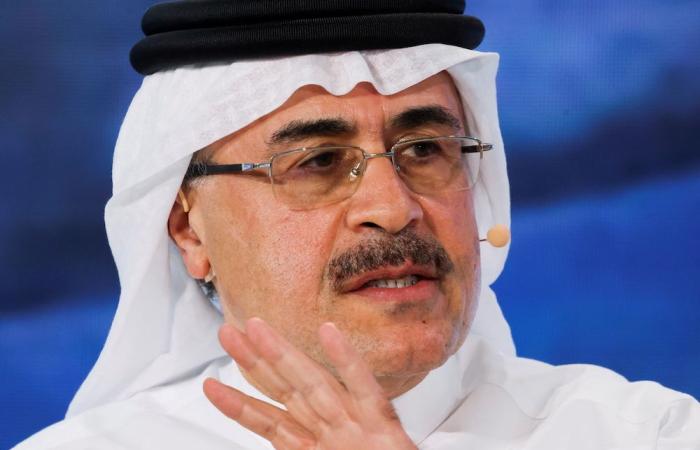 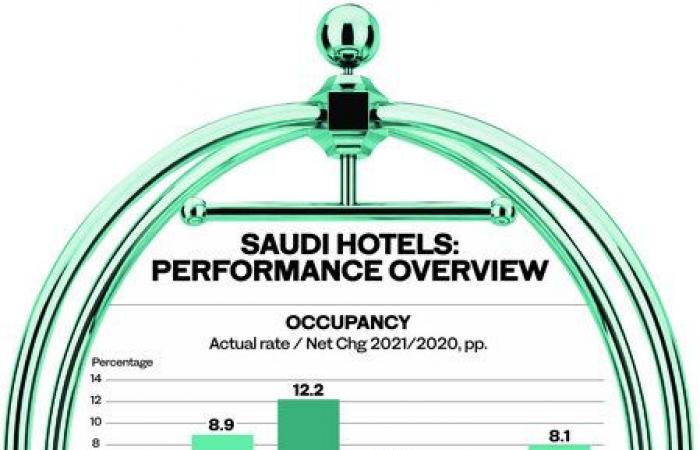 Jeddah - Yasmine El Tohamy - RIYADH: Of all the industries impacted by the pandemic, the hospitality sector was the worst hit in Saudi Arabia and the Gulf, as in all other territories.

In 2020, hotel occupancy rates declined to 49 percent in Riyadh from 60 percent in 2019. Likewise, Makkah witnessed a decline from 61 percent to 25 percent, and Jeddah from 58 percent to 37 percent, according to professional services firm Deloitte.

Furthermore, the pace of growth is set to gather steam as the Kingdom’s Vision 2030 reform program aims to attract 100 million annual visitors within eight years.

The reforms will also focus on T&T outside the traditional destinations of Hajj and Umrah and in line with national gigaprojects such as NEOM and The Red Sea Development Company.

“There is a palpable excitement about Saudi Arabia – not just locally, but globally,” said Philip Wooller, area director, Middle East & Africa at STR.

“Despite the challenges of the last two years, the acceleration of Saudi Arabia as both a leisure and business destination has been remarkable, and the ambitious plans laid out in Vision 2030 are on track.”

These remarks were echoed by Haitham Mattar, managing director of India, Middle East & Africa at UK-headquartered IHG Hotels & Resorts, the world’s third-largest hotel company, which has been active in the Kingdom since 1975. He expected the resurgence of Saudi Arabia’s T&T sector in the broader international context.

Too big to fail

“The global pandemic was a crisis that brought the industry to its knees for the first time,” Mattar told Arab News. “However, I always say the hospitality sector is too big to fail. We’ve gone through the 2008 financial crisis, foot and mouth disease, SARS and other global problems, and the industry always seems to bounce right back.

“Saudi Arabia’s hotel performance registered year-on-year gains in 2021, and the sector’s recovery is expected to persist throughout the coming year, with pent-up demand driving further improvements as COVID-19-related restrictions continue to ease.

“Our hotels are now enjoying higher occupancies of over 70 percent in most destinations from domestic and international customers.”

Mattar is an authority on Saudi Arabia’s hospitality sector. He was a senior advisor to the Kingdom’s Ministry of Tourism from 2019 to 2021, where he helped develop a national tourism strategy based on research into global markets, demographics, events, infrastructure, supply chains and identification of key tourism destinations.

Mattar credited the government of Saudi Arabia for helping the hospitality industry through the worst of times and bringing it back to its feet.

“The government supported the entire private sector, including the hotel industry, with subsidization of wages, reduced energy costs and flexible or deferred loan repayments, all of which helped our owners in their recovery plan.

“And today, the government of Saudi and the tourism ministry has been extremely active in bringing great events to the country, which generate demand both domestically and internationally. In addition, we’ve seen increased demand as the borders have started to open with the easing of restrictions.”

According to STR, over 30,000 hotel rooms are currently under construction in the Kingdom.

“Travelers today are seeking new destinations and new experiences, with sustainable tourism being high on their agenda,” Mattar said.

“And sustainability goes a long way. It’s not just about being environmentally friendly; it’s more about preserving wildlife, contributing to zero poverty, creating jobs, and protecting culture and heritage. That’s what travelers today want to associate themselves with.”

Mattar noted that the push for sustainable tourism is changing the very nature of hotel design in Saudi Arabia and worldwide.

“It’s critical to ensure that our hotels are designed with zero emissions, renewable energy and zero usage of single-use plastic.

“Also, consumers want to move away from large lobbies, conglomerates and queues at the reception. New designs will allow people access to their accommodation with minimal touchpoints with other people, for example, online check-ins and services.”

These technical advances are coordinated with the Kingdom’s wider harnessing of artificial intelligence and internet-connected smart devices as Vision 2030 drives it towards a more knowledge-based economy.

NEOM, The Line and TRSDC, all slated to be global tourist hubs, are implementing digital technology from the ground up, emphasizing sustainability.

“A hundred years from now, we will experience exactly the same natural treasures in the Red Sea,” said Najwah Hamzeh, senior smart destinations director at The Red Sea Development Co.

These initiatives will give the Kingdom an edge in the highly competitive global hospitality industry in the future. Still, according to Mattar, other attributes make it uniquely attractive to international travelers.

“Saudi Arabia has beautiful and diverse landscapes, from snow-topped mountains to green mountains to beautiful, lush valleys, great cultural experiences, a rich gastronomy, and preserved authenticity, with 7,000 years of history,” he said.

“There’s a great opportunity for the Kingdom to be a global player in the global tourism arena. The government is working with us, the operators, to ensure that they deliver to their plans.”

These were the details of the news Aramco CEO warns of global oil crunch due to lack of investment for this day. We hope that we have succeeded by giving you the full details and information. To follow all our news, you can subscribe to the alerts system or to one of our different systems to provide you with all that is new.