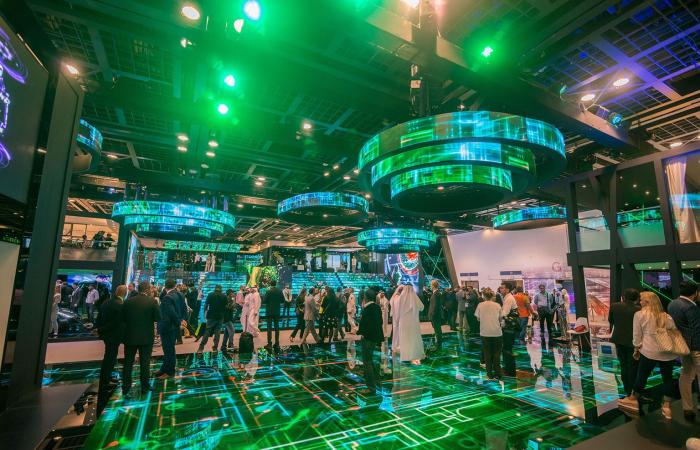 RIYADH: The eurozone recorded its first current account deficit in a decade in March while Australia reached its lowest unemployment since 1974 and Japan saw a rise in exports by 12.5 percent year-on-year.

The eurozone recorded its first current account deficit in a decade in March on a small trade deficit and an outflow of secondary incomes, or transfers between residents and non-residents, European Central Bank data showed on Thursday.

The bloc of 19 countries sharing the euro recorded a current account deficit of 1.57 billion euros after a surplus of 15.73 billion euros a month earlier, according to adjusted figures.

In the 12 months to March, the current account surplus totaled 1.8 percent of the bloc’s gross domestic product, down from 2.6 percent in the preceding 12 months.

Australia’s unemployment rate stood at its lowest in almost 50 years in April as firms took on more full-time workers, a tightening in the labor market that will ratchet up pressure for further hikes in interest rates.

Figures from the Australian Bureau of Statistics on Thursday showed the jobless rate held at 3.9 percent in April, from a downwardly revised 3.9 percent in March, matching market forecasts.

Employment missed forecast with a rise of just 4,000, though that reflected a large 92,400 gain in full-time jobs being offset by a 88,400 drop in part-time work.

The fall in unemployment will be welcomed by Prime Minister Scott Morrison who has made jobs the clarion cry of his election campaign ahead of what is expected to be a close vote on Saturday.

It also strongly suggests the Reserve Bank of Australia  will lift interest rates again in June as it scrambles to contain a flare up of inflation to two-decade highs.

The central bank’s hike to 0.35 percent this month was the first since 2011 and markets are odds on it will move to 0.60 percent at its June 7 policy meeting.

So strong is the inflation tide globally that investors are wagering rates will rise to at least 2.5 percent by the end of the year, even if that threatens to cripple the economy.

So far, the labor market has withstood the pressure with employment rising by 381,500 in the past 12 months. Underemployment also fell to its lowest since 2008 and this rate has a close correlation to wages over time.

The Philippine central bank raised interest rates for the first time since 2018 on Thursday, joining peers around world in a rush to stem intensifying inflationary pressures that could derail the country’s economic recovery.

The central bank also said the strong economic rebound and labor market conditions in the first quarter provide scope “to continue rolling back its pandemic-induced interventions,” signaling further tightening could be expected.

The economy may expand even faster in the second quarter than the better-than-expected 8.3 percent annual pace in January-March, Bangko Sentral ng Pilipinas Gov. Benjamin Diokno said.

China is expected to cut benchmark lending rates at its monthly fixing on Friday, a second reduction this year, a Reuters survey showed, as it seeks to prop up credit demand to cushion an economic slowdown due to COVID-19 disruptions.

The loan prime rate, which banks normally charges their best clients, is set on the 20th of each month, when 18 designated commercial banks submit their proposed rates to the People’s Bank of China.

Eighteen traders and analysts, or 64 percent of 28 participants, in the Reuters snap poll predicted a reduction in either the one-year LPR or the five-year tenor.

Among them, 12 respondents forecast a marginal cut of 5 basis points to both tenors.

The remaining 10 participants believe the LPR will remain unchanged for the fourth straight month, in line with a steady borrowing cost of the central bank’s medium-term lending facility (MLF) loans, which now serves as a guidance to the lending benchmark.

New Zealand’s government on Thursday promised to spend more than NZ$1 billion ($630 million) to help people cope with inflation that has reached three-decade highs in the Pacific nation.

The public deficit for the current financial year, ending on June 30, will be narrower than previously forecast but a return to surplus will take longer than expected, the government said in its annual budget announcement.

Heavy spending will be targeted toward defense, infrastructure, including new schools, and the country’s health system, which will see more funding for drugs and, again, infrastructure.

“As the pandemic subsides, other challenges both long-term and more immediate, have come to the fore. This Budget responds to those challenges,” Prime Minister Jacinda Ardern said in a statement.

“COVID-19, climate change and the war in Ukraine have taught us we need to build a more secure economy that protects New Zealand households from the external shocks we know are coming,” she added. Ardern was not at the release of the budget as she currently has COVID.

The Central Bank of Sri Lanka held its key lending and borrowing rates steady on Thursday following a massive 700 basis points increase at its previous meeting and reiterated the need for more fiscal measures and political stability in the economy.

The Standing Lending Facility rate remained unchanged at 14.50 percent while the Standing Deposit Facility Rate was steady at 13.50 percent.

“It is envisaged that the recent tightening of monetary conditions and the strengthening of monetary policy communication will help anchor inflation expectations of the public in the period ahead,” CBSL said in the statement.

Wages, though, are still lagging, at least by the official measure which showed annual growth ticked up only slightly in the first quarter to 2.4 percent, half the pace of inflation.

The rise compared with a 13.8 percent increase expected by economists in a Reuters poll. It followed a 14.7 percent rise in March.

The trade balance came to a deficit of 839.2 billion yen ($6.56 billion), against the median estimate for a 1.150 trillion yen shortfall.

“The RBA has returned to a more forward-looking approach for labor costs amid much higher inflation, shifting on leading indications from liaison and the anticipated feed through of the still-tightening labor market to wages outcomes,” said Taylor Nugent, an economist at NAB.

He sees the central bank hiking by a quarter point at each of the next three monthly meetings.

The Sultanate of Oman’s annual inflation dropped almost 0.92 percentage points in April to its lowest since September 2021, according to potentially revised data by the National Center for Statistics and Information.

The country’s annual Consumer Price Index in March stood at 3.59 percent compared to 2.67 percent in April 2022, showed the data.

Oman’s consumer price level reached 2.46 percent in September 2021 where it started to rise until it peaked at 4.35 in January 2022 and has since been on a gradual decline, according to data portal of the NCIS.

The largest factors contributing to the drop in Oman’s CPI were Transport and Tobacco which fell from 6.63 and 2.98 in March to 2.42 and -1.05 in April respectively.

However, there was a slight rise in the prices of fish and seafood, fruit, meat, bread and cereals and a few others.

These were the details of the news Futurist says ‘virtual economies are already worth $130bn' for this day. We hope that we have succeeded by giving you the full details and information. To follow all our news, you can subscribe to the alerts system or to one of our different systems to provide you with all that is new.