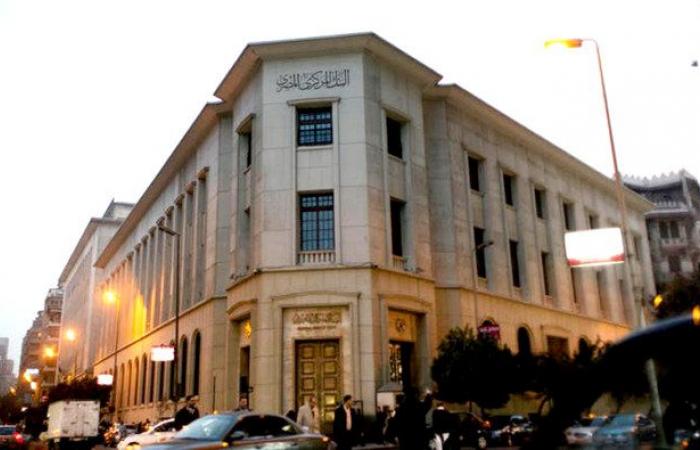 Thank you for reading the news about Egypt lowers its expected GDP growth to 4.5% and now with the details

RIYADH:  The Russian invasion of Ukraine and the resulting surge in energy and commodity prices will slash euro zone economic growth this year and next, while boosting inflation to record levels, the European Commission forecast on Monday.

The commission cut its growth forecast for the 19 countries sharing the euro to 2.7 percent this year from 4 percent predicted only in February, shortly before the war in Ukraine started. Growth will then slow to 2.3 percent next year, also below the 2.7 percent seen before.

The forecast is the first comprehensive estimate of the economic cost of the conflict in its neighbor for the euro zone and the wider 27-nation EU.

“The outlook for the EU economy before the outbreak of the war was for a prolonged and robust expansion. But Russia’s invasion of Ukraine has posed new challenges, just as the Union had recovered from the economic impacts of the pandemic,” the commission said in a statement.

“By exerting further upward pressures on commodity prices, causing renewed supply disruptions and increasing uncertainty, the war is exacerbating pre-existing headwinds to growth, which were previously expected to subside.”

The scenario of an abrupt cut-off by Russia of gas supplies would boost inflation by an additional 3 percentage points in 2022 and an extra 1 percentage point in 2023, the Commission said.

German manufacturers’ order backlog is at a record high, according to a survey released on Monday, as companies struggle against supply bottlenecks in meeting high demand.

Even without a single new order, production could continue for 4.5 months, the Munich-based ifo institute said in a statement, citing the results of a survey in which around 2,000 companies took part between April 7 and 22.

In the previous survey, in January, the figure had been 4.4 months, while the long-term average for an order backlog was 2.9 months, the institute said. The data is seasonally adjusted.

“This recent increase in backlog is only slight, which indicates that the intake of new orders is gradually decreasing,” Timo Wollmershauser, head of forecasts at ifo, said, adding that German manufacturing would “really take off” if the supply-chain issues were to ease in coming months.

China’s property sales in April fell at their fastest pace in around 16 years as COVID-19 lockdowns further cooled demand despite more policy easing steps aimed at reviving a key pillar of the world’s second-largest economy.

Property sales by value in April slumped 46.6 percent from a year earlier, the biggest drop since August 2006, and sharply widening from the 26.17 percent fall in March, according to Reuters calculations based on data from the National Bureau of Statistics released on Monday.

Property sales in January-April by value fell 29.5 percent year-on-year, compared with a 22.7 percent decline in the first three months.

A further cut in mortgage loan interest rates for some home buyers announced by Chinese authorities on Sunday did little to convince investors and analysts that it could revive sluggish property demand.

Japan’s wholesale prices in April jumped 10 percent from the same month a year earlier, data showed on Monday, rising at a record rate as the Ukraine crisis and a weak yen pushed up the cost of energy and raw materials.

The surge in the corporate goods price index, which measures the price companies charge each other for their goods and services, marked the fastest year-on-year rise in a single month since comparable data became available in 1981.

Unlike other central banks worried about surging inflation, the Bank of Japan (BOJ) has kept its ultra-easy monetary policy in place on the view that the cost-push rise in inflation is not bringing long-term price expectations to its 2 percent target.

“Companies have been trying to absorb the rising costs by corporate efforts, but from last year onwards that has become harder for them to endure,” said Takeshi Minami, chief economist at Norinchukin Research Institute.

“They will be left no choice but to pass on those extra cost.”

Japanese firms have been slow in passing on rising cost to households as soft wage growth does little to help consumer sentiment and makes them cautious about scaring off consumers with price hikes.

The yen-based import price index jumped 44.6 percent in April from a year earlier, Monday’s data showed, a sign the yen’s recent declines are inflating the cost of imports for Japanese firms.

The BoJ last month projected core consumer inflation to hit 1.9 percent in the current fiscal year that started last month before moderating to 1.1 percent in fiscal 2023 and 2024 — a sign it sees current cost-push price rises as transitory.

But analysts expect consumer inflation to hover around 2 percent in the coming months as the high raw material costs force more firms to hike prices, posing a risk to Japan’s fragile economic recovery.

“Everything ultimately depends on whether consumers accept price hikes,” said Minami. “While they’re likely to be okay with it to some extent, they won’t fully accept it, leading to a spending decline.”

These were the details of the news Egypt lowers its expected GDP growth to 4.5% for this day. We hope that we have succeeded by giving you the full details and information. To follow all our news, you can subscribe to the alerts system or to one of our different systems to provide you with all that is new.