The next best in the Dubai Financial Market 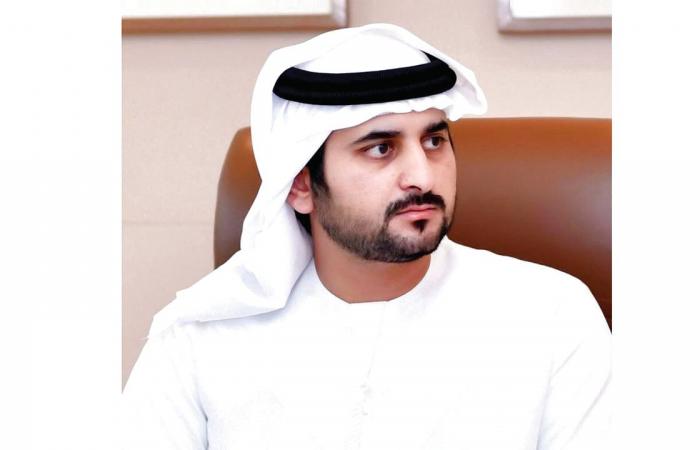 His Highness Sheikh Maktoum bin Mohammed bin Rashid Al Maktoum, Deputy Ruler of Dubai, Deputy Prime Minister and Minister of Finance, praised the results of the Dubai Financial Market Company for its performance during the past year, following the development that began in late 2021, describing the rise of the general index of the market as The highest annual rise in eight years.

His Highness wrote through his official account on Twitter yesterday: “The Dubai Financial Market Company announced today the results of 2021.. Since we began in the fourth quarter to develop our financial market, the profits of the fourth quarter have increased by 269% over the previous year.. The general index recorded the highest annual rise since 2013 by a percentage 28%..the total number of investors rose to reach 852,000 investors..and the future is better, God willing.”

The Dubai Financial Market Company has succeeded in reducing its total expenses by 4%, equivalent to 8.5 million dirhams during 2021, to 190.8 million dirhams, compared to 199.3 million dirhams in 2020, which reflects the success of efforts aimed at raising spending efficiency.

The company’s board of directors discussed, during its meeting the day before yesterday, the 2021 financial statements, and approved them, in preparation for presenting them to the annual ordinary general assembly that will be held after the approval of the Securities and Commodities Authority. While the Board recommended the distribution of cash dividends to shareholders of 3% of the capital, equivalent to 240 million dirhams.

Commenting on the most prominent business developments and achievements made by the market last year, Hilal Al Marri, Chairman of the Board of Directors, said: “2021 marks a new start for the Dubai Financial Market, which has a path full of success, and there is no doubt that our confidence in the future prospects of the market and its ability to achieve sustainable growth is beyond limits. Limits in light of the great support of the wise leadership and the various initiatives announced in the past few months by the Supreme Committee for the Development of Financial Markets in Dubai.

Moreover, this confidence is also derived from the strong foundations of the market, as the latter possesses a world-class infrastructure and organizational structure, institutional excellence and high competitive capabilities that collectively qualify it to enhance and sustain its growth and its outstanding contribution to the consolidation of Dubai’s position as a global center for capital markets.”

The market ended last year strongly, as the total value of trading during the last quarter recorded 126%, an increase to 33.6 billion dirhams, which represents 46.5% of the total trading value in 2021, which is attributed to the steady improvement in the performance of the national economy, and the encouraging numbers in many major economic sectors , such as: tourism and real estate, in addition to the performance of listed companies, all of which are supportive of market performance, crowned by the striking positive repercussions of the announcement of the strategic plan for the development of financial markets in Dubai.

While foreign investors maintained their large presence in the Dubai Financial Market in 2021, they acquired 45.8% of the trading value at 1.9 billion dirhams (purchase proceeds), and their ownership recorded 22.5% of the total market value of the shares listed on the market. The share of institutional investment from trading amounted to 45.8%, with a net investment of 656 million dirhams (purchase proceeds).

While the market attracted 7,342 new investors, including 677 investment institutions, bringing the total number of investors registered in the Dubai Financial Market by the end of 2021 to 852,212 investors belonging to 209 nationalities. Foreigners constituted 63% of the new investors (4626 investors).

These were the details of the news The next best in the Dubai Financial Market for this day. We hope that we have succeeded by giving you the full details and information. To follow all our news, you can subscribe to the alerts system or to one of our different systems to provide you with all that is new.