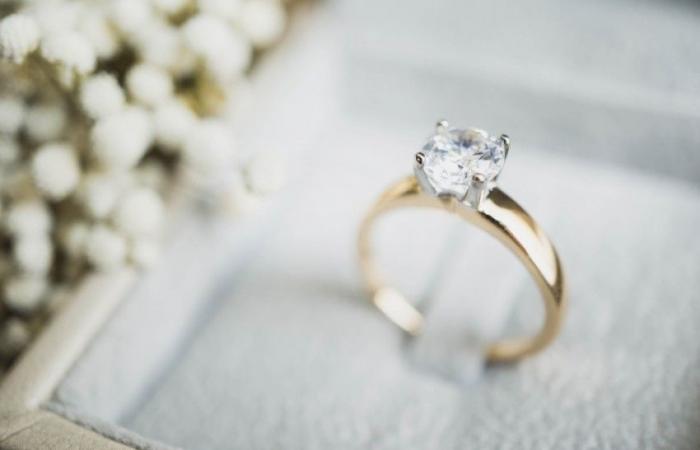 The surge in diamond demand that kicked off early COVID-19 shutdowns shows no sign of abating, even the cheapest and tiniest stones benefiting from the recent wave of gains.

This comes after the past three months witnessed a sharp reversal in the small and cheap diamond market, which was awash with supply and very low profit margins, according to a Bloomberg report.
Demand has soared among US consumers, who buy about half of the world’s diamond jewelry, at the same time that the closure of one of the world’s largest mines has put pressure on supply.

Low cost diamonds have been tough business over the past decade, and there has been an oversupply of cheaper stones, which tend to be small and defective, so meager demand growth has led to lower prices and poor profit margins.

Signet Corp., the world’s largest diamond jewelry maker, raised its revenue forecast for the sixth time since April, after hitting a record sales during the holiday season.

Meanwhile, the Russian company “Alrosa”, which competes with “De Beers” as the largest owner of diamond mines, announced its highest annual sales ever.

With demand rising, De Beers responded this week by raising the price of rough diamonds by 10%, one of the sharpest price hikes in years. The biggest increases were in cheaper stones that can sell for less than $200 in stores, with prices for some categories up 20%.

Anish Agrawal, partner at Gemdax, a diamond consultancy, said: “This category of jewelry has suffered a lot, and what we are seeing now is the biggest rise in at least a decade.”

The rally by De Beers follows previous sharp increases in cheap goods in November. In the secondary market, certified De Beers and Alrosa buyers sell to other gem manufacturers, while boxes of some cheap diamonds have been swapped out for premiums of up to 50%, a level almost never seen before.

And the diamond industry was one of the surprise winners, with the global economy recovering from the first effects of the “Covid-19” epidemic.

And US consumers supported the recovery in demand, which rose more than 30% compared to last year during the New Year holidays. Meanwhile, supply came under pressure after Rio Tinto closed its giant Argyle mine, which produced some of the world’s cheapest stones, while other mines such as the De Beers Phenicia project scaled back operations.

Although the high prices of cheap and small stones are a good indicator for diamond mining companies, it does not significantly affect their operations, as the top 20% represents about 80% of profits.

These were the details of the news Demand for cheap diamonds continues to rise strongly for this day. We hope that we have succeeded by giving you the full details and information. To follow all our news, you can subscribe to the alerts system or to one of our different systems to provide you with all that is new.