The digital yuan attracts a fifth of China’s population 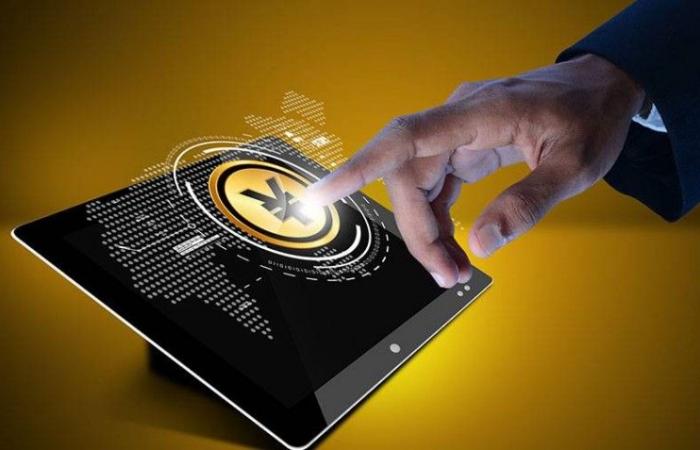 There are 261 million individual users who have created digital yuan wallets so far, nearly a fifth of the population, Zhou Lan, head of financial markets at the People’s Bank of China, said at a press event Tuesday.He noted that transactions worth 87.5 billion yuan ($13.78 billion) were made using the digital currency, TechCrunch reported.

Over the past two years, China has experimented with the use of the digital yuan in a number of major cities, and at the beginning of 2022 the central bank made the digital yuan wallet available in iOS and Android stores in China.

So far, China has conducted a number of experiments across the country in the form of a lottery where users in certain cities are given a small amount of digital currency to spend. And some retailers, such as e-commerce company JD.com, accepted it as an electronic payment currency last year.

The digital yuan is by no means a manifestation of the cryptocurrency that is banned in China. The People’s Bank of China (PBOC) considered Bitcoin and the like to be highly volatile, speculative and lacking intrinsic value, and indicated that cryptocurrencies can be a tool for money laundering.

The digital yuan differs from cryptocurrencies such as Bitcoin, as it is subject to the control of the central bank, and is expected to face strong competition when it is launched with the dominant digital payment applications in China, “Ali Pay” of the “Ant Group” and “WeChat” developed by Tencent. ».

In fact, the digital yuan is a digital version of China’s official currency, the yuan, and the authorities have worked to launch it since 2014.

In early January, the Chinese central bank launched a beta version of the e-wallet application for the digital yuan, in an effort to expand its use to include more citizens, with the start of the Beijing Winter Olympics approaching.

The application allows citizens to open a digital yuan wallet and spend the new digital currency of the Central Bank by allowing it to be downloaded to the “Android” and “Apple” application stores.

The new app allows users in 10 regions, including major cities Shanghai and Beijing, to use it. Previously, only selected users could use the app on an invitation basis. But now everyone can download the app, which highlights how China is trying to get more people to use the digital currency.

With the start of the Beijing Winter Olympics approaching, the central bank is seeking to urge citizens to use the digital yuan during this important event, as the application has indicated that it can be used within the regions of the Games.

These were the details of the news The digital yuan attracts a fifth of China’s population for this day. We hope that we have succeeded by giving you the full details and information. To follow all our news, you can subscribe to the alerts system or to one of our different systems to provide you with all that is new.