The company will be listed on NASDAQ during the first week... 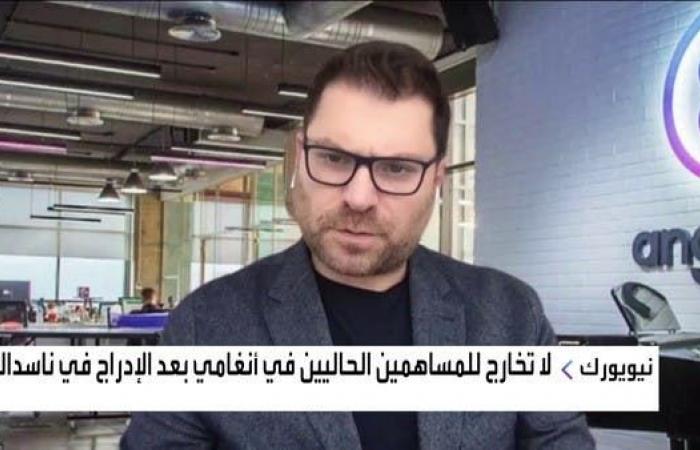 Eddie Maroun, CEO of Anghami Digital Distribution, said in an interview with Al Arabiya today, Tuesday, that in the first week of February next, Anghami will be the first Arab company to be listed on the Nasdaq Stock Exchange.

He added that a miscalculation of the time required for the completion of the listing and merger procedures Anghami Company with the blank check company Vistas Media Listed on the Nasdaq Stock Exchange, is the reason for the change in the date from the previously specified time for listing.

Eddy Maroun explained that the company has now completed all the necessary procedures and approvals for listing.

The Nasdaq Stock Exchange is awaiting the entry of the first Arab technology company on its global trading platform, as it is expected that the merger procedures between Anghami and Vistas Media Acquisition will be completed on January 25, 2022, so that the name of Anghami will become the new trading name of Vistas Media Acquisition, which is currently listed on the Nasdaq Stock Exchange under the name . VMAC

He pointed to the entry of large investors into private investment, including Shuaa and Franklin Templeton, pointing out that the current shareholders of Anghami will have the largest stake in “Anghami” after the merger, and they will remain in the company to see the expected growth in performance and share price.

Shuaa Capital had commitments from investors to invest about $30 million in “Anghami” as part of PIPE deals, which refer to private investments made in the Spac range at a price lower than its market share price.

In a related context, the CEO of “Anghami” for digital distribution said that “Anghami” is a digital music platform, and its future plan is to be digital that integrates the real world, because the merger between the digital and real worlds will have returns and growth.

He referred to Anghami’s partnership with Sony Music, the second largest music library in the world, for weeks to launch artists from the region to the world, with its future focus on increasing production.

These were the details of the news The company will be listed on NASDAQ during the first week... for this day. We hope that we have succeeded by giving you the full details and information. To follow all our news, you can subscribe to the alerts system or to one of our different systems to provide you with all that is new.