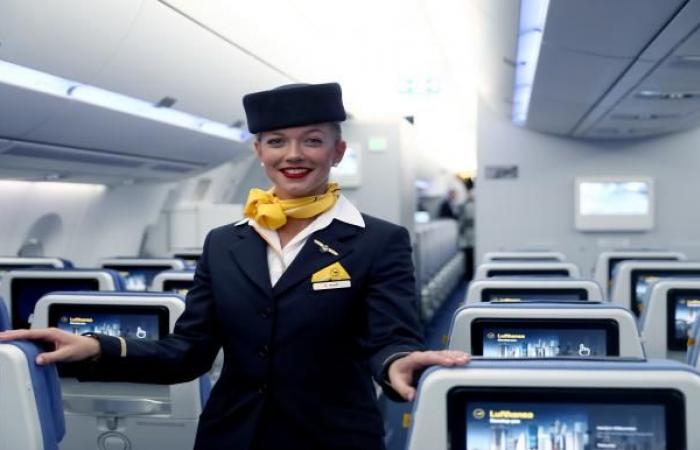 One of the most important measures of the fuel market, the difference to diesel, rose to its highest level since last September 2019, that is, months before the emergence of the Corona virus at the beginning of 2020, which devastated aviation services on the continent and other regions of the world.

And the US agency Bloomberg quoted Mark Williams, analyst of European oil products and refining markets at the consulting firm “Wood Mackenzie”, as saying: “We have a short supply everywhere .. Everyone expected that demand would be affected by Omicron, but it did not happen, so it remained The demand for aircraft is in good condition.”

Although flights are still lower than 2019 levels, data from the “Flight Radar 24” index, which tracks commercial flights, indicates that it has not been affected much by the Omicron strain, as it is slightly lower than it was last November. .

The rise in jet fuel prices comes despite China reducing flights to combat the outbreak of the epidemic, and Hong Kong recently banning flights from eight countries, including the United States of America.

Demand for jet fuel is expected to rise by about 45% from late January to early July, according to Bloomberg, with particularly strong growth in North America and Western Europe.

Crude oil prices have continued their strong rise since the beginning of this year 2022, as the American investment bank “JP Morgan”, in a recent report, expected crude prices to rise to $125 this year.

A few days ago, Bloomberg quoted Vandana Hari, founder of Vanda Insights in Singapore, as saying: “Oil prices have outpaced the recent wave of Corona’s spread,” noting that “escalating geopolitical threats to supplies support sentiment in the direction of further price hikes.”

And the International Energy Agency reported, last week, that global demand has become stronger than expected, while the actual market is booming.

Such a movement in prices would cause a negative impact for countries that desperately need fuel, and would also be a major blow to US President Joe Biden, who spent a lot of time and effort in lowering prices and coordinating global efforts to unlock strategic oil reserves.

With regard to oil demand, the “OPEC” and its allies among the major producers, led by Russia, within what is known as the “OPEC +” group, indicated that they are confident that Omicron will not impede the recovery, and they will continue their strategy to gradually restore production, which stopped during the pandemic.

These were the details of the news Jet fuel prices soar as travel resists ‘Omicron’ fallout for this day. We hope that we have succeeded by giving you the full details and information. To follow all our news, you can subscribe to the alerts system or to one of our different systems to provide you with all that is new.