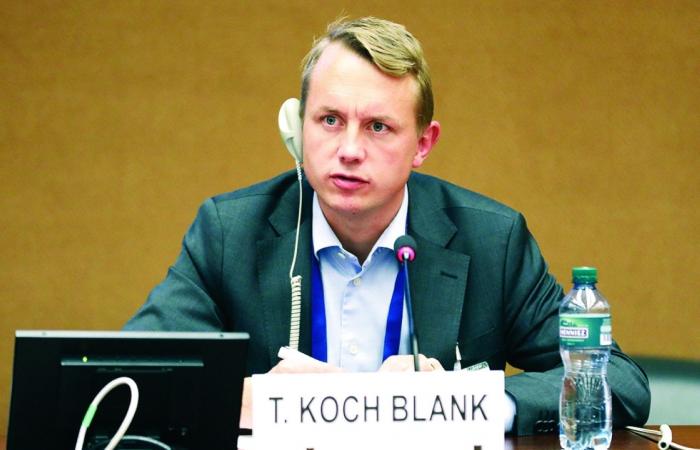 Thanks to the support of direct and indirect policy priorities, hydrogen markets have already gained some momentum and reached a point of no return, so they are quickly beginning to bring a cleaner industry and a carbon-neutral economy within reach.

While we already have advanced technologies that can replace fossil fuels in many parts of the economy, there are areas where it will be very difficult to decarbonize. Steel, navigation, aviation, and trucking, for example, together account for 40% of the global carbon footprint, and are on track to consume twice the remaining carbon budget in order to stay below 1.5°C of warming.

One promising thing for these sectors is the presence of “green” hydrogen – H2, which is produced through electrolysis using renewable energy. Through various applications, this small molecule can provide heat, reducing properties, fuel and other services needed to replace fossil fuels.

The use of hydrogen can achieve goals other than decarbonization. For example, hydrogen’s ability to replace natural gas in many applications allows for a degree of energy independence, reducing dependence on LNG or importing via pipelines from Russia, and while renewable energy Like solar and wind energy is limited to the scope of electrical grids, hydrogen can be transported via pipeline or ship.

Hydrogen production, storage and transportation, as vital to achieving net-zero emissions targets by 2050, represents a trillion-dollar opportunity, and this includes not only current energy operators, but investors as well.

Green hydrogen is attractive to developing countries, as there is a geographical overlap between countries and regions that have the lowest cost of production of renewable energy with those that have a lower per capita GDP, and so these countries can have a global competitive advantage after they become producers and exporters of hydrogen.

Hydrogen is also attractive to the rich industrial nations that lead the world in manufacturing hydrogen-related electrolyzers.

Much work remains before hydrogen can achieve its full decarbonizing potential. As it stands, green hydrogen represents a small portion of current hydrogen production. Instead, most hydrogen is “gray” because it is made using fossil fuels.

There is undoubtedly a threshold for green hydrogen to become the least expensive source of hydrogen. Notably, the US Department of Energy recently announced that the goal of lowering the cost of “clean hydrogen” to $1 per kilogram is nearly impossible to achieve from hydrogen produced through a process at sustainable price levels for natural gas, meaning that US policy is consistent with green hydrogen.

The use of hydrogen to decarbonize heavy industry requires large amounts of electricity, bearing in mind that the production of the necessary volume of hydrogen leads to a doubling of the total global electricity generation.

The transition to hydrogen is speeding up the obsolescence of many fossil-fuel-based assets, and in order for these large amounts of stranded assets not to produce negative side effects we will need to repurpose them.

Hydrogen brings huge opportunities, and also represents a major challenge for expansion. Globally, the industry currently has the capacity to produce only about one gigawatt of hydrogen electrolyzer per year, while according to the International Energy Agency’s analysis of what the 1.5°C path would require, producing green hydrogen would need To grow by a thousand times from today until 2030.

These were the details of the news Green Hydrogen Promise for this day. We hope that we have succeeded by giving you the full details and information. To follow all our news, you can subscribe to the alerts system or to one of our different systems to provide you with all that is new.