Gold consolidates against expectations of an increase in US interest rates 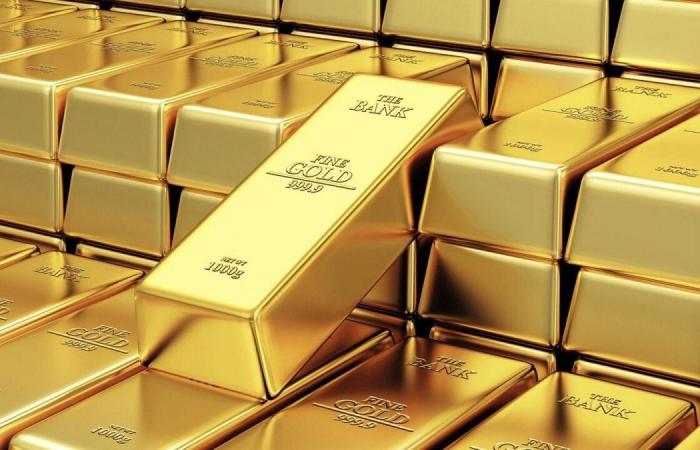 Gold prices rose on Monday, but expectations of tighter monetary policy in the United States limited the precious metal’s gains.

“The monetary tightening could have a negative impact on gold,” said Xiao Fu, head of commodity markets strategy at Bank of China International.

“But despite that, gold is holding up very well,” he added. I think the main reason is that the balance sheet of the Federal Reserve is still at high levels.”

While gold is considered a hedge against inflation, it is vulnerable to higher interest rates, which may increase the opportunity cost of holding the non-yielding yellow metal.

On Friday, gold prices recorded the largest weekly increase since November, supported by the decline in the dollar and the yield on US Treasuries.

Prior to that, traders were awaiting more economic data to clarify the time frame for tapering the US central bank’s bond-buying program.

Gold prices fell somewhat, on Thursday, with the rise in US Treasury yields, which offset some of its previous losses.

But the precious metal remained close, on Thursday, from its highest level in a week, which was recorded in the previous session, as the dollar continued its decline.

And last Wednesday, data showed that US consumer prices rose in December, and the annual increase in the inflation rate reached its highest level in nearly four decades, which reinforced expectations that the Federal Reserve will raise interest rates as early as this year, possibly in March. .

These were the details of the news Gold consolidates against expectations of an increase in US interest rates for this day. We hope that we have succeeded by giving you the full details and information. To follow all our news, you can subscribe to the alerts system or to one of our different systems to provide you with all that is new.