These goods have disappeared from America due to a severe winter... 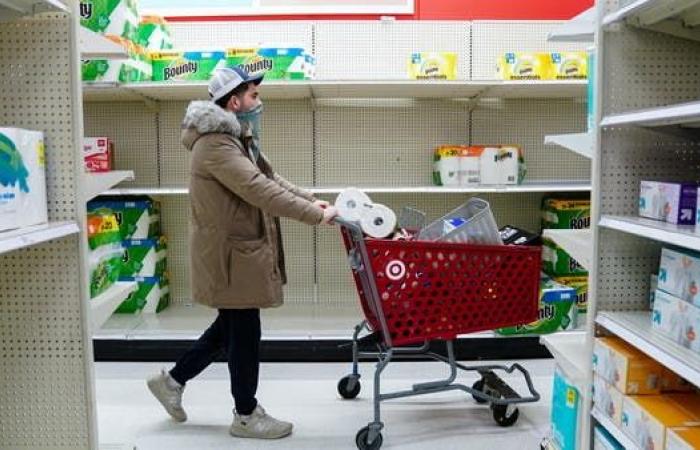 A massive winter storm could keep shops empty for a long time. Over the past period, stores and shops were already struggling to keep their shelves full due to supply chain delays and Omicron inconveniencing workers. Right now, markets across the USA are bracing for a major winter storm that could keep store shelves empty for much longer.

A major winter storm is heading towards the Midwest, South and East Coast over the long weekend, preparing to deliver another blow to vendors and retailers struggling to maintain adequate supplies of daily necessities such as milk, juice, produce, soup and meat, a recent report revealed.

Unfortunately, these winter storms will add delays to an already strained supply chain, he explained. “I think shoppers will see that stores are out of stock for some groceries,” he added.

At the same time, the timing of storms couldn’t be worse for supermarkets. Over the past days, consumers across the country have unleashed their frustration on social media, posting photos on Twitter of the bare shelves of some of America’s largest supermarkets.

A few days ago, a photo was circulated on social media indicating that one of the largest stores in Maryland was empty of products and merchandise, especially other products and foodstuffs.

One commenter wrote on Twitter: “I was so surprised that I approached an employee to ask if the store would be closing permanently.. and I was told that grocery supplies were low because the delivery truck was delayed due to a weather storm that moved in the East Coast this weekend. In the past… there was not a single egg in the store, no fresh fruit, no garlic… the daily staples were basically few.”

She continued: “Last Thursday I went to the Giant Food store and there was no ground chicken and the dairy products were almost gone.

These were the details of the news These goods have disappeared from America due to a severe winter... for this day. We hope that we have succeeded by giving you the full details and information. To follow all our news, you can subscribe to the alerts system or to one of our different systems to provide you with all that is new.