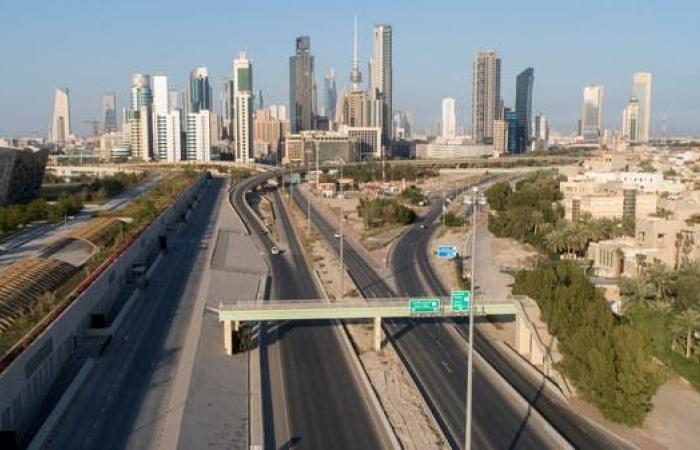 Kuwaiti Ministry of Finance data showed today, Monday, that the general budget recorded a deficit of 682.4 million dinars (2.26 billion dinars). dollar) in the nine months to the end of December.

The data published by the ministry on its website showed that oil revenues amounted to 11.5 billion dinars (38.1 billion dollar) during the same period.

These figures show that the country’s budget has received a significant boost from the high oil prices in recent months.

The budget proposed by the government last January expects revenues of 10.9 billion dinars and expenditures of 23.05 billion dinars for the fiscal year that began on the first of April, and a deficit of 12.1 billion dinars.

The draft budget was prepared on the basis of an average price of $45 per barrel of oil and a production rate of 2.4 million barrels per day, while the breakeven between expenditures and revenues requires a price of $90 per barrel.

The price of a barrel of oil Kuwaiti 86.56 dollar Friday, according to data from the Kuwait Petroleum Corporation.

These were the details of the news Kuwait’s budget deficit of $2.2 billion in 9 months for this day. We hope that we have succeeded by giving you the full details and information. To follow all our news, you can subscribe to the alerts system or to one of our different systems to provide you with all that is new.