Only 1% of Bitcoin owners control it 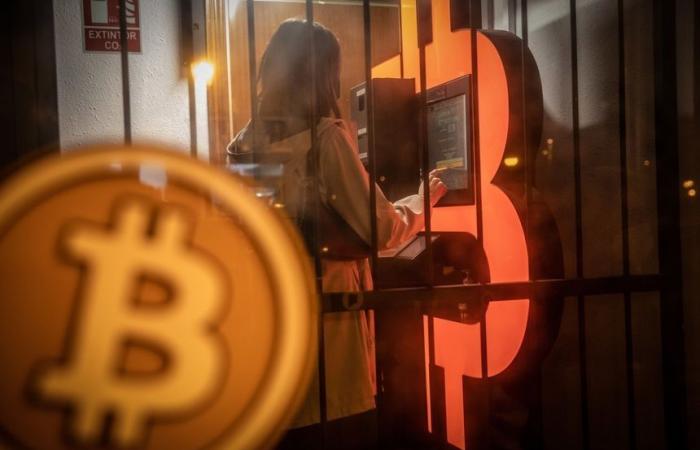 A study by the National Bureau of Economic Research in the United States, and published by the “Wall Street Journal”, showed that only 1% of the owners of the “Bitcoin” currency own the largest share of the wealth of that currency and control it.

The study indicated that the top 10,000 bitcoin accounts own 5 million bitcoins, which is equivalent to approximately $232 billion.

She explained that with an estimated 114 million people globally who own the cryptocurrency, approximately 0.01% of Bitcoin holders control 27% of the 19 million Bitcoins in circulation.

The study warns of the repercussions of this centralization, as it makes the entire Bitcoin network more vulnerable to systemic risk, and most of the gains from higher prices and increased adoption go to a disproportionately small group of investors.

The study said that “despite the existence of the currency (Bitcoin) 14 years ago and the hype that accompanied it, it still represents a highly concentrated ecosystem.”

Bitcoin was unveiled in 2008 as an open source software project that aims to be an electronic form of physical cash without censorship, but in practice, Bitcoin has become very centralized, as most people who trade in it do so through exchanges, especially And that mining costs have become so high that only a small group of enterprise-level companies can afford it.

The newspaper said that the wealth of “Bitcoin” miners and currency exchanges has risen over the past two years, as the price of “Bitcoin” jumped from $5,000 in March 2020 to $68,990 last month.

The number of people holding bitcoin has more than doubled, and they are now a number of well-known investors, hedge fund manager Paul Tudor Jones, entrepreneurs Elon Musk and Mark Cuban, and celebrities such as actress Maisie Williams.

The researchers said that 90% of “Bitcoin” transactions are derived from two activities that have no actual economic function. on his identity, a common tactic for those looking for anonymity.

These were the details of the news Only 1% of Bitcoin owners control it for this day. We hope that we have succeeded by giving you the full details and information. To follow all our news, you can subscribe to the alerts system or to one of our different systems to provide you with all that is new.