UAE stocks attract 1.35 billion dirhams in the first sessions of... 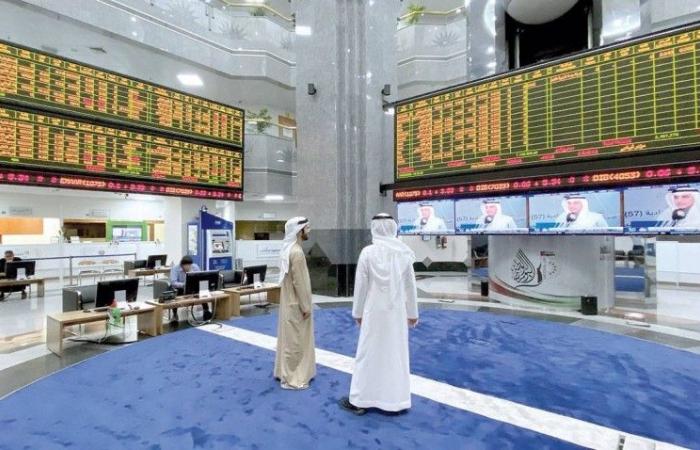 The performance of the UAE stock markets varied in the first session of the week, Sunday, which is the last Sunday session in the history of the local markets, after the decision to amend the trading days to start from Monday until Friday of each week, starting from the beginning of 2022. The Dubai market continued to rise for the second consecutive session against Abu Dhabi market decline.

Junaid Ansari, Head of Investment Research and Strategies Department at Kamco Invest, expected that the decision to adjust trading days would attract more foreign investors, increase liquidity and trading volumes, in addition to encouraging international companies to list in local markets, as well as increasing global competitiveness.
He stressed that adjusting the trading times in the UAE financial markets will bring them closer to the global financial markets and increase their competitiveness.

Ansari expected that the decision will affect trading volumes and attract more foreign investors and foreign institutions to the UAE financial markets, after adjusting the trading days.

Today, local shares have attracted a liquidity of 1.32 billion dirhams, concentrated in the Abu Dhabi market.

The value of trading in the Abu Dhabi market reached 1.17 billion dirhams, while the trading volume amounted to 172.9 million shares.

While Alfa Abu Dhabi rose by 0.32%, and International Holding settled at the level of 152.2 dirhams.

The Dubai Financial Market index rose at the end of Sunday’s session by 0.45% at the level of 3158 points, supported by the rises of major stocks, especially from real estate and investment.

The rise was dominated by real estate shares, as Union Properties rose 4.79%, and Deyaar Development rose 7.45%, while Emaar Properties settled at the level of 4.76 dirhams.

The value of trading on the Dubai Financial Market during today’s trading amounted to 182.21 million dirhams, with a trading volume of 189.73 million shares, through 3.4 thousand transactions.

Amlak Shares topped the list with an increase of 14.91%, while the National Insurance Company topped the shares that fell by 9.6%.

These were the details of the news UAE stocks attract 1.35 billion dirhams in the first sessions of... for this day. We hope that we have succeeded by giving you the full details and information. To follow all our news, you can subscribe to the alerts system or to one of our different systems to provide you with all that is new.