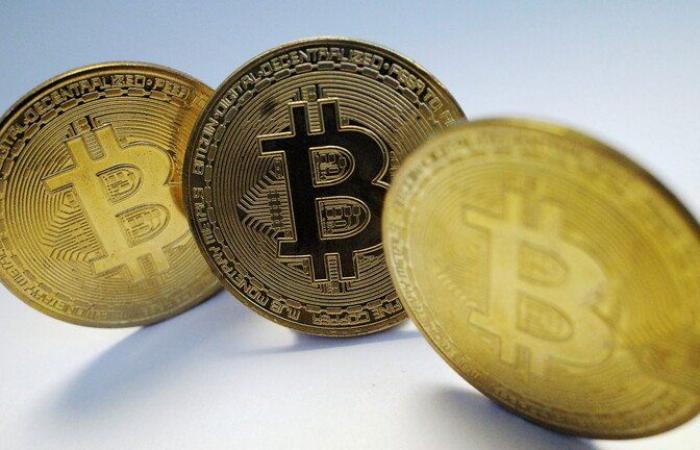 US financial reports said that “Bitcoin”, the largest and oldest cryptocurrency in the world, jumped above $50,000 on Thursday, for the first time in more than ten days.

CoinDesk indicated in a report that “Bitcoin” reached its highest level since the 13th of this month, amid jumps in major US stocks as a result of improving consumer sentiment in the United States this month.

The site pointed out that despite exceeding the $50,000 barrier, the trading volume on “Bitcoin” was slightly higher than the previous day, adding that the rise of “Bitcoin” led to the rise of the rest of the major cryptocurrencies, including “Ethereum”, which exceeded 4100 Thursday, an increase of about 3% from the previous day.

The report said: “Bitcoin and the rest of the major cryptocurrencies are characterized by their continuous fluctuations depending on market factors and the tweets of major investors… Now there are reports that the price of Bitcoin may double in the coming months, and this is a reminder of how volatile the cryptocurrency markets can be.”

According to the American “CoinMarket” website, which monitors the movement of cryptocurrencies in the world, the rise of “Bitcoin” and the rest of the major cryptocurrencies, led to an increase in the market value of these currencies by about 5.5% to nearly 2.39 trillion dollars on Thursday evening.

The “Ethereum” coin came in second place, with a market value of about 487.7 billion dollars on Thursday evening, an increase of 4.3% over the previous day.

The CoinMarket report showed that the third largest cryptocurrency is Banyans Coin, which had a market value of about $91.4 billion on Thursday, an increase of 3.9%, while the market value of Tether was about $77.7 billion.

These were the details of the news Bitcoin jumps above 50 thousand dollars! for this day. We hope that we have succeeded by giving you the full details and information. To follow all our news, you can subscribe to the alerts system or to one of our different systems to provide you with all that is new.

PREV Oil falls 2% as US refiners ramp up output
NEXT Sustainable beauty: Capturing a rising demand for conscious living