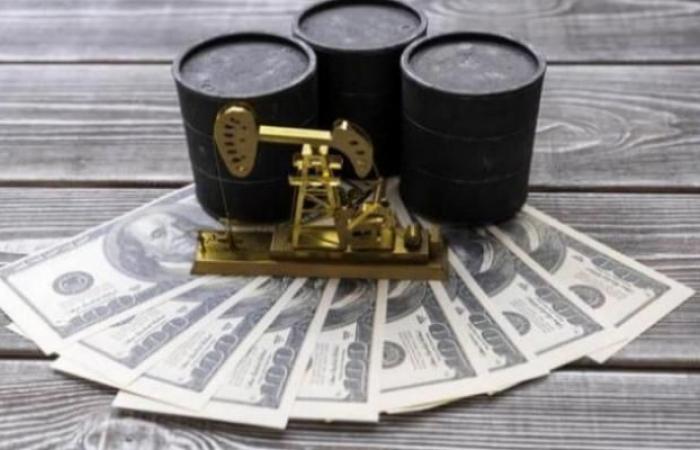 Global markets overcame the Omicron shock as fears receded, leaving everyone in the green ahead of the Christmas holidays.

Wall Street’s main indexes rose sharply for the third consecutive session Thursday, after upbeat developments about a reduction in the economic damage to the Omicron from the coronavirus lifted investor sentiment ahead of the Christmas holidays.

The gains were broad, with the manufacturing and luxury consumer goods sectors among the top performers.

The Standard & Poor’s 500 gained for three days in a row, after falling in the previous three sessions.

Trading volumes were expected to be lower than normal ahead of the Christmas and New Year holidays. The stock market will be closed on Friday for the Christmas holiday.

European at the top of a month

And European shares recorded, at the end of Thursday’s session, their highest levels in a month, driven by gains in bank shares.

And indications that the effect of the mutated “Omicron”, from the Corona virus may be less serious than expected, caused an improvement in risk appetite, which pushed the eurozone bond yields and the US Treasury to rise.

The European “Stoxx 600” index rose by 1%, to achieve gains for the third consecutive session, supported by the rise in shares of banks and travel companies, to track the impact of the rise in global stocks, which is also supported by strong economic data from the United States, according to Reuters.

Shares of Swiss company Holcim, the building materials maker, rose 1.9%, after it said it would buy Malarkey for roofing products for $1.35 billion with the aim of expanding in the growing residential roofing market in the United States.

Shares of Continental rose 2.5 percent after its chief executive told a magazine that the German tire maker could reach the upper end of its profit margin forecast in 2021 as car production rises in the fourth quarter.

Gold prices rose on Thursday, surpassing the key $1800 level in limited trading ahead of the year-end holiday, as risk appetite improved as fears receded over the repercussions of the mutated Omicron strain of the Corona virus.

“This is just a small hiccup on a limited day before Christmas,” said Daniel Pavilonis, chief expert at RGO Futures.

He added that the coming year will be good for gold, especially with inflationary pressures likely to continue.

Oil prices rose in a session that witnessed limited trading on Thursday, supported by indications that the worst repercussions of the Omicron could be contained, even as countries imposed travel restrictions due to high infection rates.

The oil market has witnessed fluctuations in recent days amid questions about the seriousness of the risk of another stagnation in demand for fuel. The Omicron strain spreads faster than previous strains, but preliminary data indicates that it causes milder symptoms.

Brent crude futures, the international standard, rose $1.56, or 2.1 percent, to settle at $76.85 a barrel, the highest level at the close since November 26, an increase of 4.5 percent during the week.

Trading volume was limited Thursday, with only 244,000 contracts being traded for the next month, according to Refinitiv Eikon data, compared to a daily average of 381,000 contracts over the past 200 days.

According to data from Baker Hughes Energy Services, the number of oil and natural gas rigs operating in the United States rose last week to its highest level since April 2020. The total number of rigs now stands at 586, which predicts an increase in production in the coming months.

“The direction of oil prices is completely dependent on news related to Omicron, and as long as the mutant remains more contagious, and less virulent, the higher oil prices are likely to continue,” said Jeffrey Haley, senior market analyst at Onda.

Wednesday’s big gains were partly driven by a larger-than-expected fall in US crude stocks last week.

And the United States granted approval for anti-Covid-19 tablets, starting at the age of 12, in the first local treatment for the disease to be taken orally, as well as a new tool to combat the rapidly spreading “Omicron” mutant.

At the same time, AstraZeneca stated that 3 doses of its anti-Covid-19 vaccine are effective against “Omicron”, citing data from a laboratory study conducted by Oxford University.

On the other hand, governments around the world have re-imposed a set of restrictions to limit the spread of Omicron.

The “OPEC +” group, consisting of the Organization of the Petroleum Exporting Countries (OPEC), Russia and allies, left the door open to reconsidering its plan to add 400,000 barrels per day to supplies next January.

The dollar rose against a basket of currencies, in Thursday’s trading, but its gains were limited, after the easing of fears of the repercussions of the “Omicron” from the Corona virus boosted high-risk currencies such as the Australian dollar and the British pound.

Ahead of the holiday season and the start of a long weekend in the US, most of the major peers cling to tight ranges.

The dollar index, which measures the performance of the US currency against a basket of six major currencies, rose 0.07% to 96.174.

The index is still close to its highest level in 16 months, which was recorded late last month.

The rise of the Australian and the sterling

The Australian dollar rose 0.3% to $0.72405. The Norwegian krone also rose, by 0.6%, to its highest level in one month against the dollar, supported by the rise in oil and gas prices.

The British pound also rose, by 0.4%, against the dollar, benefiting from reassurances about the pivot “Omicron”, and a sharp rise in the UK’s short-term government bond yields.

Elsewhere, the Turkish lira consolidated its stunning recovery this week, rising an additional 6% at 11.3 to the dollar, after trading as low as 18.4 on Monday.

The big gains came after President Recep Tayyip Erdogan said the government and the central bank would provide guarantees for some local currency deposits to counter foreign exchange losses.

These were the details of the news Global markets celebrate Christmas despite “Omicron” .. “significant” gains for this day. We hope that we have succeeded by giving you the full details and information. To follow all our news, you can subscribe to the alerts system or to one of our different systems to provide you with all that is new.