The Corona pandemic cost the world’s rich $ 152 billion during... 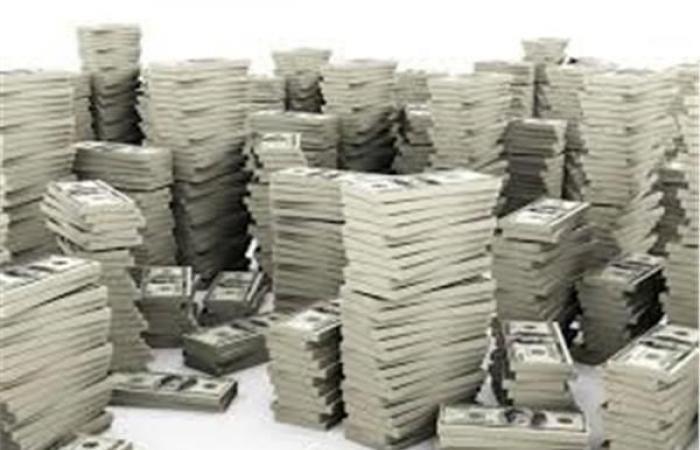 caused Corona pandemic In causing losses amounting to 152 billion dollars to ten billionaires around the world from their wealth during the year 2021.

During this dramatic year, as described by Forbes magazine, world billionaires (2660 people) made a total of 1.6 trillion dollars of additional wealth from the beginning of the year until early December, while some of them suffered losses.

As for the loser billionaires, the largest share of the Chinese was among them. Among the 10 most losing billionaires this year, 6 were Chinese, who witnessed a decrease in their net wealth, in light of the intense selling of shares that many Chinese companies were exposed to, which lost hundreds of billions, under the laws of Strict Chinese and information security related fines and monopolistic practices.

The list of billionaires who lost part of their wealth during 2021 was topped by Chinese Colin Qing Huang, the founder of the e-commerce platform (Pinduoduo), and his losses were estimated at 64 percent of his total wealth, at a value of $ 40.2 billion, bringing his net worth to $ 22.4 billion.

He was followed, according to Forbes magazine, by the Chinese billionaire Gak Ma, one of the e-commerce tycoons, the former CEO of the Alibaba Group, who lost $21.4 billion of his fortune, dropping his net worth to $37 billion.

In third place, and also from China, was the real estate giant, Hui Ka Yan, with a loss of $18 billion, bringing his net worth to $9.1 billion, making his second loss for the second year in a row.

In fourth place came the billionaire, Zhang Yong, from Singapore, who is the founder and president of the largest chain of restaurants in China and has branches in many countries of the world, with a loss of $ 15.9 billion, as his fortune fell at $ 7.6 billion, becoming less wealthy by 68 percent. This is after his company followed the expansion strategy despite the risks of the Corona pandemic, and its adventure by opening 1,600 new sites, and with the waves of the pandemic, the company’s shares lost 71 percent in 2021.

From Japan, and in fifth place, came the billionaire Tadashi Yanai (owner of the clothing empire Fast Retailing), who lost $ 14 billion (a third of his fortune) this year, dropping his net worth to $ 30.4 billion, despite the growth of his revenues until August of the year by 6 percent. percent.

But he was affected by the consequences Corona pandemic In addition to the problems he faced in Vietnam this year, as well as the criticisms he faced related to human rights.

And in sixth place on the list of “loser billionaires” this year, the Chinese billionaire Li Jun (co-founder and chairman of one of the most famous smartphone brands), who lost nearly half of his fortune, worth $ 14 billion, came to an estimated net worth currently at 16.3 billion. dollar.

This is due to the company’s suffering from the supply chain crisis, as well as the electronic chips crisis around the world, as well as intense competition.

In eighth place came mortgage billionaire Dan Gilbert, from the United States, as he lost $13.2 billion, estimating his fortune at $29.6 billion, after a turbulent year in which the shares of his company (Rocket Companies) plunged.

Ninth, comes the Chinese billionaire Zhang Bangxin, who is the chairman of an educational services company, who lost $11.3 billion, bringing his net worth to $1.2 billion, after the Chinese government intensified its attack against after-school tutoring companies this year, claiming that the industry, that thrived during the pandemic, were putting a lot of pressure on children and parents, and they had been severely hijacked by capital.

And in the tenth place in the list of billionaires with the most loss of the value of their wealth this year, came the Chinese Zhong Huiguan, the founder of a Chinese pharmaceutical company, which suffered a loss of 10.4 billion dollars, and her net worth fell to ten billion dollars.

Forbes assessed the changes in the net worth of 2,660 billionaires between December 31, 2020 and December 10, 2021. It then calculated Biggest dollar loser, taking into account those who have investments in companies traded in the financial markets only.

These were the details of the news The Corona pandemic cost the world’s rich $ 152 billion during... for this day. We hope that we have succeeded by giving you the full details and information. To follow all our news, you can subscribe to the alerts system or to one of our different systems to provide you with all that is new.