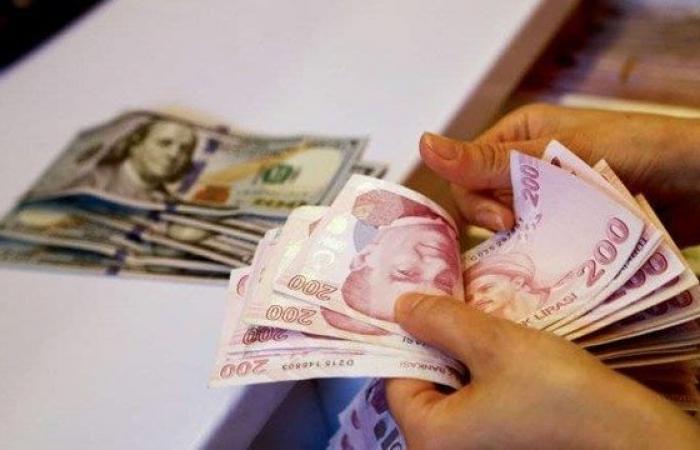 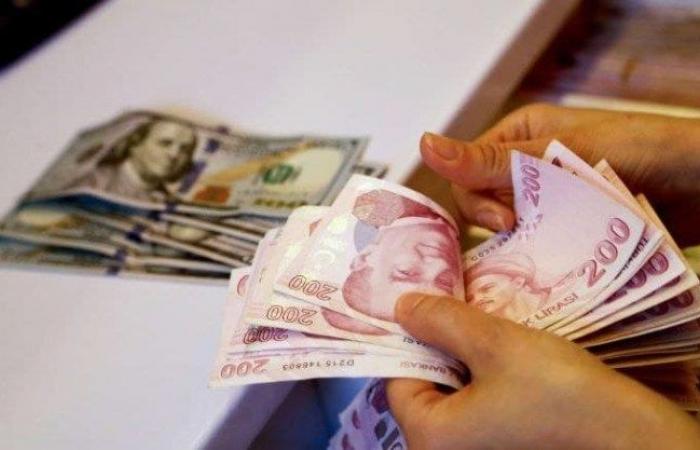 The Turkish lira is still recording a significant rise against the dollar after President Recep Tayyip Erdogan’s statements that the government and the central bank will provide guarantees for some deposits in the local currency in exchange for foreign exchange losses.

The Turkish lira continued to rise and rose 3 percent on Thursday, adding to big gains this week after President Recep Tayyip Erdogan said the government and central bank would provide guarantees to some local currency deposits in exchange for foreign exchange losses.

By 6:00 GMT, the lira recorded 11.7 against the dollar, rising from the closing level yesterday, Wednesday, at 12.05, to settle after record fluctuations this week.

The lira hit an all-time low of 18.4 against the dollar on Monday, before changing course and rallying after the rescue plan was announced.

It is reported that Erdogan took a series of steps, on Monday, to ease the burden about the declining currency and dumping it on the treasury, and urged the Turks to stick to the possession of the lira instead of the dollar.

“The measures will ensure that citizens do not have to convert what they have in lira into foreign currency, while other measures will be implemented to help exporters and those receiving pensions,” Erdogan said after a cabinet meeting.

The Turkish president also indicated that “there is no turning back from the new model based on low interest rates,” adding that “the central bank’s interest rate cuts will lead to a decline in inflation, which currently exceeds 21%.”

He continued, “The fluctuations in exchange rates and prices are not based on economic foundations.”

While official data revealed that more than half of local deposits are in foreign exchange and gold due to the lack of confidence in the lira after years of its devaluation and the decline in the credibility of the central bank.

These were the details of the news Turkish lira continues to rise after Erdogan’s rescue plan for this day. We hope that we have succeeded by giving you the full details and information. To follow all our news, you can subscribe to the alerts system or to one of our different systems to provide you with all that is new.